by Sara Robinson 3 days ago in paranormal 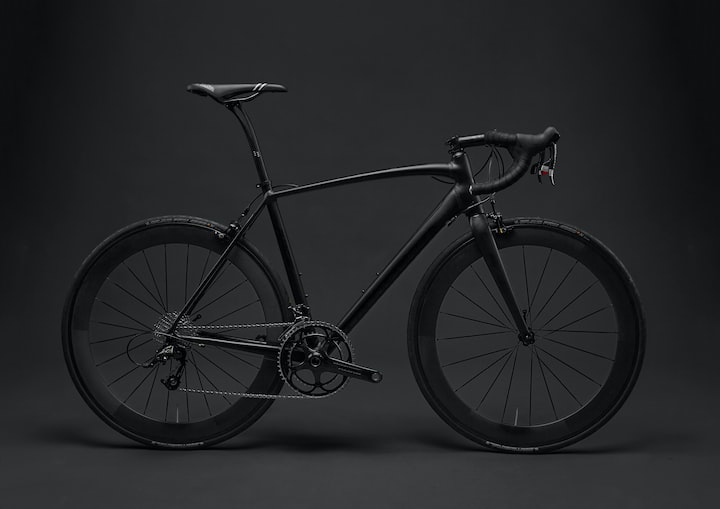 Photo by Mikkel Bech on Unsplash

The seller lived just a couple of blocks away from Alex and Jena, but she did not feel like walking under the harsh June sun of Southeast Georgia.

Jena had what she called “the foggy head”, a common side effect of the medication she injected herself two days ago to prevent her own immune system to attack her joints and organs in a rare yet, self-destructive frenzy.

Jena had been thinking about the bicycle all morning, wondering if she would remember how to ride one, after all, she had only ridden one a couple of times in all her life, that was not even enough time to learn.

-You never forget how to ride a bicycle… - said Alex-, but he did not know certain things.

The suffocating steamy heat inside the car reminded her of home, back twenty years ago, somewhere in South America. She still could see the kids riding their bikes around the middle-class neighborhood that she used to walk through every day on her way back from the dumpster.

Cheering and laughing, in a cocktail of happiness and excitement, with their bellies probably full, and their minds free of worries about the future. They would never have to think about going to rummage through the trash to find something to put in your stomach the next day.

Those memories were still in Jena’s head, even when she thought they had gone for good. The bicycle was about to come to her life in a forceful way, she knew It was going to be a beautiful experience, you never forget your first bicycle. But the hateful and impertinent past gnawed at her mind at times, just to daub her illusions with the blackened, stinking pigments of extreme poverty and inferiority.

They arrived at the seller’s house quickly, the off-white-colored house with green southern shutters and black door was the only one outside the old neighborhood. The ranch style house was surrounded by a tall wood fence, where the only thing pictured from outside was a tree, covered in Spanish moss.

The eerie quietness was killed by the sound of smashing rocks as the tires of their grey 2009 Mazda 3 pressed the gravel while pulling into the driveway.

They pulled halfway into a metal roof carport, where a red old chevy 1965 pickup truck was parked. Alex turned off the car and got off. Jena stayed inside, she did not feel adventurous, the foggy head was starting to turn into a headache, another common side effect from her medication.

Next to the Chevy truck was “The red Schwinn Sanctuary 7 Comfort Cruiser bike, featuring Retro-Styled 18-inch/medium steel, step-over frame and 7-speed drivetrain with front and rear fenders, rear rack and 26-inch wheels”, featuring its red and blue chrome colors, solemnly resting on its kick stand. He took a few minutes to look at it in detail, it was as new, something unexpected considering that it just came up on a Facebook marketplace advertisement. He concluded that the bicycle probably worth much more than the fifty dollars he had transferred to the owner that morning.

The moment of charm was abruptly broken by the sound of his cellphone, it was a text message:

“-Take the bicycle, received the transfer, thank you”- it said.

Alex looked around in all directions, he had the awkward feeling that they were being observed from somewhere inside the house, but he did as he was told, he grabbed the bicycle and attached it to the bike rack in the back of the car.

The bicycle was placed in the garage, Jena looked at it gently, she smiled at her husband and hugged him like he was the only thing she had left in her life. She promised she was going to try to ride it soon, but three days passed, and the bicycle was still there, stranded in the garage, waiting to be ridden.

The third night after the purchase of the bicycle, Jena woke up suddenly, she thought she had heard something. Alex was deep sleep and tired from work, so she got up quietly and walked downstairs, she did not know why, but she needed to see the bicycle.

She went down to the garage, she noticed a strange gloomy light flooding the atmosphere, partially blinding her, it was the bicycle wrapped in a halo of luminesce light.

The fourth night, Jena woke up again, this time she just could not sleep, she needed to see the bicycle again. She went down again, opened the door to the garage and this time, the bicycle was resting on a pool of what it seemed to be blood, dripping from the seat and handlebars. She approached to it and touched it, staining her fingertips with the fresh crimson red liquid.

The encounters with the bicycle in the garage were both creepy and bizarre, but she felt no fear. She did not mention them to her husband, and every morning she was back in her bed, no traces of her escapades to the garage. Somehow Jena and the bicycle had developed a sort of affinity, to the point where sometimes she would just go downstairs and sit on the floor next to it, watching it closely, as if it was about to tell her a great secret, hidden deep inside its aluminum and carbon fiber guts.

A few days had passed when Jena woke up again. It was midnight, the same time she had been waking up during the last days and went down to meet with her bicycle. It was there, brash and bright, but this time, it was moving towards the garage door by itself. Jena opened the garage door and followed it outside the house, she was wearing light blue cotton pants and one of her husband’s old white gym shirts for pajamas. They started walking next to each other like old friends do when they go walking at the park, towards the darkness of the night.

The moon was out, with a silver blaze that only came in handy at moments when the midnight breeze moved the clouds away. At least, she could see the road she was walking through, her neighborhood had some streetlights, but after living it behind, only a few scattered light posts with somber amber lights were visible.

They were moving slowly but consistently headed to an unknown destination. No cars were passing through, but they stayed on the sidewalk, or whatever was left of it, surrounded by the silence sometimes interrupted by the sound of nocturnal animals scattering in the forest around the road.

After a few miles, they entered the old neighborhood where the bicycle was picked up a few days ago. Jena recognized the house, she remembered the dark green shutters, but they seemed to be more like black now. The house was totally dark, no light poles outside, no lights on inside, the bicycle went all the way to the patio, she followed it, she had already gone too far to stop now.

The patio door opened widely by itself, with a slight creaking sound that could only come from old, rusted shales. The bicycle went in, and Jena following it like a zombie. She did not know what she was doing there, but she could not help it, the bicycle wanted to show her something, and the “tranced zombie” was eager to see it.

They entered the patio of the house; it was all fenced with good wood, but the grass was grown past Jena’s ankles. They walked all the way to the center of the backyard, stopping in front of the oak covered with Spanish moss. At the feet of the majestic tree, there was a cluster of stirred-up dirt. It seemed as if a hole had been dug and something (or someone) had been buried inside.

Jena went down on her knees, she started digging, pushing the dirt aside with her bare hands, the “zombie” was not lethargic or tranced anymore. She felt a rush of strength and determination coming from within, the bicycle was there, lying on its kickstand, waiting for the job to be completed.

Jena dug, dug and dug until she could barely feel her hands, in a moment of lucidity, she stopped to remove a lock of hair from her face and looked around, she felt stupid, -what the hell was she doing digging in this patio? -she asked herself, but when she turn to look at the bicycle, the trance took hold of her again, and she kept digging.

She ran into something, finally. First some hair, then a hand with five fingers, and a flower print piece of fabric that once belonged to a summer dress. They all began to emerge from their darkness in a mix of dirt and white lime. The smell of rotten flesh stirred Jena’s insides; she covered her nose with her arm. There was no doubt that it was a human body down there, semi-buried at the feet of that tree that had just turned from majestic to gloomy.

She stopped digging and turned around, the bicycle was starting to move towards to patio door, it was leaving. Jena got up and hurried to catch it, and as if she had never forgotten what she did not really learned, she got on it and began to pedal.

That night, Jena rode her bike back to her house with the avidity and expertise of those who have ridden their entire lives. She enjoyed the feeling of freedom and the freshness of the wind on her face, the pedals were smooth, and her legs felt invigorated. She closed her eyes and saw herself as a child, ridding the bicycle around her neighborhood, her own red and blue cruiser bike. The five-year-old Jena was smiling, she was happy.

The image of Jena covered in dirt standing at their bedroom door at three in the morning was something Alex would never forget. He jumped out of the bed, scared to death trying to figure out what had just happened to his wife. She told the whole story to her husband, and after a shower, she took a long nap, feeling as if she had not slept in days.

Later that morning, an anonymous phone call was made to the police station of the county indicating the address of a house where the body of a woman was lying buried in the backyard.

The bicycle stayed in the garage for a while, Jena ran into it sometimes, but after that night, it became an object, inanimate and soulless… she never rode it again.