by Mark Gagnon 20 days ago in supernatural 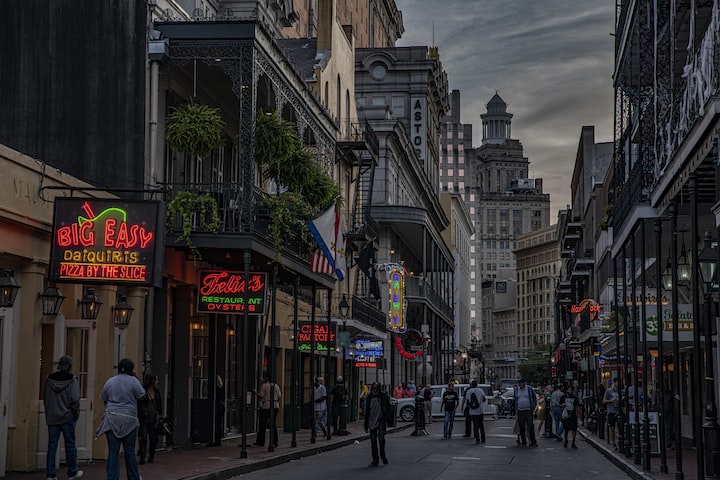 Stan, a 55-year-old traveling sales agent, is a Bostonian through and through. The Red Sox, Patriots, Celtics, and Bruins are the only teams worth rooting for. In Stan’s world, change can never be a good thing. His third-floor walkup apartment is the same one he and a fellow student originally rented while attending Suffolk University 35 years ago. The roommate moved on; Stan never did. Why leave a place that feels as comfortable to him as an old pair of jeans?

Stan felt the same way about his job. He originally got the job because his father was one of the company principals. After his father retired, Stan figured out how to keep his job without protection from above. Early in his career, Stan noticed the top producers from the previous year would either have their quotas doubled or their territories reduced. Once this happened, the heavy hitters would move on. The bottom salespeople usually just got fired. Stan controlled his fate by staying right in the middle, making one or two big sales a year to keep the bosses happy, but nothing to put him on top.

Stan’s love life mirrored the rest of his existence. He had several somewhat serious relationships, but making a full-time commitment, well, it just wasn’t him. Why commit to something or someone that might disrupt his life. Besides, there were plenty of ladies out there willing to spend the night for a delightful meal, a few drinks, or if things got desperate, cash. The problem is, at 55, the ladies in the dating pool were looking more and more like his retired mother and less and less like the coeds and young career women he used to date. Of course, if he were to take an honest look in the mirror… well, no need to go there. Maybe a change in the relationship department was due, just not too much of a change.

Part of Stan’s daily routine was to skim through a copy of USA Today. He did this not because he was particularly interested in current events but because he needed to have something to talk about to his customers besides Boston sports. One story caught his attention, however. Several weeks in a row, there were articles about missing middle-aged, single men. The authorities seemed to think it was the work of a serial killer. No bodies were recovered, only the victim’s personal effects were left in hotel rooms around the country. It was hard to come up with a suspect without a body or a crime scene.

The second Monday of the month meant it was time for Stan to board an early morning flight from Logan Airport to New Orleans. Stan really liked the Big Easy. The city was old, similar to his Boston, with a vibe of perpetual partying mixed with magic. It is also a place where an older gentleman can find a younger lady to keep him company for the evening without needing cash upfront, usually.

Stan had just settled into his window seat, hoping the middle seat would stay empty, when he saw her. The lady was in her late thirties/early forties, with jet black shoulder-length hair, a Middle Eastern complexion, and penetrating gold eyes. She was by far the most stunning woman he had ever laid eyes on, and she was taking the seat next to him. His first reaction, sink deeper into his seat and try to disappear. She is so far out of his league, what could he possibly find to talk to her about.

The lady looked at Stan, smiled, and said, “It looks like the Pats might make it to the Super Bowl again this year”. Stan was flabbergasted! Not only beautiful but a Boston sports fan.

The plane took off and so did their conversation, covering everything from sports to favorite authors and French Quarter cuisine. Stan asked her name, and she replied, it’s Lilith. Jokingly he said, “Like in the TV show Cheers.”

She chuckled and said, “Yes, one of many with my name.”

“Wasn’t that the name of Adam’s first wife before Eve came along?” Stan asked. Anger flashed in those gold eyes and Stan thought he heard her mumble, “The Bitch,” but the moment passed as quickly as it had arrived. She smiled and told Stan few people knew about that Lilith. Stan replied he had read a brief passage about the original Lilith in the bible but didn’t really know much about her.

The conversation quickly moved to other things and continued while deplaning, which is when they realized their hotels were on the same block, so they shared a cab. Lilith’s hotel was first, so Stan thought, it’s now or never, and asked, “Would you like to join me for dinner?”

She smiled warmly and said “Yes.” They agreed to meet at 8:00 p.m. in the lobby of her hotel. Could this be the woman that will change his life forever?

Dinner became a blur of wine, food, and laughter, but much too soon, it was over. Stan was sure of the answer but asked anyway, “Would you like to come back to my room”?

She had a faraway look in those gold eyes and said, “My hotel is closer.”

They made it back to her room in world record time, the passion building as they fumbled to unlock the door. Once inside, clothes went flying and the next thing Stan knew, he was on his back in her bed. Something wasn’t right. It was that damn ceiling light shining in his eyes. He didn’t want to move, but the light switch was on the other side of the room.

Lilith, as though reading his mind, said, “Don’t worry about the light, I’ll get it” and reached out her arm toward the switch on the opposite wall. Terror shot through every cell in Stan’s body as Lilith’s arm stretched across the room. He suddenly remembered the stories about missing men. Stan tried to push her off him and run, but it felt like his body was becoming encased in quicksand. As her finger reached the light switch, Stan realized he was about to learn the fate of those missing men. The light, and Stan’s world, went dark.