MA
by Madeline Ashley 8 months ago in psychological

a small story of an unlikely event 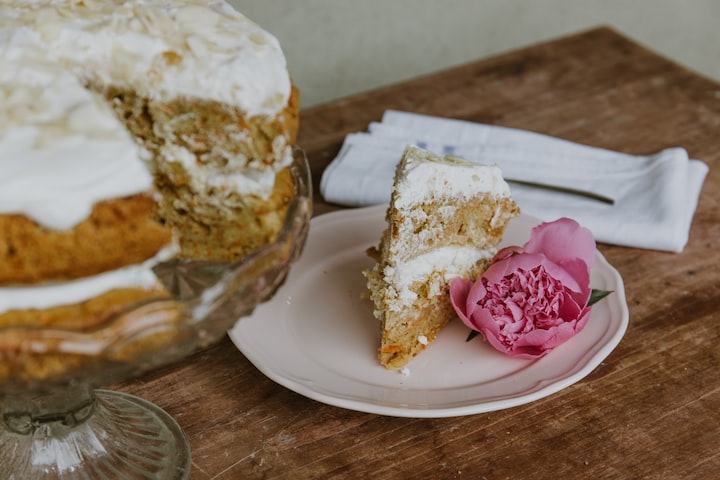 Photo by Alisa Anton on Unsplash

Smiles all around as I sliced the cakes accordingly, this was a peaceful moment. Back into the dining room, I sat with three most important people in my life , all of us gathered at last- they deserved to be saved from their lives of torture of work. The night started of as laughter, food and reminiscing of past events and memories coating my brain with a sense of nostalgia and belonging. My light-coloured hair had been curled to perfection, my lips painted red showcasing my sparkling , innocent smile and my dress hugged my body tightly which caught the attention of John as I served up the meals. His lustful gaze flicked across my body repeatedly throughout the night, at least I had him hooked since the night began - it would make him more easy to surprise. During the meals, that sense of belonging soon changed to anger as Cassie recalled on a group memory of the previous night at the cinema...which I wasn't there for. I had been neglected once again. The familiar fearful feeling of anxiety and jealousy ignited in my stomach as I clenched my nails into the palm of my hand- but those marks can't ever be as permanent as the ever growing feeling of not belonging. Continuing their conversation, I excused myself to the kitchen to gather the cake and plates:

"Do it. Now is your chance. They obviously don't care about you so do it"

Making my way back to the kitchen, I made sure I'd cut the one-quarte of the cake that I had prepared for all three of them specially. As I entered the kitchen, Luke greeted me with;

John and him chuckled like little children whilst Cassie looked sympathetic towards me but I ignored her sympathy and went on with it.

They wouldn't be laughing soon...

After their thanks of the cake they devoured it without suspicion. Once they had finished , I took the plates away , sounds of busy voices died out as I re-entered the room and was replaced with choking- clanks of metal against metal , gasps of air and panic echoed through the dining room. I felt a harsh grip on my wrist, I met it's pleading eyes that were shot with fear , I could feel his heartrate dropping and his skin was decreasing in temperature but he was fighting it. With one swift movement, my knife sank it's teeth into his palm nailing him to the table whilst crimson waves trickled against his ( now) Icelandic skin. Silent but I was satisfied. It reminded me off the countless birthdays I spent eating red velvet cake surrounded by my adoring family and close friends at the time, always joyous , always joyful , always ruined- ruined by John and his irksome antics and pathetic excuse to get attention from me. Constantly through school he would torment me up to the point of tears and self injury and once he had finally grown some brains, some balls and some ego implants, he apologised to me at our final graduation: pathetic. I knew from then on I craved revenge and pain from those who inflicted it. Cassie was the only real close friend I had throughout school although that all went to shit when I had caught her sleeping with Luke ( who was my current boyfriend at the time)- no matter how many times they begged for my forgiveness I never really gave it. Luke even gave an apology again tonight as he walked in , I think my smile covered up the hurt that was coursing through me as he caused the memory to invade my mind again. It dawned on me at that pint , none of these strangers were my friends … they were target soon to be ghosts. Maybe now they all had learned that very action counts for something : karma's a bitch. It's odd the things you remember when you're watching someone die.

Smiles all around as I sliced myself a piece of the unaffected cake delicately, this was a peaceful moment.