by Steve Brewer II 7 months ago in fiction

An Entry in 'The Book of Dark & Wicked Things'

There exists a book with no name. Its cover bears nothing but a strange glyph drawn in blood. Every page is well-worn and filled with Latin prayers a Roman priest wrote, hoping to contain the evils he saw within the book.

To say the book itself is evil is like a person in ancient times saying lightning is evil. The book and the powers it holds are merely outside our current realm of understanding.

Its contents have been a closely guarded secret for thousands of years, for those brave enough to open it knew its contents would spark mass panic. The Book of Dark &amp; Wicked Things, as it has come to be called, rebukes one of the biggest lies told in human history; monsters exist, and the book details the dark and evil creatures of the world. 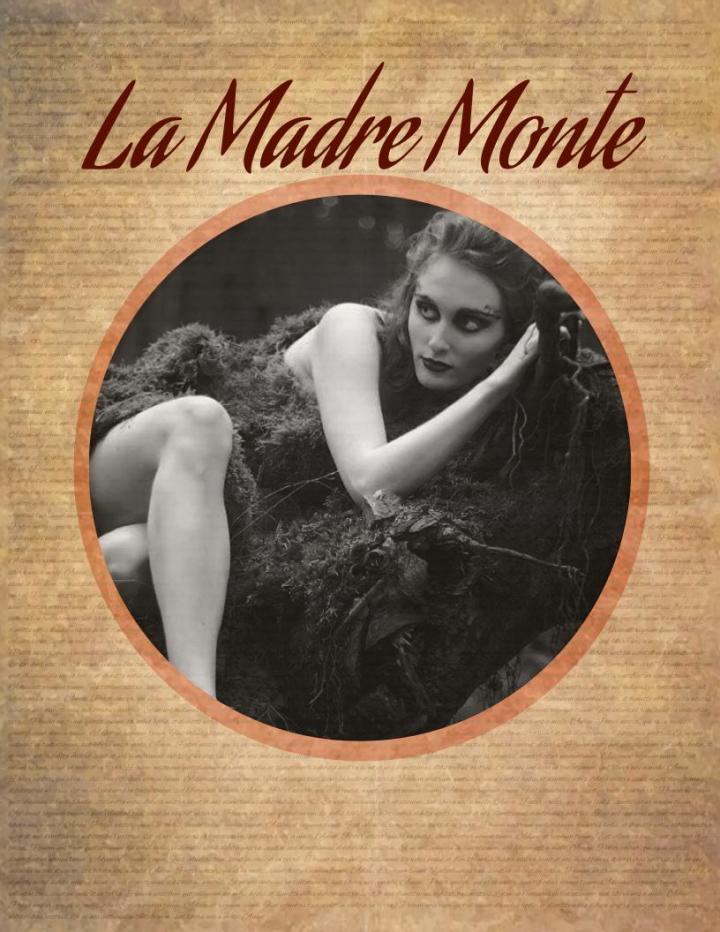 T.S. Eliot once wrote; "Most of the evil in this world is done by people with good intentions." Besides the "people" bit, his quote is oddly suited for La Madre Monte. La Madre Monte is not an evil being, but how she protects her territory is cruel if not downright evil.

The original La Madre Monte hailed from Columbia, her exact origins are unknown, but it is now clear that La Madre Monte has bred and its population has spread across the Americas. The Book of Dark &amp; Wicked Things has recorded La Madre Monte encounters as far as Georgia and Florida in the north and Chile and Argentina in the south.

The Book of Dark &amp; Wicked Things recorded an encounter two friends had with a La Madre Monte while backpacking through Central America. Their current whereabouts remain unknown.

"I told you that thing would be a waste of money, Kyle," his companion said from behind him. "We don't need a GPS, we have the sun and a compass to guide us."

"Eric, you got lost in your backyard."

"Screw you, asshole. You know I live on seven acres."

"Whatever man," Kyle said as he slipped the GPS in one of his jacket pockets. "Before it crashed, the GPS said we should go another two miles in this direction. Why don't we go for another half hour before trying the GPS again?"

"We should chuck that piece of crap."

"Eric, we are lost as it is. We are not going to throw the GPS away and try to bushwack out of the jungle."

"Fine," he sneered as he held up his hands in a halfhearted surrender. "If it will get you to shut up then yes. Let's go the direction the faulty piece of crap was telling us to go in before it kicked the bed."

Kyle started down the trail and Eric followed close behind. After a short time, Kyle stopped without warning, Eric did not notice and walked into him.

"There's a sign posted ahead," Kyle pointed to a tree ahead of them.

Eric looked past Kyle and saw the sign. It was large, about four feet by four feet, and covered with rust and filth. The words were worn.

"It says something... it looks like 'la madre monte'."

"And what does the piece of crap say?"

Kyle took the GPS out of his pocket and turned it on.

"It says we have to go through there."

"Then we go through, rather risk meeting la madre monte than listen to you complain we're not using the piece of crap."

"Come on you chicken," Eric walked past Kyle and stopped in front of the sign. "We have a lot of ground to cover if we are going to make it to our pickup on time and we are losing sunlight."

"I guess you're right," Kyle shut off the GPS and put it back in his pocket.

Eric stepped past the sign, a strong gust of wind tore through the jungle. The trees around them groaned as the wind bent their limbs. A woman's voice whispered through the canopy of leaves and vines as it became caught in the gust.

"What the hell was that?" Kyle asked as the gust past.

"It was a gust of wind," Eric answered flatly. "All the reason for us to keep moving."

"There's a girl up ahead." Eric pointed to a thicket of trees directly ahead of them.

Kyle studied the trees for a moment before he saw her too. She was almost camouflaged perfectly to the tree branch she was laying on. She had unkempt black hair and wore a moss dress that stopped above her knees.

"What should we do?" Kyle asked as he stepped closer to Eric. "Turn back?"

"Backtracking would lose us more time, and the nearest trail we could hike back to was a day back. Besides, what if she needs help?"

"I am not backtracking," Eric took a step toward the girl. "Excuse me?"

She did not acknowledge him.

"You don't know that," Eric took another step closer and waved his arms. "Excuse me! I am sorry, but we are lost. May we cross your land on this trail?"

"Eric!" Kyle jumped back in surprise as he pointed behind Eric.

Eric turned and found the girl was right behind him.

The jungle blurred around them, the trees vanished as the ground fell away from beneath them and they fell with it. Kyle landed on his stomach with a loud cracking sound coming from his chest. A deep, radiating pain came from his rib cage as he let out a cry of anguish.

Eric's voice came from somewhere above him. Kyle caught a brief glimpse of Eric before he vanished over the edge of a cliff. Kyle struggled to his feet, any slight movement caused intense pain to go through his chest. He staggered to his feet after minutes of struggle, to him it felt like an eternity, and he hobbled closer to the cliff. Far below he could see where Eric had fallen. His body was strewn across the rocks like a doll discarded by a child who lost interest.

Kyle stepped away from the edge of the cliff and finally took in his surroundings. He was on a cliff overlooking the ocean. If it were not for the pain from his hurt rib he would think he was dreaming.

"Where the hell am I?!" He asked as he took out the GPS and turned it on.

It took longer than usual to load.

The GPS beeped and a pit formed in his stomach when he read the message.

Error: Unable to connect to satellite.

Kyle shut off the GPS and turned it back on, but eventually, the same message displayed again. The realization came upon him like a silent dread, he was truly lost.

Previous Entries in "The Book of Dark & Wicked Things

Vampires: The Tunnel of Love