by Zephyr Zywick 12 months ago in fiction
Report Story 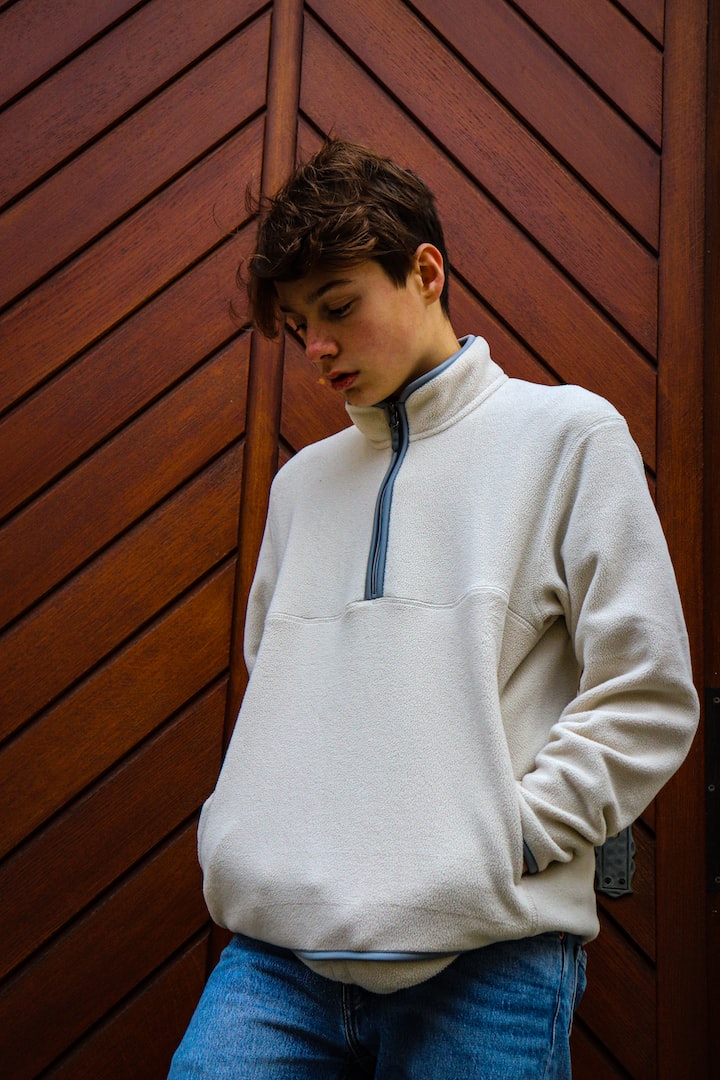 Photo by Sébastien Mouilleau on Unsplash

I don’t know what caused the end of the world. When you live it, it’s not like there’s a TV movie to explain it. There weren’t any news stories. There wasn’t any electricity. Everything just turned to shit overnight.

I went to sleep. The next day, the world was in a battle between the living and the dead. Well, the undead. Was it a virus? A plague? Bio-engineering? Chemical warfare? I don’t know and really don’t care either.

Life, now, that’s what I want to tell you about: the struggle to survive.

Man versus man. Man versus machine. Man versus nature. All of it. Each battle rose up, faltered, withered, and died. There was no war anymore. No nations. No governments.

Whatever you thought civilized people would do in a shit-hits-the-fan scenario, it didn’t happen here. People didn’t band together. There weren’t any cute little farms where people grew food and livestock.

Dude, people shot each other, stole from each other, depleted decades worth of stored food and product in just a few years. You think the toilet paper shortage was bad?

This was beyond, man.

Friendly people? There weren’t any. The friendliest ones were just predators who couldn’t shoot from a distance or didn’t want to draw the attention of wandering zombies. They would still kill you without blinking. And your kids. And your dog. There was no honor, no refuge.

People, what was left of them, became nomads. They ate what they could find–whether that was rodents, fruits and vegetables, or your Uncle Richie. The population waned. That made it harder to find food–if the living were your food. But it reduced the competition hunting for food. It was a double-edged sword.

Zombies, the undead, whatever… not like in the movies. Well, I guess, not all movies were the same. Some depicted them being fast, some slow. Some had them eat brains. Some ate anything alive.

These undead were, like, loners, first of all. They didn’t swarm in groups, ever. They didn’t even seem cognizant of each other. It was like they were lost in their own worlds as much as the living were. They didn’t eat brains, specifically, which makes sense to me because teeth don’t really penetrate skulls in real life. I always thought that was such an obvious plot hole. The undead fed mostly on blood, which in my mind, was more vampirish than zombie. What do I know? I learned from movies.

I mean, people just made that stuff up. It’s not like anyone could have gotten it right. Right? Zombies were fiction. Vampires were fiction. So, this bloodlust for blood, from a walking-dead person who wandered alone, wasn’t going to match any famous book or movie. It’s like nobody consulted any writers before creating the end of the world–if it was even created. It could have been natural. I’m no scientist.

The one good thing, which is a real stretch, is that I don’t have to finish high school. But, man, did I get an education that I never expected. I tried to remember all the ways people killed zombies from video games and movies to help me survive after I got left alone in the fray. The thing was… none of that was real.

It turns out, in case you need to know, there really isn’t any specific way. Undead bodies still function. Their skin doesn’t fall off. You kill them the same way you would kill any living person. It’s more like… they have a disease. It makes them kind of glassy-eyed, disaffected. It takes away their speech and makes them silently roam the Earth, going for the jugular of whatever animal or person stands in their path.

They aren’t super-fast or super-slow. In my opinion, they are relatively lazy. I’ve seen a bunch of them at pretty close range. This one time, I chanced upon this zombie guy who was bent over a victim. I’m walking and I come around some bushes. We’re face to face. But he seems full and doesn’t give a shit that I’m there. See? He’s lazy. And that day? I’m lucky.

I don’t know what happened to my family. You’re probably wondering about it. So, I woke up Saturday. They weren’t home. Probably running errands. They never came back. At some point, there was no food, nothing to drink. I thought it might be safe to go out. I packed a backpack with a hoodie, some knives, some sunscreen, a tube of antibiotic ointment, a deck of cards... I, literally, had no idea what to pack. I added a spoon and fork, and a small cup. I never thought I wouldn’t be back. I never thought to get a pan or pot or first-aid kit. No spare shoes. No coat. I added my favorite video game in case some place had electricity. I was a hopeful kind of guy. Back then.

I’m not sure, but I’m guessing that’s like a month or so after it all went to shit. I should have marked stuff down. Let me go into more detail here. I’m not really a storyteller, okay? Also, I haven’t had anyone to talk to like this in a really long time.

I thought my parents would be back. Like always. I noticed the power out when I couldn’t play games or message anyone. But that didn’t mean things were really wrong. My mind didn’t go there.

My parents not coming home Saturday night… that sunk in. I feel kind of bad now, because I hung out in the backyard at the pool and relaxed with Jojo. She was a cool dog.

When they didn’t come back by Sunday afternoon, then I thought it was just me. What I mean by that is, well, I didn’t listen to them a lot. They yammered on about crap and I was usually wearing a headset and in a game. I figured they’d told me they were going away for the weekend, and I’d ignored it. I figured it was my bad luck there was a power outage and I had no car to go anywhere.

When Monday came, and they didn’t? So, then that was bad. I got scared, I guess, if I admit it.

So, I walk to the neighbors, right? Because I didn’t have a car. I told you that. I knock on the screen door. The main door is open.

I walk to the kitchen. The dog is on the floor, dead. Blood all over. The lady who tutors me is sucking blood out of it. She looks up at my stunned face, unconcerned.

A heart-shaped locket hangs around her neck. It’s smeared with blood.

“Shit.” I trip backwards against the counter. She’s not herself–that’s for sure. Her eyes are kind of glassy. She looks like she’s daydreaming, but she doesn’t take her eyes off my neck.

I glance at the dog and see the neck wound. It’s not a good moment for me.

I did not learn how to deal with this in STEM classes.

There is a knife set, one of those wooden blocks, on the counter. I reach for a good one.

“Now, I don’t want to hurt you,” I say, feeling pee warm the front of my pants, “but you need to stay away fro–“

She lunges at my neck as I force the knife deep into her chest. She drops.

That’s my first kill and the first moment I know Monday’s world is not the same world it used to be.

I’d spent the weekend, poolside, while civilization was disintegrating all around me. So now I caught you up.

Back to where I was with the other part.

People were nomads… are nomads.

Jojo didn’t last very long, by the way, but I’ve been really lucky. I think video games helped teach me how to be a survivor.

Now, there is only one goal for anyone who remains: survival. Finding food is the most difficult part of that.

There are only two truths in this dystopia.

Two, the living fight the undead.

Whichever way you look at it, the enemy is people. Whether they’re still alive or not is no longer relevant.

Every encounter is a Thunderdome battle. It’s a fight to the death. Winner takes all.

I’m telling you this because I’m alone. I haven’t talked to anyone in years.

Across the way, I see this guy. He looks me up and down. I can see him thinking.

I don’t really want a battle today. I’m so tired of fighting, but there is some instinct in me that says: survive.

He walks toward me, gauging how to approach me, and take me down. Why are people like this?

Okay, I guess this is happening.

This dude looks like he’s seen his day. His shirt is ragged. He’s too thin. He looks weak. To me, it’s obvious he doesn’t want this either.

He says something to goad me, but I stay silent.

I stand here, wondering if I don’t act aggressive, don’t try to fight… what will he do?

I think about my neighbor, my first kill, her locket smeared with blood, her poor dog. I would have let her just go about her business. Truthfully, at that time, I was scared and just wanted to escape with my life.

Over the years since that encounter, I’ve been through these showdowns so many times.

He pulls a medium knife from his belt and starts to circle me.

Why? Why does this keep happening? If he couldn’t befriend me, why couldn’t he just move along? Live and let live? What was so worthwhile to him that he had to end me?

He talks some more shit. I use restraint and don’t engage.

I’m surprised he’s survived this long. I’m not being mean. I watch him circle me. He steps right into the sunlight and momentarily blinds himself.

Just for a second.

I go straight for his jugular and his knees buckle. The knife falls from his hand.

Gently, I lower him to the ground, grateful to feed. I am hungry, after all. Once done, I look at the mess and decide to walk down to the stream nearby. That’s why I like the area. If I wash off the blood while it’s still wet, it doesn’t stain so much. I don’t look so menacing. I blend in.

I amble along, then, missing poor Jojo. It wasn’t her fault her love for me was unconditional. Come to think of it, it wasn’t my fault that my love for her wasn’t. I have come to realize I have certain needs.

It’s been a long time since I had a worthy visitor.

Stop by anytime. I don’t bite. Well, okay, I do. Better come when I’m full. I need to sleep now, but I made it through today.

One more day, one more battle. Check back tomorrow.

More stories from Zephyr Zywick and writers in Horror and other communities.