by Mr. Davis 6 months ago in supernatural

Could a man be so vile, that Satan themselves drags them to Hell? Maybe... Maybe not. 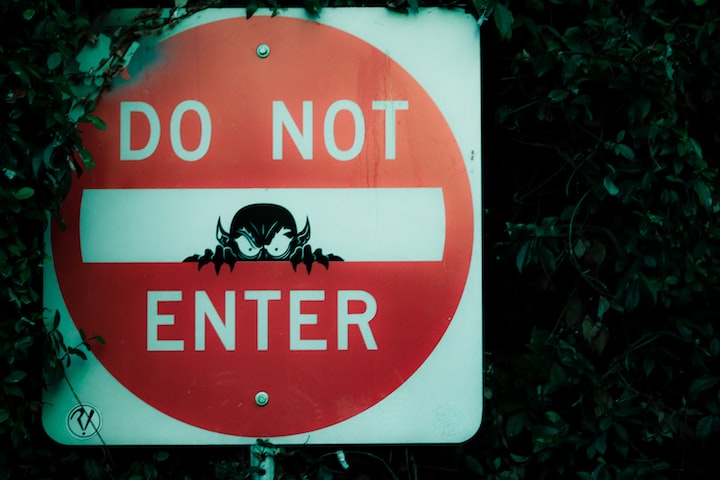 Photo by Tech Nick on Unsplash

It isn’t everyday we dive into an unsolved case as old as this one but when I read about a man who many say was abducted by Satan himself, I was incredibly intrigued. Of course, given the age of this case, pictures will be sparse, but luckily newspaper archives are available to us that lay out this story very well. So without much further ado, let’s jump right into the story behind Owen Parfitt’s baffling abduction.

Part I: Who was Owen Parfitt?

From all accounts online, even those from articles published in the 1800’s, Owen wasn’t nesscicarially a kind man. Though, he could have just been rather abrasive given his past. His story begins in the late 1700’s. At this time he was living in Shepton Mallet, in southwest England. Before settling down there, he served some time in the military, stationed in Africa, and was apparently quite the womanizer. Among the numerous stories he would retell to those around town, many of which were believed to be fabricated, he made mention of the numerous women he’d taken to bed.

Not only this, but he described himself as an incredibly fearless soldier talking of various battles he’d taken part in during his time serving in the military. Even before this, however, he spoke of his life of crime that included piracy. All these stories, and experiences seemed to have caught up to him by the time he reached his seventies, though. It was 1768 that he began staying with his sister most definitely not by choice, but necessity. Owen had become nearly totally paralyzed by this time, and was unable to take care of himself.

Part II: The Vanishing of Owen

His sister, along with the help of a young woman named Susannah Snook who would aid Owen’s sister in moving him from the bed to his chair where he would then be taken to wherever he needed to be in the house. On days where the weather was nice and pleasant, they’d bring Owen outside to the porch and sit him in an old wicker chair to enjoy the fresh air. From an article published in 1877, “One day, as the sun was shining very brightly, the two women wrapped Owen Parfitt in an old great-coat and carried him in his arm-chair outside on the doorstep, so that he might sun himself for a while.”

Everything seemed to be going to plan up until that point. Then one of the strangest things took place on that cool, June day in 1768. An article from 1965 explains it well. “On June 6th of that year the morning had been rather cool and windy and Owen had been confined to the house, but when it turned warm and sunny in the afternoon his sister moved him outside to the spot he loved so well.”

“For half an hour or more (NOTE: Some articles say it was only 15 minutes) she chatted with him, and during that time she was never more than 20 feet from this man who was paralyzed from the waist down. She had no more reason to suspect that anything was amiss until she failed to get a reply to a question. She repeated it, without result. She hurried to the door and discovered to her amazement that the chair was empty, the blanket tossed aside, and her brother was gone.” A man, who couldn’t walk and was just a few feet from someone just… vanished.

Now, we need to take a second to address the differing claims at this particular point in the story. Given the fact that this story has become quite the urban legend, the story has seen some changes over the years. Real Unexplained Mysteries claims that Owen’s sister enlisted the help of a local to move him to the porch, but I don’t believe that to be true. As we stated before, she had someone there who was seemingly capable of helping. They also state she stepped out to bring him in because of an oncoming thunderstorm, but I can find no mention of this anywhere else.

Finally, another online publication, The Spooky Isles, states that Owen’s sister left the house to run errands and returned that night with a neighbour, they refer to as Susannah Snook; the woman we mentioned before. This goes against the 1965 article I made note of a few moments ago. I for one was more inclined to believe the story that was published in 1877. While it was published more than 100 years after the fact, it was, for sometime, the earliest publication I could find talking about it. Until I ran across an article published by The Bath Chronicle in October of 1789; just 21 years after he vanished. It's rather hard to read, but I’ve highlighted that part I’ll be quoting.

The article states, “Sometime in the summer of 1765, he had a desire of being brought down stairs which, with the assistance of some of his neighbours, was accomplished, and he was placed in an armchair,” “In this situation he was left a few minutes, and strange to relate-He has never been seen, nor heard of since. This extraordinary affair happened at our about noon, and although every possible means were used by many gentlemen of Shepton-Mallet to discover the true cause of it, their endeavours were fruitless, and the matter still remains involved in mystery and doubt.”

So finally, we know that the woman that aided Owen’s sister was likely a neighbour and that Owen was likely alone for a short amount of time. There is no mention of his sister leaving the home for an extended period of time. Still, though, how did Owen just vanish like that? Well, let’s look a little more into what took place right after, then we’ll hop into some theories, and wrap this up.

“The first alarm was raised by the sister, who was found by Susannah Snook, who had only quitter her a few minutes before, crying bitterly for the loss of her brother.” So, Owen’s sister was the first person to notice him gone. This likely came from her venturing out to make sure he was okay after not responding to her questions. The article goes on to state that the word of Owen Parfitt, a man nearly everyone knew, had gone missing spread very quickly. Neighbours and police made their way up and down countless roads connecting back to the Parfitt house, walked miles and miles through fields, and even dragged several nearby rivers but nothing came from their efforts. It really seemed that Owen had simply up and left only… he couldn’t walk.

Even if he’d somehow mustered up the strength to make it out of his chair, there was no way someone wouldn’t have seen a man dragging himself across his yard. An 1877 article states, “His cottage was on a turn-pike road, surrounded by other cottages close at hand, and one hundred yards from the streets of the town, and he must have passed along clothed only as he had been taken from his bed.” So not only were there many neighbours near him, he was only just a stone’s throw away from streets that many people would be commuting into town on.

Still, despite the mystery, the search continued for 2 days. There was mention of a very heavy rain, and thunderstorm coming the night of Owen vanishing, that many believe set in stone that he wasn't going to be found, and if he was, it wouldn’t be alive. The 4,000 to 5,000 people who lived in town slowly but surely stopped their efforts to find Owen and his story was cast aside into the numerous other urban legends that haunt many young boys and girls today. The only problem is… this isn't a legend. And this is where we can talk about the strange theories that have come about in Owen’s case beginning with the most plausible.

The most logical explanation to Owen’s vanishing is that someone took him. At some point in the day, when his sister and the neighbour were away, someone, most likely at least two people, came onto the porch and took him away for reasons unknown. I say more than one person simply because he was paralyzed from the waist down; whoever took him had to either be strong enough to carry him, or have someone there to help. This of course leads to the question of who could have done it. Well, some believe those stories he told about his days wreaking havoc may have had some kind of truth to them.

I’d say this isn’t too far fetched of an idea, really. It seemed as if Owen did a lot of people wrong, and perhaps some of those people lived nearby and were tired of hearing about it regularly. From what I’ve read, none of the neighbours' houses were searched so who’s to say that he wasn’t carried off to another house, and held captive there until his final days? It would be near impossible to look in now but I believe searching the nearby houses was a missed opportunity. Even so, how could someone have made it off with him quietly? He could still speak so surely if someone were trying to grab him, he would scream out for help.

Another, less plausible theory is that Owen was simply tired of living in that house and up and left on his own. This theory insinuates that the paralysis was all an act and the man had decided it had gone on too long. If he had been faking it, his legs would still be incredibly weak after not being used for such a long amount of time. I find it very unlikely that a man in his seventies, with hardly any muscle left on his legs, could run off and hide before his sister, who was well bodied, could find him. Also, the neighbours and those passing by would have surely seen Owen, a man known to be paralyzed and rude, stumbling across his yard.

Finally, and I’m sure you’ve guessed this given the title of the video, some believe he was taken by the Devil himself. Taken to Hell, where many believed he would end up. One of the people who peddled this theory the most was his own sister. She has been referenced as one of the first who suggested it saying that all his bad deeds had finally caught up to him. In the 1877 article we’ve mentioned it stated, “The day had been fine up to the disappearance of Owen Parfitt, which was followed by a terrific storm of thunder and lightning and rain. He had been a wicked-perhaps a frightfully wicked man in his youth. ‘Putting this and that together,’ there could be no doubt about the matter. The old soldier, slaver, and tailor had been carried off by the devil!”

Horror-centric YouTuber who's looking to branch out a small bit. We'll try this out and see how it goes!