Give it a Name

by Matthew Batham 4 months ago in fiction

A story of survival 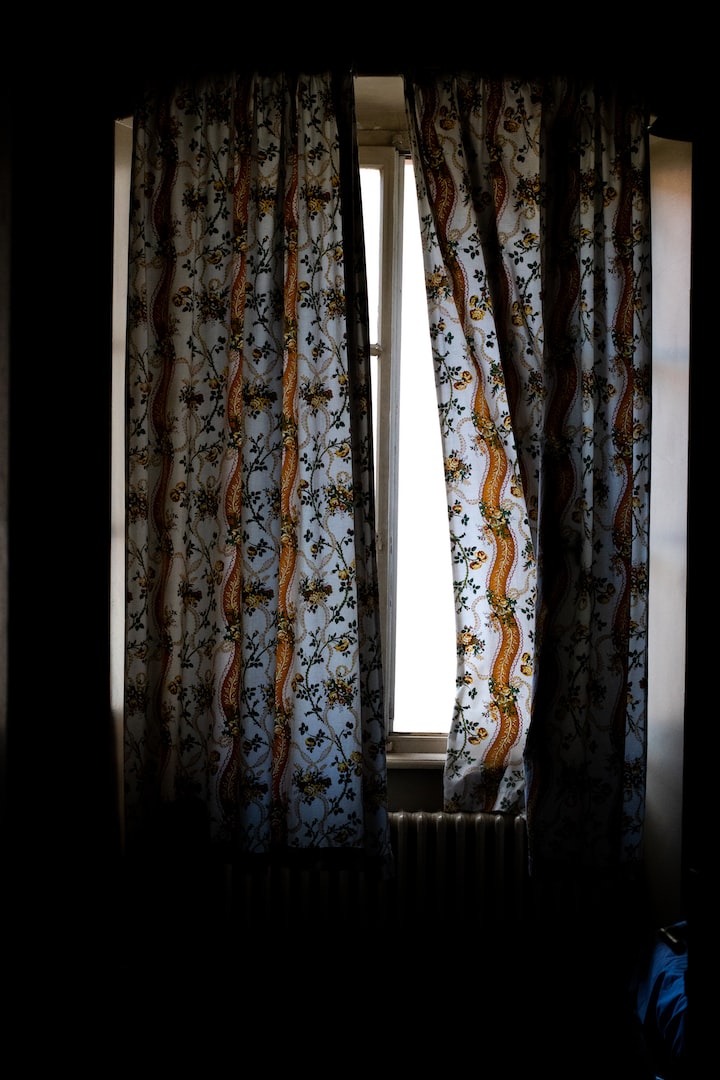 Photo by Marisa Harris on Unsplash

Give it a name, they’d said. If it has a name and a personality you can talk to it, tell it to go away; treat it like an unwelcome visitor.

Wendy had taken their advice, the do-gooders on the alternative cancer support web-site, and now she was lumbered with it – a hideous, tumour-like monster that crouched in the corner of her bedroom at night, whispering and gurgling to itself. She’d wake up in the night and smell it, hear it shift from its corner, and retch as the stench grew stronger.

She’d been told she was in remission two months earlier, but the thing still crouched there – Luther, she’d called it, two years earlier, before it had become this monster in the bedroom.

“Why are you still here?” she’d shriek when ignoring it became too hard. “I’m better, I’ve beaten you. You’re supposed to leave!”

Sometimes she’d hear it creep down the stairs in the evening, its feet making wet, sucking noises as they trod upon the varnished wood. It would skulk in the hall, staring at her back while she pretended to be glued to the TV screen. She’d watch the reflection of its jittering, wet form until the tension became too great.

“Get out!” she’d scream, finally snapping. “Luther, go back to wherever you came from. What are you?”

And it would scuttle back upstairs to wait for her in the bedroom in its dank corner.

Wendy had met Sharon in the hospital after her first dose of radiotherapy. They’d both tried to be positive about their respective illnesses. Sharon had not been as lucky as Wendy. She was dying.

“I tried giving it a name, like you did,” said Sharon from her bed. “But Boris just kept growing!”

“I never did like the name Boris,” said Wendy, gripping her friend’s hand. She noticed how dry the skin was. It felt cold, as if the flesh was already dead. She glanced in the corner of Sharon’s bedroom just in case Boris was skulking there.

“Are you afraid?” she asked, deciding not to skirt round the issue.

“Of dying? Not really. Not at all, actually. I’m glad I’m at home and not in hospital. I’d hate that – dying somewhere so clinical. Imagine the last thing you smelled being disinfectant. I want to die here with John sitting next to me and the smell of fabric conditioner.”

“It terrifies me,” admitted Wendy. “You’d think coming so close would have given me some enlightened view of it, but it hasn’t. I just think about it even more now.”

“I’ll try and come back and let you know what its like,” said Wendy with a laugh, that deteriorated into a hacking cough. “I think I need to sleep now, Wendy. Sorry. Could you ask John to come up once he’s seen you out?”

“Of course.” Wendy kissed her friend on the forehead. She could smell something other than fabric conditioner – nothing dirty, just something that scared her.

Sharon died two days later. John telephoned to let Wendy know. He said Sharon had gone peacefully, but Wendy thought he might have been sparing her feelings.

As she replaced the receiver she felt the creature staring at her and turned quickly to see it standing at the top of the stairs.

“Eavesdropping now are you?” she spat.

It snarled, red drool hanging from its slack mouth, and backed into the bedroom.

All day Wendy kept expecting some sign from Sharon – a thumbs-up drawn in the vapour on the bathroom mirror; a smiley face in the dust on the bedside table; or, looking on the bleak side, a piercing shriek echoing through the house and shattering all the windows. But the day passed uneventfully.

The creature was in its corner when she went to bed. It glared at her through its bloody eyes as she pulled the quilt over her head and lay in the dark waiting for sleep. She thought of Sharon and imagined that she really had died. Maybe she hadn’t sent a sign, because there was nowhere to send a sign from – just rest. Release.

She threw the quilt back and looked at the creature, still watching her gloomily.

“You’re not my cancer are you, Luther?” she said, and it stirred, crawling on all fours towards the bed. “I think I know what you are.”

Wendy took a deep breath and patted the bed beside her. “Come on,” she said.

Luther cocked its head to one side; red globs dropped from its mouth onto the carpet, where they steamed for a second and then evaporated – the creature never left any traces that other people could see.

And Luther leapt up next to her.

“Now we’re going to go to sleep,” said Wendy. “If it’s my time to go, take me, if not, I want you gone in the morning. Goodnight, Luther.”

Wendy pulled the quilt over them both and beneath its soft warmth she embraced the thing that had crouched in the corner of her bedroom for years, held it close until she felt its heart beat.

In the morning it had gone.

I love to write. I’ve written children’s novels, books for young adults, loads of horror and quirky stories which have found homes in magazines and on websites in the UK and in the States. Here a link to my latest fantasy novella.