Ghost in the House

by Katherine Keyes 14 days ago in supernatural
Report Story

A truly spooky story from Ireland 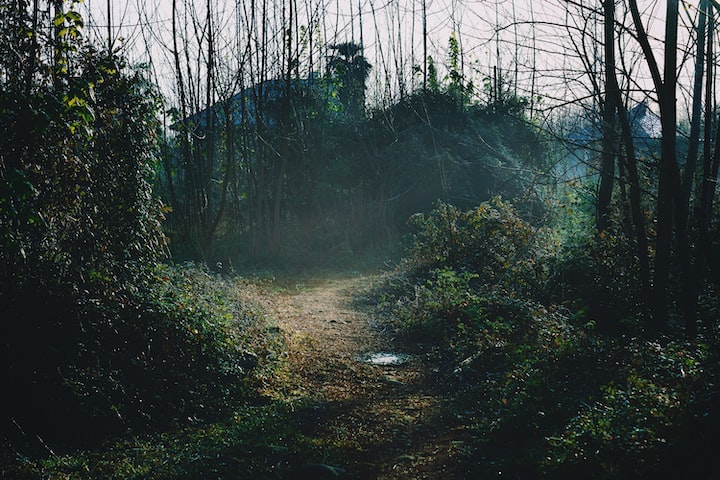 Photo by Milad Fakurian on Unsplash

I am partial to a good scary story. Yet living through one is a different kettle of fish.

In 2000 I moved to Dublin in Ireland, to pursue a career with Microsoft. Microsoft's offices were in the suburbs. Dublin’s public transport could oftentimes be slow and unreliable due to the city’s traffic.

For that reason, I decided to rent a room in a house in Leopardstown, a quiet and rural south Dublin suburb. I house shared with the owner of the house, a young Irish professional, who lived in the house as well. He was chatty and easy going. Living with him was rather nice. I considered myself lucky to have found a place close to my place of work, at a reasonable price.

There was just one thing that was bothering me.

I did not stay in the house alone at night very often. When I did though, I’d hear sounds — like footsteps and tapping. At first, I thoughts it was the sound of the house creaking. Perhaps due to temperature changes. Or a sound coming from the pipes in the walls. I was too terrified to admit that what I was hearing was most likely not that.

After all, the footsteps could not have been mistaken for anything else. The footsteps would start at the bottom of the stairs, and then slowly but surely continue upwards, step by step. Then the steps suddenly came to a halt in front of my bedroom door. It used to scare the living daylights out of me. I would be in my bed, tucked in. Afraid as much as to make a sound. After what would feel like an eternity the steps would retrace. After some time, I preferred to stay at a friend’s house when I knew that I’d have to be in the house alone at night.

I decided not to say anything to the owner of the house and his girlfriend, who would stop by at times. I worried that they would shake it off as my overactive imagination, or worse, consider me plain silly.

In around 2002, Ireland’s Celtic Tiger economy started to fall into a recession (which was full-blown by 2008). Due to his reason, I lost my job and decided to move back to Prague.

About a decade later I got the opportunity to fly to Dublin on a business trip. Out of sentiment, I wanted to visit the old house I used to live in. I reached out to the former housemate of mine, the owner of the house. He informed me that he would love for me to pay the house a visit. Unfortunately, it was not possible. He had sold the house.

Half-jokingly, he added the reason was a ghost in the house. He and his now-wife were creeped out too. They no longer wanted to live in the house. Completely stunned I asked:

Oh, so you used to hear the footsteps too?

To which he replied:

What are you talking about, we used to see the ghost, standing in the corner of our bedroom. A rather tall male figure.

My jaw dropped to the floor. He had to be kidding me, right? He was not. For some reason, I assumed that the name Leopardstown, where the house was located, was derived from leopard, the animal. Boy, was I wrong!

We have most likely had a ghost of a leper in the house. Phew, shivers!

Leopardstown comes from Baile na Lobhar which means “Town of the Lepers” and arose because in the middle ages people with leprosy were kept outside the city to avoid infection. Leprosy was common in Dublin in the medieval period and in the 14th century, a leper hospital named St. Stephen’s Leper Hospital was built near St. Stephen's Green, giving it the name. It was later moved out to the Dublin mountains — the area where it was sited became known as ‘Leopardstown’. (Wikipedia).

Not sure why I would even think that leopards lived in Ireland, to start with. Seems that I am not the only one to think so though. Even Bob Geldof sings in a song called The House at The Top of The World:

Soon I’d come to the Leopardstown dual carriageway … I don’t remember a town being there and I never saw no leopards.

More stories from Katherine Keyes and writers in Horror and other communities.