by Bazooka Teaches 3 months ago in fiction

The Outlandish Adventures of Mr. Pitts

He kept calling while he kept walking a red path in the dark. He kept yelling out for his black cat named after his father.

In the distance, he could hear his cat. The low-pitched meow echoed in the distance. Then suddenly, he heard his name. In fact, it was his last name.

Interrupted abruptly by a break of a reality check, Mr. Pitts looked to his left and saw a server standing there with a confused smile.

He was caught in a daydream. In actuality, he was caught staring into candlelight with a sad smile in his face and tears in his eyes.

"Oh yes, excuse me. I was just thinking of an old friend."

Mr. Pitts sat at his table smiling at the server.

The server, looking flattered, asked, "Would you like to start off with an appetizer?"

Wow, she was quite a catch, Mr. Pitts thought as he kept smiling at the gorgeous-greened-eyed-olive-toned brunette.

"How about a Ceasar salad?"

"Why not," replied Mr. Pitts while his charm slightly dwindled.

The server turned away.

"We don't serve anchovies with our Caesar salad sir," she stated after turning back to face him with a disappointing look in her pristine face. Her green eyes changed as a ray of light sneaked into the room.

"Is this an Italian restaurant?"

He smiled at her, kicking in the charms at 110 percent.

"Extra anchovies it is," as she turned.

Mr. Pitts stared at one thing only at that point, her butt. He thought of how he could have gone on full-throttle if he was just 15 years younger.

His mind was in pure sexual madness for a minute. 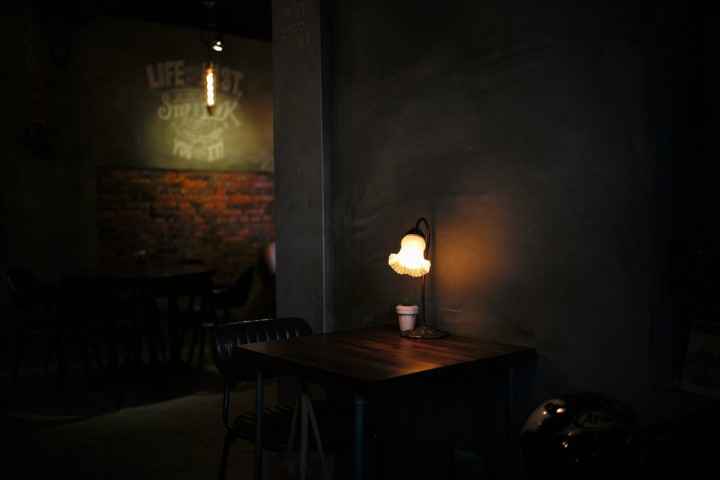 He looked down the aisle while he followed her enticing walk, and he saw a man who looked nervous. This guy had his back to Mr. Pitts, but the back of the guy's head was quite moist and so was his white collar.

Mr. Pitts smiled at this man and nodded his head in good gesture.

The man stopped staring back at Mr. Pitts and called the server, the brunette goddess. She approached the man, and Mr. Pitts noticed that they were using hand signals. The brunette was quite fluent and seemed a bit distraught by whatever the man was telling her. This deaf or mute was being rude to her. She turned quickly to go get whatever it was that he wanted, and he rudely grabbed her by the wrist. She was yanked back into position. It infuriated Mr. Pitts.

They kept going at it again with their hand signaling. Finally, the waitress parted away. The man turned to Mr. Pitts and began staring again as the man ate his salad. Mr. Pitts smiled back.

Moments later, the brunette came back with a Ceasar salad for Mr. Pitts. Before that, she stopped at the deaf guy’s table, or mute guy, and served him his plate. Of course, the man was disappointed with what he had because he started complaining. She replied with signals as well and walked away while rolling her eyes.

“You have a problem dear?”

“No, I got it,” she replied while smiling.

Mr. Pitts looked at the deaf guy, or mute, and smiled again. The mute guy, or deaf, dropped his napkin and went under the table to get it. The brunette turned to walk back because the nervous wreck had a man standing at his table and an argument had ensued. This new fellow, standing tall with a black trenchcoat and a black fedora, was speaking Sicilian. Mr. Pitts could understand some as his grandfather was Sicilian. The brunette went to calm everything down at that table but the man in the trenchcoat whipped out a gun. 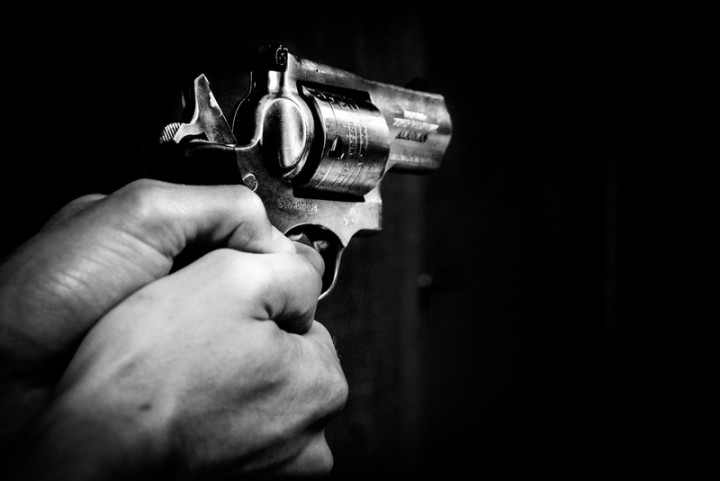 The brunette ran away as the gun blasted twice. It nailed the nervous man in the chest twice. The third shot was aimed at the head. Mr. Pitts had his hand inside his pocket ready for action. That third shot flew straight through the nervous man’s head, as the back of it, the exit wound, splattered blood and some brains.

The man in the trench coat with the gun in hand started walking backward. He gave a hard look at Mr. Pitts. The man gave out directions to everyone to look away and to not say anything or else. The man kept retreating and pocketed his gun knowing that Mr. Pitts had one. They stared at each other until the man, the killer, walked out of the restaurant.

Everyone was quiet. The shock of this violent episode was in the air. No one said anything for seconds. Then, the deaf guy, or the mute, came out from underneath his table. He had his napkin. He had hit his head on the table on the way up. He saw his table that was splattered with red stuff all over. This man shrugged his shoulders and kept eating his spaghetti and meatballs. He figured the extra marinara sauce spilled when he came up and hit his head on the table from grabbing his napkin.

It was obvious the man was deaf, for he did not hear the gunshots. The deaf man kept eating his spaghetti and meatballs splattered with blood and brains as he gave Mr. Pitts the finger.