by Steve Brewer II 7 months ago in fiction

An Entry in "The Book of Dark & Wicked Things"

There exists a book with no name. Its cover bears nothing but a strange glyph drawn in blood. Every page is well-worn and filled with Latin prayers a Roman priest wrote, hoping to contain the evils he saw within the book.

To say the book itself is evil is like a person in ancient times saying lightning is evil. The book and the powers it holds are merely outside our current realm of understanding.

Its contents have been a closely guarded secret for thousands of years, for those brave enough to open it knew its contents would spark mass panic. The Book of Dark &amp; Wicked Things, as it has come to be called, rebukes one of the biggest lies told in human history; monsters exist, and the book details the dark and evil creatures of the world.

People who like to play practical jokes on others are not considered to be evil by society unless those pranks are taken to extremes, such as being cruel in nature, done to cause deliberate harm or both. The creature we are discussing walks the line between being cruel in its pranks and causing harm.

Djinn, jinn, genie, they have been called many names over the millennia they have walked with man, yet their motives remain unclear. Djinn are natural shapeshifters, they have powers that can warp reality and are notoriously secretive.

Only one fact is known of djinn and it is the very reason they appear in The Book of Dark &amp; Wicked Things, they have a morbid fascination with giving mortals exactly what they wish for. At first glance, this would seem to be a dream come true, but there is always a tragic twist.

The Book of Dark &amp; Wicked Things has recorded many wishes that went awry and specifically warns against making a wish with djinn. Unfortunately, one does not have to express the wish directly to a djinn for them to grant it. A recent entry in the book details a wish that had a fatal ending. 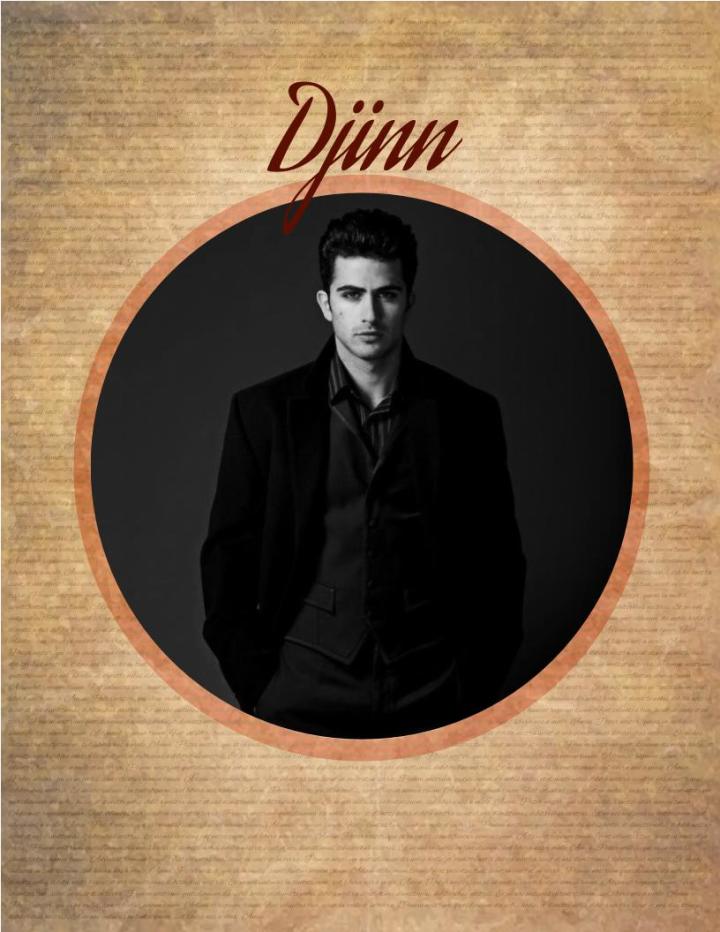 He crosses the emptying dance floor, the song that had been playing had just finished and most of the dancers were retiring to their seats. A slow song started causing the rest to clear the floor.

No, this won’t do, he thought to himself as he raised his hand and snapped his fingers.

The jukebox made an awful screech, causing a few patrons to look worriedly at the jukebox.

No, your night out isn’t ruined. He smiled and snapped his fingers again.

He spotted her from across the club. She had all the telltale signs. Drink in one hand, head slumped and resting on her other arm, a friend who was talking to her but she wasn’t listening. Blood in the water. His heart raced as his vision narrowed on her. He crossed the bar without losing sight of her, he even let his head bop to the beat of the song as he crossed the dance floor.

Usually, he did not pay much attention to mortal fads, after all, a decade is a blink of the eye to an immortal. Fads came and went as quickly as he would turn the page of a book, and he had no patience for them, but the song did hold a special place in his heart. The song reached the first chorus as the bodies around him moved with the melody. Everyone else in the club was enthralled in the song, he could make his move without the need to worry about being seen.

After several beats of the song, he finished his crossing of the dance floor and sat at a table close to her. There was no need getting too close, all he had to do was be close enough to hear her.

“I can’t believe he came here with her,” the friend said looking at a couple dancing on the dance floor. “Do you want to go?”

“No,” his prey said solemnly. “He can have his fun, but I will not him ruin ours.”

“There you go!” her friend said as she raised her drink. “To assholes.”

“And lessons learned,” she said as she raised her drink and tapped it against her friend’s glass.

“What did you see in that asshole anyway?”

“I thought he was a cool guy, but,” she paused as she saw him kiss the girl he was dancing with.

“But he was an ass, and still is,” the friend said as she set her drink down. “Are you sure you want to stay here? There are other places…”

Say it, he thought as he leaned forward in anticipation.

“I just want my life to go back to the way it was before we met,” his prey continued as the song reached the closing chorus. “I wish he was out of my life forever.”

He smiled as he lifted his hand.

“Your wish is my command,” he said under his breath as he snapped his fingers.

The beat dimmed as the song came to an end. The young lady the guy had been dancing was laughing as she turned back to her date, but her smile was met with a look of pain on his face. He had a hand on his chest and was not moving.

“Are you okay?” she asked him as she reached out for him. “Do you need to sit down?”

Her hands never reached him, he crumbled backward onto the dance floor.

“Oh my God! Someone help us!” she shouted as she knelt down next to him.

His eyes were staring lifelessly up to the ceiling. She started to tear up as other patrons and staff came to help, but it was too late.

The two ladies got up from the chairs as it became clear the commotion was serious. They didn’t notice him as they rushed past him.

Another satisfied customer, he mused to himself as they passed him.

He raised his hand and snapped his fingers again and vanished.