Blood In The Water

by K.L. Fothergill 14 days ago in fiction 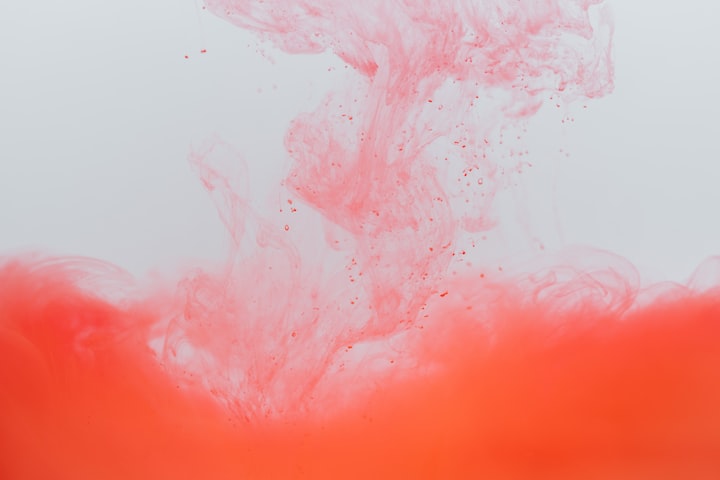 An ache swelled within Carly McMahon’s ribcage as she walked across the porch, muscle memory navigated her steps to avoid the soft spots where time had been unkind to raw wooden planks in the rainy climate. Coniferous trees loomed around the property; the wind whistled through their branches like whispers telling her to go back inside.

She hated this house, it was old, dirty and at night she could hear sounds in the wall. At first, she thought she was going mad, her displeasure towards the house manifested into ghosts hiding in the shadows. Chewed-up boxes of Ritz crackers in the cupboard eased her mind that the noises that plagued her dreams were just rats taking claim of the house for themselves and Carly would gladly surrender it to them.

Matthew had signed the lease without her, the rent was well below their budget and boasted a large workshop on the back of the property where he could work on his truck. It was exactly what he had wanted, and he often spoke for Carly so it was what she wanted too. When she walked through the threshold on the first night, she had to blink back tears.

“Why are you crying?” Matthew snapped. She didn’t say a word in protest, whatever she wanted to say would have caused an argument and she needed that energy to hold back her emotions. “It’s only temporary until we buy something, you said we needed to find a bigger place, I’m giving you what you want.”

His gaze narrowed on her as she swallowed her displeasure.

She leaned further into the railing, a low creak escaping as her weight tested the strength of the rusted nails that kept the posts upright. She looked out into the darkness, the rain had broken just long enough for her to come outside to check on Matthew, a sliver of warm light peaked through the workshop doors. She wanted to call out to him but feared that he wouldn’t respond. The ache started to boil up into her throat choking her and stopping her from calling out his name. If she called him inside, he would know that she was waiting for him. He’d know that she had been circling the living room like a wild animal broke so deeply that it spends its days pacing a cage. If he knew, he would call her pathetic. Her breath became shallow, a physical manifestation of loneliness spread throughout her nervous system like a disease that she would most certainly succumb to in time. Sometimes she wondered if her only way out of this relationship was in a body bag.

Matthew had been kind when they first met, but people change. Carly had changed with him, she had only ever seen herself as vibrant, brave, even beautiful but the changes had happened so gradually that she was surprised to be the girl standing on the decrepit porch waiting for a morsel of attention to keep her going. She tried to push her voice out of her throat to call out to him when the light flicked off and the yard plunged into total darkness.

…He was coming in on his own, the loneliness that ate away at her disappeared into the cold air, and she retreated inside.

She thought he would be in quickly, she set herself up in her Papasan chair by the space heater that barely warmed her feet. She posed with a book as if she had been sitting there all night, open to an insignificant page that she had already read. When he walked in, he wouldn’t know that she had spent her entire night just waiting for him. If he asked her what it was about, she’d be able to ramble about the main character and how excited she was to learn what happened next. With her charade, she thought she could prove to him that she was her own person with her own likes and interests, that her dependence on him for her emotional well-being wasn’t real. But he never asked.

After about a half-hour, Carly realized that Matthew was not coming inside. He'd probably turned the light off because he saw her and wanted her to go away. The alternative was that he'd never intended to come inside. He could have taken his truck and driven away; to the bar most likely. She turned off the space heater, wrapping the chord up to relocate it to the bedroom, and resigned to waiting for him there. If she was lucky, she'd fall asleep, if she wasn't she'd be racked with anxiety about whether or not he'd come home tonight.

The clock in the bedroom was from a thrift store; it had a gold and black mid-century modern frame and a soothing mechanical tick. Carly listened to it tick…tick…tick… as she stripped her clothes onto the floor and crawled under the thick duvet. She laid there listening to the rhythmic sound until she finally heard the backdoor creak and Matthew’s boots thumping heavily onto the shoe rack. He walked down the hall, his body creating a shadow in the doorway for a split second before he slipped into the bathroom and pulled the door shut. The sound of the faucet rattling as water brought the pipes to life created a lullaby with the percussion of the clock, the song they sang pacified her loneliness into sleep.

Matthew’s arms snaked around her waist and roused her; his face nuzzled into her neck while the dreamless slumber that she had fallen into faded back to reality. She couldn’t remember the last time they had touched while they slept. He was close enough that the scent of his skin crept into her nose, her memory deceived her, she thought he smelled different. She positioned herself so they were face to face, the emotionless husk that had taken over her partner now showed the first sign of feeling she had seen in a long time – a primal lust. His eyes connected to hers with unblinking intensity, much like a dog asserting dominance over its prey. He pulled her in, his full lips pressed against hers, his hand reached around slipping his fingers through her long dark hair. His tongue slithered past her thin lips and a metallic taste melted into her taste buds. Their hips rocked together as they communicated through grunts and moans. He was rougher than he had been in the past and as he finished and rolled away from her, she was left feeling emptier than she had before he had come to bed.

For a fleeting moment when he’d first kissed her, euphoria stole her anger and self-loathing, but once she came the disgust that she had in herself for being so desperate for his attention made her want to vomit. He hadn’t touched her for months. Not like that. She’d driven herself crazy wondering what was wrong with her, why she wasn’t attractive enough for him to want to even kiss her– to appreciate her. Bile burned the back of her throat as vomit threatened to push out of her stomach and into her mouth. She pushed herself out the blankets, the bed creaked but Matthew didn’t move from the position he’d taken after he’d finished. She’d forgotten to plug the heater in when she had gone to bed, the cold air now pricked at her nipples and her skin became chicken flesh.

Steam fell into the hallway from the bathroom, the fan had given its last breath of life months ago. The single-pane window in the bathroom barely opened and Matthew often forgot to use the crank to crack it before he showered. Mildew now grew on the windowsill waiting for Carly to clean it up.

Despite his carelessness, the steam should have dissipated already. The sound of running water washed over her ears, and anger flooded her mind as she pushed through the door. He’d forgotten to turn the shower off when he’d gotten out. She wiped the mirror of condensation with an open palm while she passed by and made her way to the shower curtain.

The curtain rippled from her touch as she pulled it open to turn the water off. She stumbled backward when it opened. The sight assaulted her retinas as her brain struggled to process what was in front of her. Matthew's body lay at the bottom of the tub, gray shriveled skin and glassy eyes stared at her like smoke from a burned-out flame. His wrists displayed deep exsanguinating gouges as blood and water swirled down the drain.

The vomit, which she had been holding in since she got out of bed expelled itself from her and splattered onto the floor. She stepped back, away from the tub, and caught a glimpse of herself in the streak she’d created in the mirror. Blood sullied her pale skin in the reflection, she let out a gasp and threw her hands across her flesh. As she searched for a wound, smearing the blood further across her chest and arms.

She backed out of the bathroom; her eyes fixated on the lifeless form that sat in front of her. She shut the door to block out the image. Alone in the hall her mind reeled with how Matthew could be dead when she’d just felt his warm body thrust against her. That had been real, it had felt very real. His warm seed still dripped down her leg. Her breath quickened and a presence made itself known. She turned her head, Matthew stepped out from the bedroom and loomed over her. Black marbles peered out at her from his eye sockets, tendrils void of light flicked out of the glossy sheen and engulfed his face and body in darkness until he was nothing more than a figure of shadows. He stepped towards her, a monster in wolf’s clothing.

Her feet padded heavily down the hallway before her mind had a chance to catch up. She was out the door onto the unsound porch, her flight response forgetting about the dangerous platform as rotten slivers of wood embedded themselves into the soles of her feet. The sting of the shards pushing deeper into her tissue was nothing compared to the fear that ripped through her body and threatened to tear her in two.

The rain had started up again and poured down on her. The droplets washed the blood off her naked form into the wet grass as she made her way into the woods. It wasn’t until she heard sirens in the distance that she stopped. She realized she’d been screaming, her vocal cords shredded like she’d been dry swallowing cat litter.

The wind called out her name and the trees around her rustled their branches against each other in a secret handshake that only mother nature understood. The creature homed in on her, its head tipping back to reveal a mouth where its throat should have been. Rows of razor-sharp teeth reminded her of a beast she’d seen hunting in the ocean on Shark Week. As the creature moved in for the kill, she knew that she was the blood in the water and the only way out of this relationship was going to be in a body bag.

Aspiring Writer and Comedian in search of dopamine.

See all posts by K.L. Fothergill →