by Cryptic Hatter 22 days ago in urban legend

Around the world we hear stories of creatures like that of the Chimera from Greek mythology or Quetzalcoatl from Aztec mythology but none are as terrifying or fantastic than those that come from the land of the rising sun. I’m Cryptic Hatter and here are 10 Monsters From Japanese Mythology: 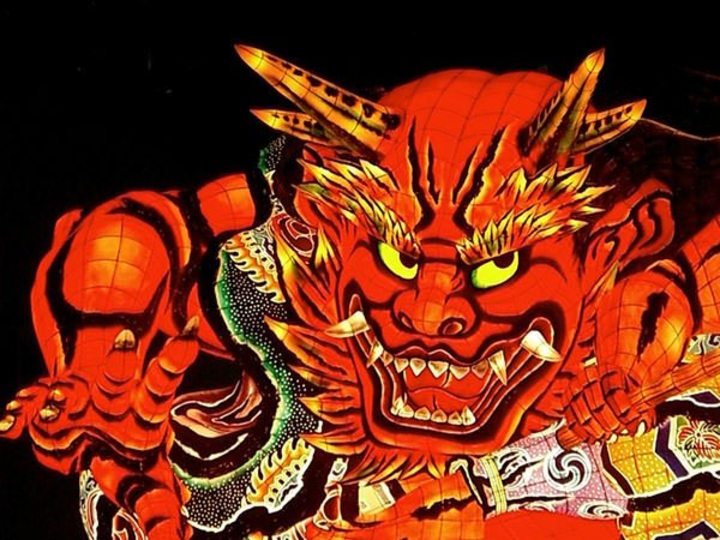 Probably one of the most recognizable creatures in Japanese folklore, the Oni are yokai known to cause mischief or misfortune to humans. Other variations go darker into detail as to being bringers of disaster, disease and punishers of those damned in hell. Oni are described being massive in size, having multiple horns, matted hair, red or blue skin and fang-like tusks. The Oni form when wicked people die and go to one of the Buddhist hells. Sometimes when people are so wicked that their souls are beyond redemption, they transform into Oni in life and remain on Earth to terrorize humans. 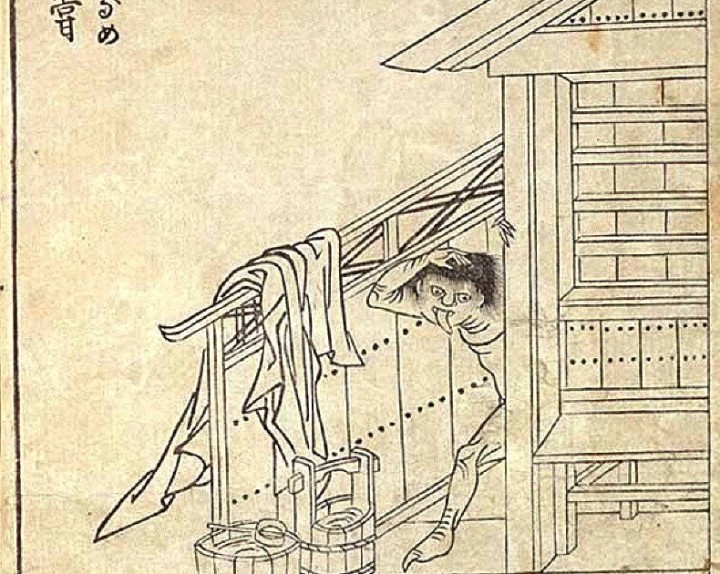 These goblin-like yokai like to inhabit the dirtiest of places including public bathrooms, hence the name “filth licker”. Akaname have a long tongue they use to lick up any grime, grease, dirt and other filth they can find. They tend to avoid humans as much as they can. They also spread disease, so it’d be a good idea to keep bathrooms and houses clean so you don’t get a visit from an Akaname. 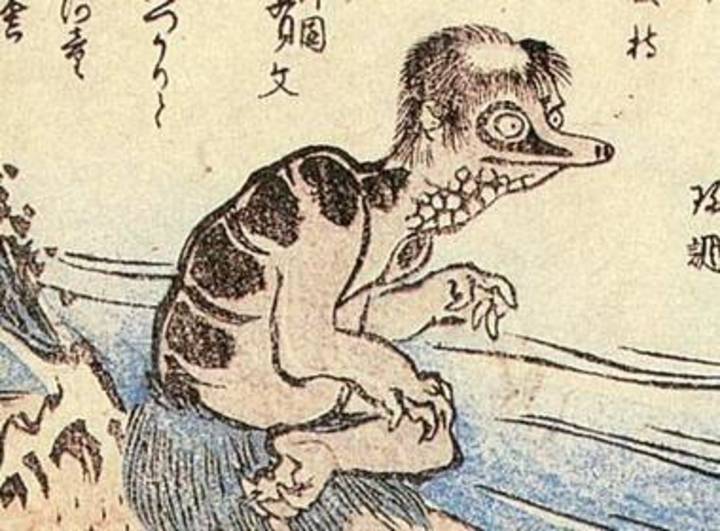 Meaning “river child,” Kappas are aquatic reptilian humanoids that are the size of a small child. These guys have webbed hands and feet, a beak and a shell like a turtle. Despite their small size, they are excellent swimmers and have strength greater than that of a human adult. They have a dish-like depression on their skulls which is said to be their source of power. The depression must be kept wet at all times otherwise, if it spills and dries up, the kappa will lose its power and in some occasions, die. Adult kappas mainly live in solitude but will befriend other yokai and even humans while young kappas are usually found in groups, they’ll basically eat anything, even humans. They are known to be intelligent creatures, some even say that medicinal skills and the art of setting bones were taught to humans by kappas. Now like other yokai, kappas are mischievous and some are even violent. You can see warning signs by rivers and lakes were kappas are said to live, they’re put there because not so friendly kappas are known to either drown or bite their victims to death under water. 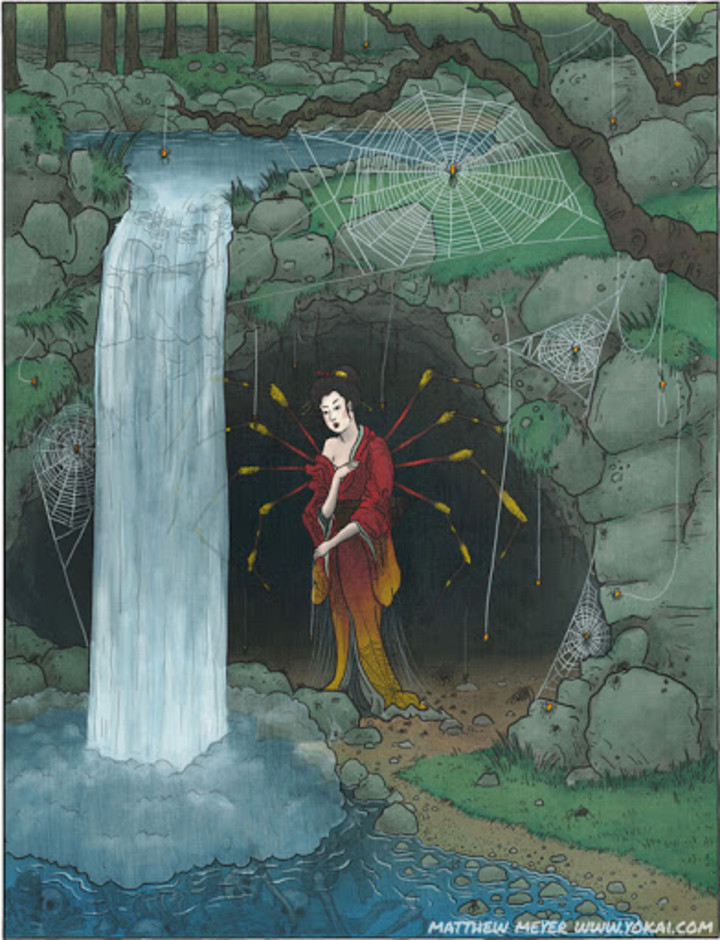 According to folklore, some spiders are known to have supernatural abilities. One in particular is the golden orb weaver. When one reaches to be 400 years old, it develops supernatural abilities including the ability to shape shift. They make their nests in places like caves, forests and empty houses. They usually take on the appearance of young women luring unsuspecting men into their nests. They can spin strong lines of silk that a man can’t escape from, they have a powerful venom they can use if they want to savor their prey and they can control lesser spiders to do their bidding. So if you’re a traveler that happens to be in Japan and see a beautiful woman in a cave, forest, or abandoned house, it’s probably too good to be true. 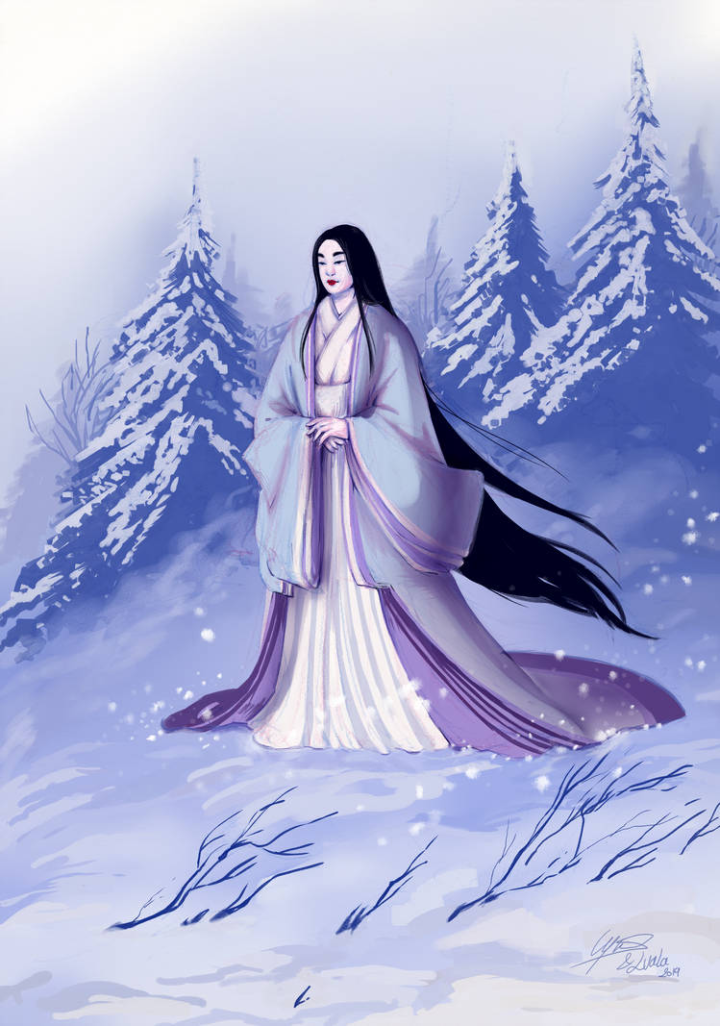 These ice cold spirits wander the Japanese Alps, preying on travelers lost in snowstorms. They feed on human life force, often freezing their victims solid. In the rarest of occasions, these spirits will fall in love with their prey and let them go. Some marry humans and live happy lives with their husbands. Sometimes that doesn’t last for long since Yuki-Onna are immortal. 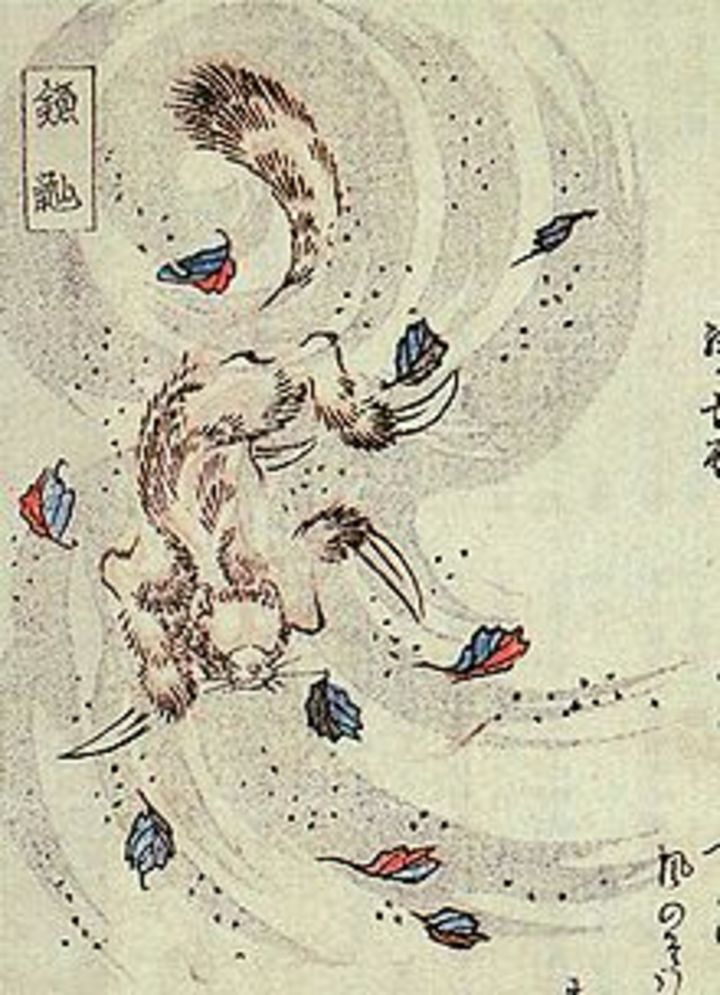 Grandparents usually warned their grandchildren about kama-itachi or “sickle weasels.” Like Yuki-Onna, kama-itachi also inhabit the Japan Alps and they learned how to ride whirlwinds of the region. These creatures are known for their claws which are strong as steel and razor sharp, hence the name “sickle weasel.” They are invisible to humans and travel with the wind. They attack unsuspecting victims in threes, the first one slices their legs, knocking them down. The second one uses its fore and hind legs to slice up the wounded victim with a thousand cuts. The third one slathers a magical ointment on the victim’s wounds healing them instantly. Some say that a kama-itachi’s slicing is so precise that it could slice a chunk of flesh out of a human without even spilling a drop of blood. 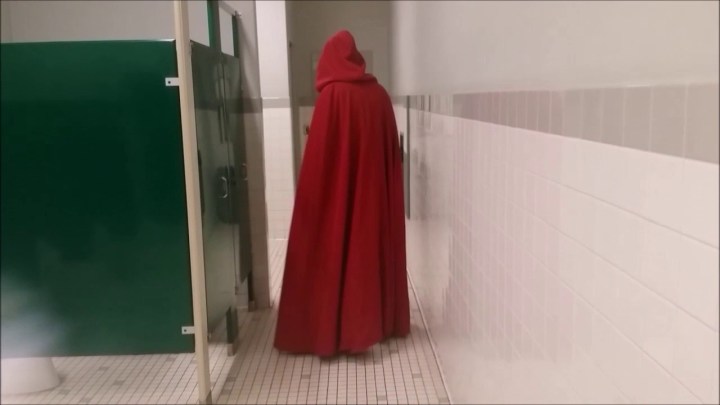 Like Akaname, Aka Manto also inhabit bathrooms, specifically school bathrooms. According to lore, when a person goes to use the bathroom, they’ll be greeted by a voice that will ask them if they want red or blue paper. If the person says red, the Aka Manto will stab and slice its victim until their blood stains their clothes making them appear to wear a red cloak. If the person says blue, the Aka Manto will strangle its victim to death until their face appears blue. If you ask for a different colored paper like yellow, then the Aka Manto will drag you to hell. The only way to trick the Aka Manto, at least long enough to run away is to say that you don’t need any paper. 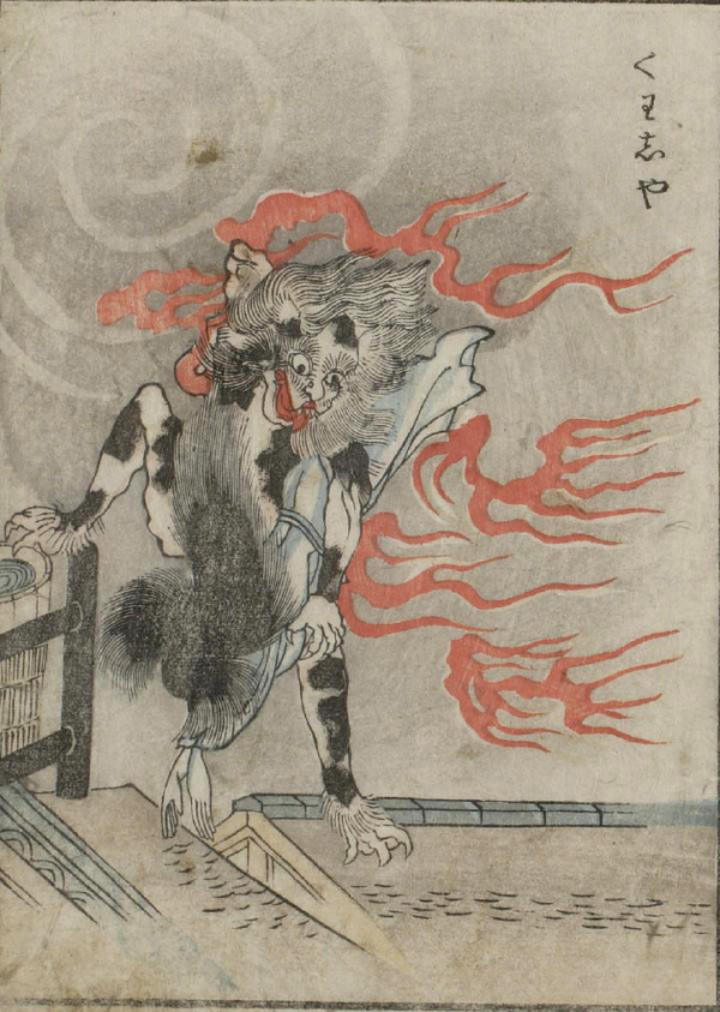 Kasha have the appearance of humanoid felines but normally appear as normal house cats or strays. But during funerals, a kasha reveals its true form and comes down to snatch the corpse from their coffin. They are known as servants of hell and snatch corpses of wicked people to take them to eternal punishment. Some steal them to make as puppets while others steal them to eat (kind of like ghouls). Kasha usually make a person’s passing to the next life difficult, so the best thing to do is to be prepared. 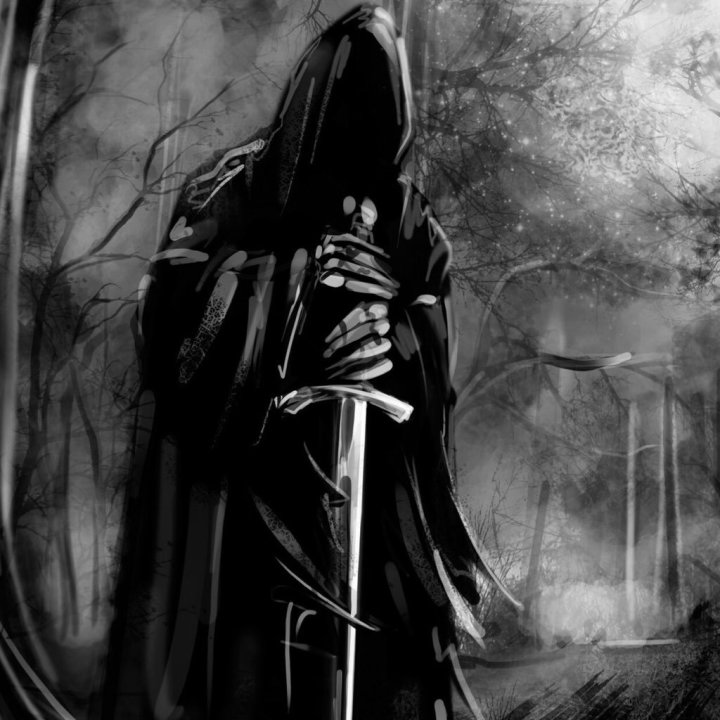 Despite that they’re considered to be the Japanese equivalent of reapers, their nature is more related to that of a ghost or evil spirit than a god. These spirits are obsessed with death and like to inhabit places where gruesome murders or suicides have taken place and feed on the evil that taints these places. They haunt the living, influencing them to kill themselves by making them obsess over any and every bad thing they ever did. They particularly prey on wicked people but anyone unfortunate enough to cross paths with a shinigami is doomed to die an unnatural and violent death. 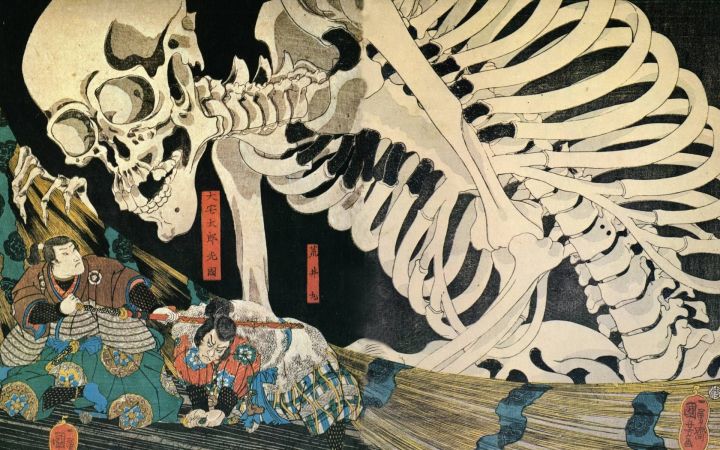 Gashadokuro have the appearance of giant skeletons and usually wander the countryside at night. They make chattering noises with their teeth and their bones rattle. If a human happens to be on the roads at night, a gashadokuro will sneak up behind them, snatch them, crush their body and bite off their head. Gashadokuro originate from soldiers and victims of famine that die in the wilderness who don’t receive proper burials. Their souls are unable to rest and are reborn as hungry spirits longing for what they had when alive. They die with hearts filled with anger and pain, that energy remains long after the body has rotted. That anger becomes a powerful force, a grudge on the living and this grudge is what turns it into a supernatural force. When the bones of hundreds of people gather together they form a gashadokuro. If one spots you, there’s no escape. It can’t be killed and it will stop at nothing until it gets its hands on you. The only thing that can stop a gashadokuro is when it burns out all the energy and malice stored in its body. Now to see one today is rare due to the fact that you need hundreds of bodies to form a single one and not very many wars or famines happen as much as they did in earlier times, when these things were part of everyday life.

Do you think creatures like these could exist? Could there be a gashadokuro wandering the countryside in modern times? If you do visit the land of the rising sun, be sure to notice warning signs near lakes or rivers, avoid the roads at night and above all else, if someone offers you blue or red paper, say that you don’t need any. Hoped you enjoyed this and be sure to check out other stories written by yours truly. Thanks for reading and I’ll see you next time.