by Cryptic Hatter about a month ago in pop culture

Since its debut in the early 90s, Cartoon Network has been a favorite channel among young viewers and even adult viewers as well because of the shows that aired on it. It aired some of the best shows ever from the classic Hanna-Barbera cartoons to some modern favorites such as The Amazing World Of Gumball. Cartoon Network was one of my favorite tv channels growing up and exposed me to some of my all time favorite shows but what if the shows we watched as kids weren’t so innocent as they seemed? Get ready to have your childhood ruined (if still intact), I’m Cryptic Hatter and here are 10 Creepy Cartoon Network Theories: 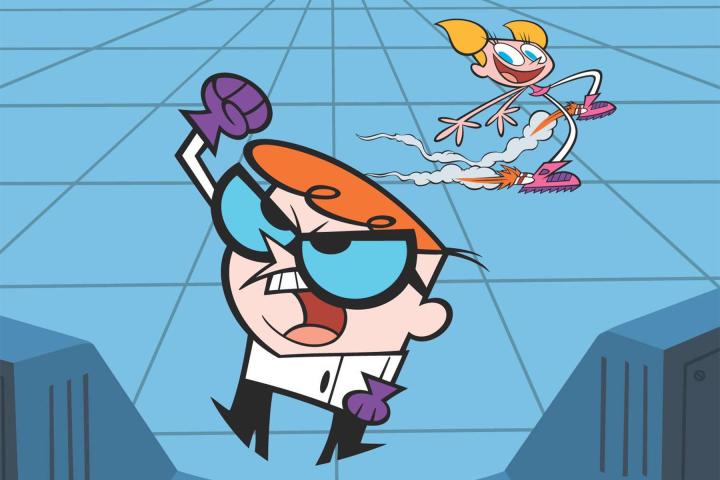 Dexter’s Laboratory tells the story of a young genius who has to put with his idiotic family everyday or that’s what they want you to think. This theory states that Dexter accidentally killed his family in an experiment that went wrong. So he does what any rational human being would do, he makes clones of his family to cover up the accident and rid himself of the guilt. It kind of explains why they’re so dumb or maybe it’s just one of the flaws of cloning.

9: The Smurfs Are White Supremacists (The Smurfs) 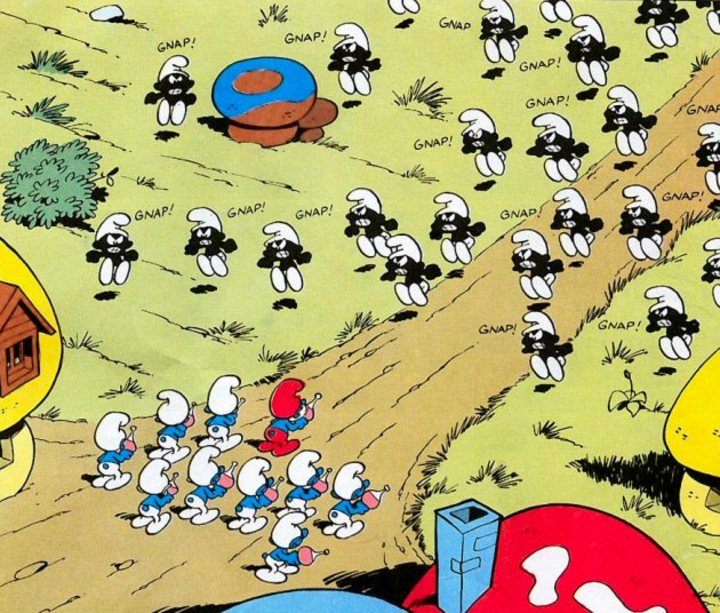 There are different clues to support this theory such as the Smurfs wearing white hats and pants. Papa Smurf wearing a red hat and pants which is the same color of the KKK’s leader’s outfit. It also may have some Nazi propaganda mixed in as well such as Gargamel’s cat, Azrael which is the Hebrew name for the angel of death. 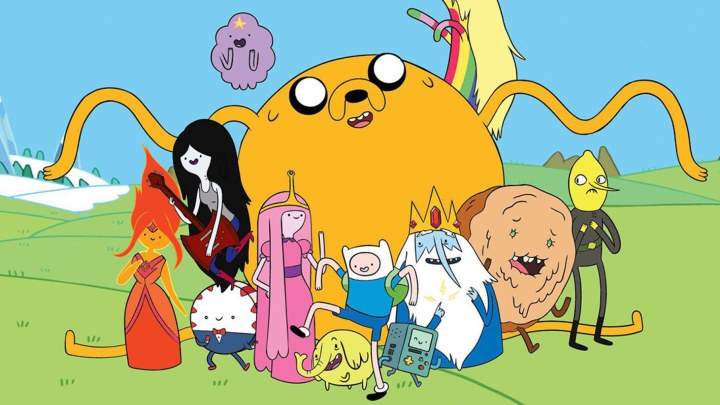 One of the most recognizable characters in Adventure Time would be Princess Bubblegum (Bonnibel/Bonnie). It’s possible that PB is a high functioning sociopath from lying to people without having no remorse to hiding her emotions. The evidence to support this theory can be observed throughout the show. 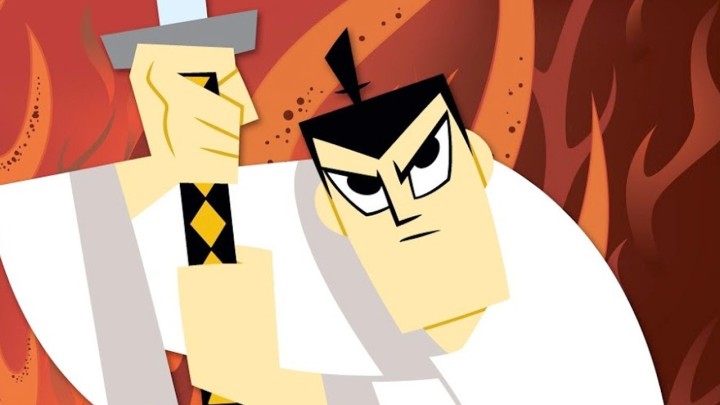 One person suggests that Samurai Jack symbolizes the traditional Japanese way of life before the industrial revolution when people were living simpler lives. The shapeshifter Aku and his dystopian future symbolizes Japan in the present, industrialized and losing touch with their traditional ways.

6: The Brenda Theory (The Powerpuff Girls) 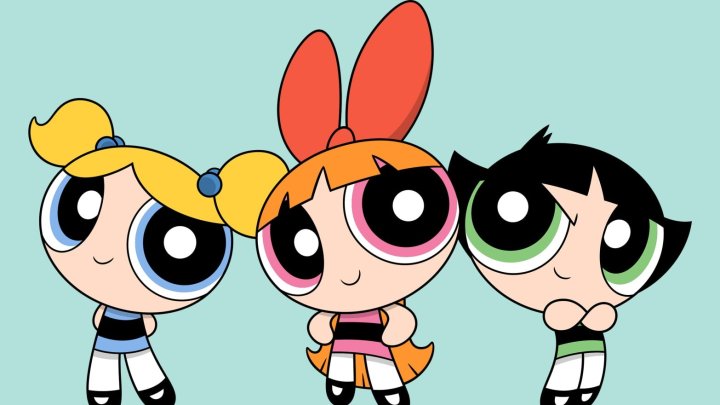 “Sugar, spice, and everything nice.” There’s a theory going around that Bubbles, Blossom, and Buttercup are products of a girl’s sick mind. Brenda, as people call her, has a personality disorder and the Powerpuff Girls were conjured up to help her cope with her childhood trauma. Blossom symbolizes the girl Brenda wanted to be, a mature, level headed girl. Bubbles symbolizes here soft and bubbly side. She also represents her child like innocence and submissiveness. Buttercup symbolizes her aggressive side. She is also said to have imagined Townsville and the villains including Mojo Jojo who is in reality, Brenda’s brother.

5: Scooby Dooby Depression (Scooby-Doo Where Are You?) 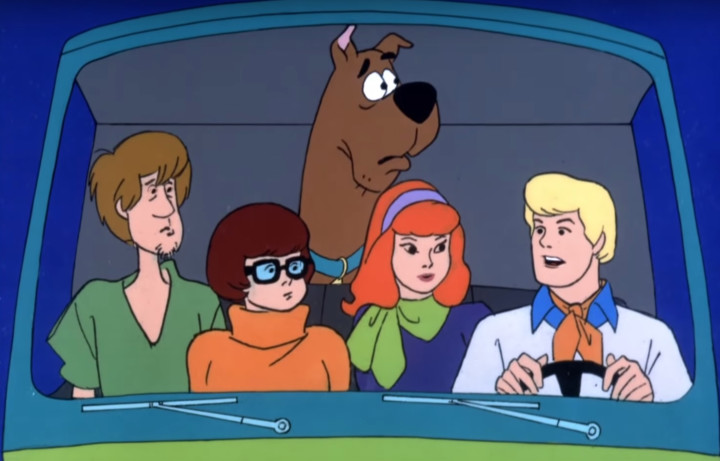 From the flowers on the van to the way the gang dresses, this show was obviously set during the 60s. This theory says that the show was set during one of the worst economic depressions and there is evidence to back this up. Every place the Scooby gang visits are either run down or in shambles. Every crook they catch is usually someone well respected like a teacher or historian and these guys probably fell on hard times and resorted to committing crimes. Hey that rhymed. Got to have those moments, you know? Anyways, the gang are probably in their late teens to early twenties and not interested in looking for proper jobs. They travel the country because there are no jobs available, so they are hobos helping others in exchange for food or gas. 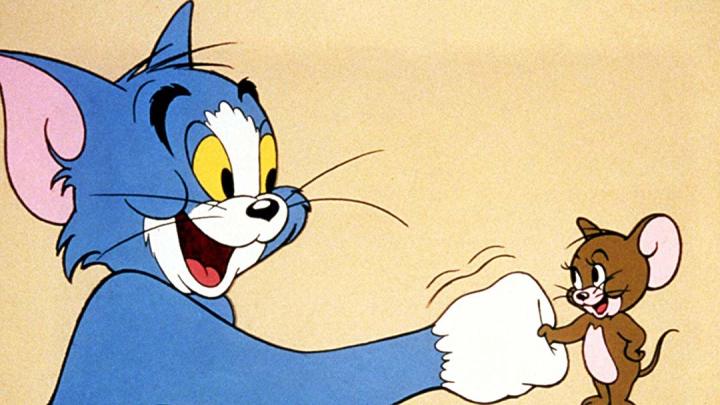 People could say that Tom and Jerry are the original Itchy and Scratchy but that’s all they are, harmless cartoons right? Some people think that Tom & Jerry is really Nazi propaganda. During WW2, British troops were nicknamed Tommies and German troops were nicknamed Jerries. In every episode, Tom tries to kill Jerry but Jerry always gets the upper hand and this did air in 1940 which was the same year as the Battle of Britain. Could this be a coded message about superior German intelligence? You decide. 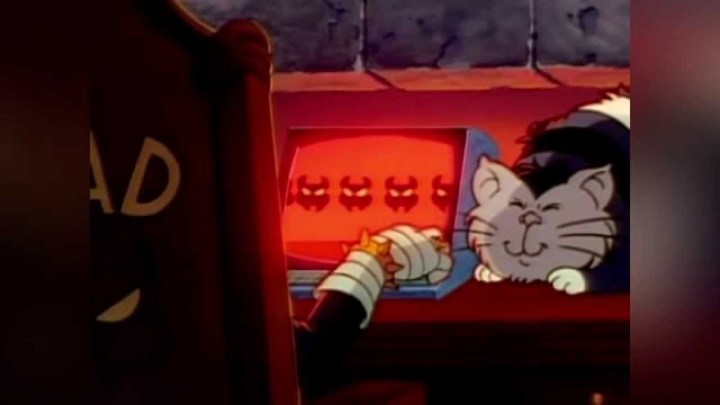 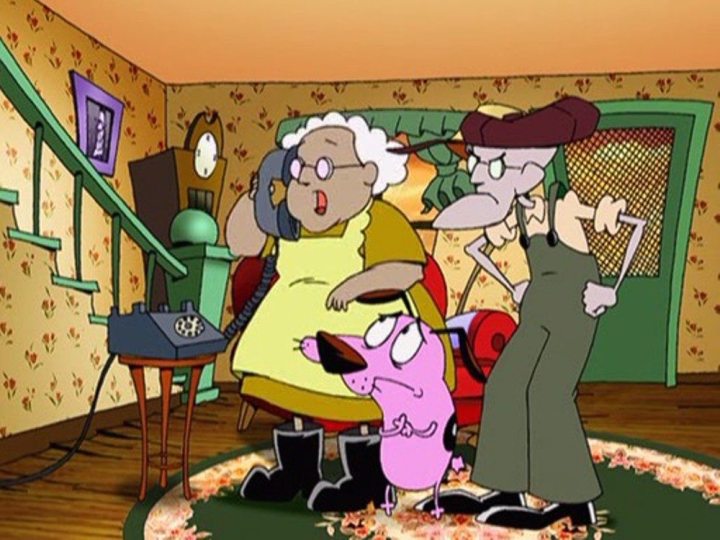 One of my all time favorite cartoons though this show is a lot darker than I remember but most shows are like that. There are two versions to this theory but the other will be for another time. This version says that all the monsters and crazy things Courage protects Muriel from are actually just normal people and they are not really living in the middle of nowhere. This is all just how Courage sees the world. 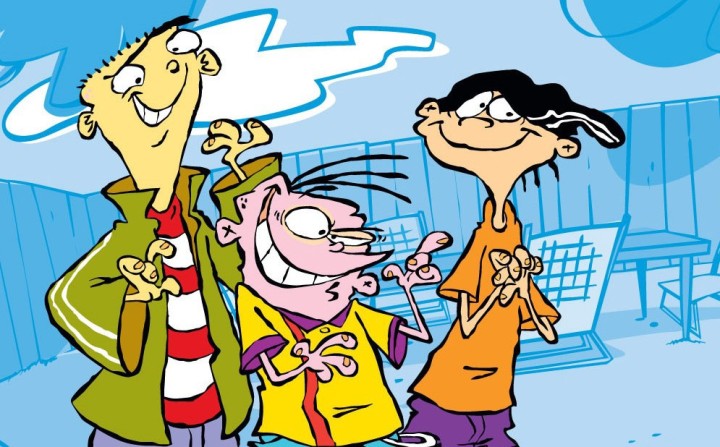 Another one of my all time favorite shows as a kid and Double D was probably one of my favorite characters. This theory states that all the kids in the cul-de-sac are dead and the neighborhood is some form of purgatory. All the kids died at different points in time between 1900-2000 and they all died in the cul-de-sac, so they all stayed there. It actually makes sense since there are no other kids, no parents and the kids that are in the show look like corpses. Now if we want to get into specifics, Rolf was a farm boy and tends to his livestock, so he would have died in the early 1900s. Johnny 2x4 doesn’t really have any friends except for Plank which has displayed being sentient throughout the show, Johnny would have lived during the 1920s and having something like a wooden plank for a toy was pretty common back then. Eddy always tried to make a quick buck and scam the kids on the cul-de-sac, so he would have lived during the Great Depression. Ed was obsessed with comic books and monster movies and Sarah was bossy, so they lived during the 1950s. Nazz was a flower child and was a flirt with the boys, so she lived in the 1960s-70s era. Edd (Double D) was organized and had a love for computers, so he would have lived during the 1980s. Kevin was usually seen as a bully, rode around on his bike to escape and his father showered him with gifts, he would have died in the 1990s. He most likely lived in a broken home and was abused by his father which is why he sees him as a good father in the afterlife. Then we have Jimmy who died of leukemia in the early 2000s joining the others. Now the Kanker sisters aren’t really dead rather they are demons that torment the dead kids.

What are some strange theories you’ve heard surrounding Cartoon Network? Let me know by messaging me @_.mr.hyde.__ on Instagram and maybe I’ll make a Part II for this one. Be sure to be on the lookout for future creepy stories written by yours truly and be sure to share them with others who may have an interest in these things. Thanks for reading and I’ll see you next time.