Why Doesn’t Hollywood Push New Boundaries With Its Films?

by c. clio day about a month ago in industry

Is it because of the demand from society or are they afraid? 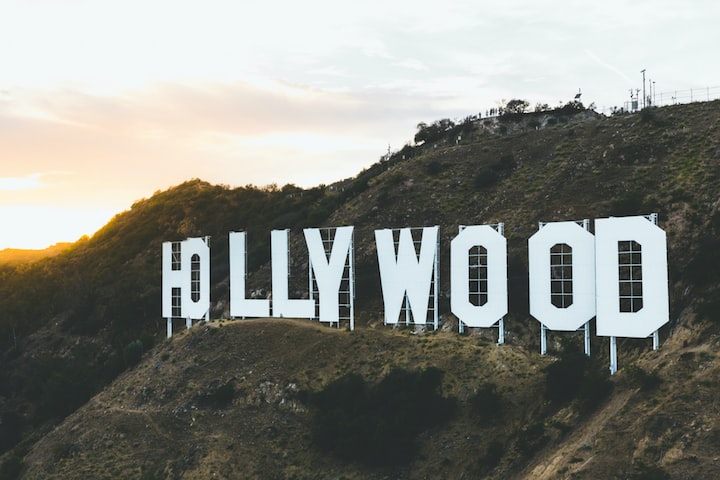 Photo by Ahmet Yalçınkaya on Unsplash

If you read my previous film-related post about horror films (and if you didn’t, go check it out! I made valid points). You should know that I like my movies to be sensical and purposeful. I like comically poorly executed films as well, guilty pleasure. But now, my dear friends, I have come to you to raise a new question for our beloved Hollywood: why doesn’t the film industry go against the grain?

When it comes to “effective” storytelling, writers must follow Freytag’s Pyramid (aka the plot structure): exposition (introduction), rising action, climax, falling action, and resolution. For over 150 years, this structure has been taught and followed. It is simple rules, and it works! We don’t fix what is broken, right?

But, what if, and hear me out, we took apart this structure and completely disobeyed these laws. I am not talking about a film beginning with its ending, then jumping back into the regular structure. I am talking about seriously revolutionizing the way we create films.

Superhero films will not be so predictable, scripts would be more creative, characters would feel more authentic. Why hasn’t Hollywood actually explored these possibilities? Granted: get a fantastic writer and tell them that they have an open field of creativity. At times, I feel our most creative minds think they are constrained to society’s rigid boxes. How many stories have been tossed out or obliterated, watered down to be “marketable”?

The public needs something fresh. I can recall when Venom (2018) started their advertising: “the anti-hero”; yet to me, Venom was more of a “good” guy that had a scary face and an appeal for food that had to be “fresh”. Out of the whole film, there were only a couple of instances of Venom referring to feeding on humans. During these instances, I see where this puts Venom as the anti-hero, but the rest of the film, he wants to help protect humanity.

Now keep in mind, I am not referring to the canon Venom in the Marvel comics; this is strictly based on what the directors and writers decided to include.

The point I am making is the lack of continuity with characters of their titles. If there is a character that calls for a sharp personality definition based on a title given to them (i.e. “anti-hero”), throughout the film should be shown that the character is having a conflict between right and wrong. Good versus evil. Ethical versus unethical.

I do not want to see only 5 minutes of internal conflict. Then the turmoil is completely figured out and abandoned over “one person”. If a character has a complex personality, one person that walks into their life by “fate” should not change them in a matter of 2-3 film days after lifetime turmoil. It is more complex, and I would like to see that represented more. (Share any examples of films if this is adequately executed, please, I am unaware of any as of right now.)

How about this: a film where the resolution has never been reached? And no, I do not mean Inception type endings. Ever read a piece from a developing breaking news story, and the journalist just had to end it abruptly because there was only no more information to share? That.

I think a genre that would be able to explore this more would be psychological horror-thriller. Characters created within this genre would be seen as entirely unnatural and inhuman. How successfully would a horror film be if the content were to ignore the wants of its viewers: a serial killer never captured, the wrong person to be accused and never freed, detectives that cannot figure out the case, so they close it — a film that will actually leave us feeling unfulfilled, unsatisfied, yet executed exceptionally well. Think about it.

We are fed what we want to see. How about seeing a film that is extremely close to reality that we still end up entranced by the events that unfold? We still get the gore, the thrill, the suspense, but all of the wrong outcomes and injustice. What if we watch a film that forces us to swallow our reality…?

Would society push this narrative away? Would a film like this completely flop because consumers only want happy endings or even endings that leave us guessing (Ahem, Inception)? Has a writer created something along these lines that go against our fundamental nature of films, yet was scrapped because it was unmarketable?

I understand why Hollywood only sticks to what works. I agree with the phrase: If it ain’t broke, don’t fix it. But I am only tossing around this idea out of pure curiosity and boredom of viewing the same things.

About 8 months ago, I ran across a Reddit post (or comment) about Marvel films having the same exact structure and was utterly dull from its predictability. I am a huge Marvel fan, so I did not even notice this, but when I did after reading that… I agreed (but I still love Marvel films regardless).

After I realized this, I began to run through every film that I have ever seen, and they were all predictable. Do not even get me started on script structures. When you actually toss aside special effects, soundtracks, location, etc., and listen to what the actors are saying… it sounds 80% ridiculous. Not every script, this something that I personally noticed in most films.

Every film I watch, the script is what I pay attention to the most: how unnatural it seems, how out of tune it sounds, the predictability.

This is what I am ranting about.

Although most of what we see on the screens, acted out, are renditions of what the writer experienced in their schema, how creative can we truly get in our next generation of films?

If you can understand what I am trying to convey, share some of your thoughts with me. If I sound as if I am running in circles, then I sincerely apologize. What I am trying to describe is something I have not seen done as of yet, and usually, when things are new ideas entirely, it is hard to speak on it.

We can only show a completed product.