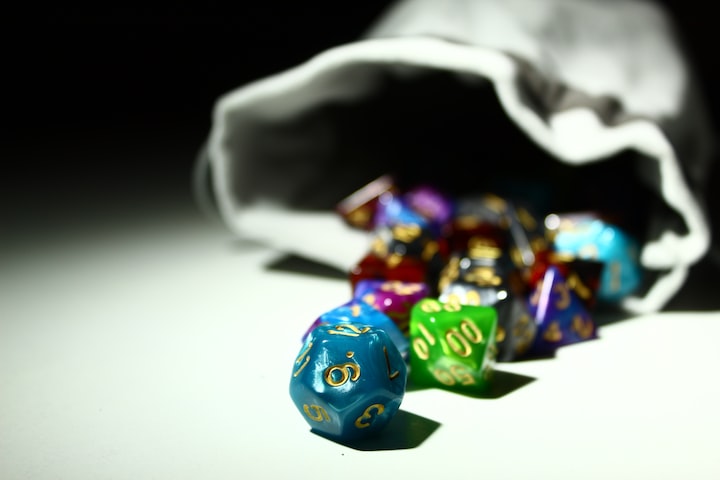 Photo by Alperen Yazgı on Unsplash

Our culture is falling in love with self-care. Rightfully so. Who would have thought that engaging in practices for our personal well-being would be such a revolutionary concept??

What makes this culture of self-care so ground-breaking is that everyone defines self-care differently. We all have different ways or practices to show up for ourselves. I love exploring these intricacies of our human behavior, and specifically, exploring these behaviors through the creative storytelling of playing Dungeons & Dragons (D&D).

Now, you may be thinking, "HUH? How is D&D a self-care practice?"

What has long been considered the pinnacle of nerddom and the butt-end of geek jokes during the 80s and early 90s has become a source of inspiration, creativity, and authenticity for me that on occasion has grounded me more than my yoga mat (and I'm a yoga teacher).

As Dungeon Master (DM), my role is to facilitate my players and transport them into a world where anything is possible. A world that through each of our imaginations is co-created through interactive roleplay, challenging scenarios, and most important of all: the dice rolls.

The dice are the tools of fate, as players experiment with possibility and their characters. Whether it's dice rolls for what information they perceive around, they believe if another character is telling the truth, or to bribe a guard to give them entrance into a closed-off part of the city. Players take chances. Sometimes the rolls are epic successes resulting in finding a secret passage in an ancient tomb that leads to a room filled with gold, jewels, treasures galore! Sometimes the rolls are epic failures resulting in characters getting punched in the face and getting kicked out of the tavern after failing to intimidate the bartender into giving their party free drinks for the night. Leaving room for hilarity and triumph, which really brings out a sense of joy and fun especially when playing with a close group of friends.

D&D isn't about fantasy escapism, though it may be for some.

For me, it's an opportunity to explore a world that is brimming with potential. A world where we are fully in control of our choices. The first thing, I tell my players before beginning a campaign is: Your actions have consequences. Their characters exist in this fantasy world; however, the story will exist around them. The scenarios and conflicts that show up within our collective imaginations are very real and can put players into positions where their own morals, beliefs, and ideals are put to the test and questioned.

My players are currently traversing a mountain range in the far north region on the island of Foren. They just lost two members of their original party. One member was killed by a spider cultist and the other member was kidnapped by a group of magical assassins (both players had to leave due to scheduling issues). They are searching for the mysterious Salsvault where there is potentially a cure for a magical disease that is turning people into frozen ice statues in the small fishing village of Palebank where our heroes began their journey. The party's wizard is currently infected with this magical disease, and the cure can only be found in the ancient Aeorian ruins of Salsvault where the disease originated.

Suffice to say, the stakes and tension within the group are high. Which culminated into amazing roleplaying from my players after an encounter with two Yetis during their mountainous trek. One of my players rushing into combat without consulting the rest of the party, and although the battle was quickly resolved, it erupted into a heated conversation between the 3-person team. The wizard and paladin reprimanded the mysterious witch for continuing to go off on her own without a second thought about the other members of the party. The paladin was pissed. They demanded answers. They couldn't handle losing any more members of the party and that's just what would have happened had the witch continued to do things on her own; at the guidance of her own intuition and visions from her personal goddess of worship, the Raven Queen. Something that she hadn't explained to the rest of the party.

I remained silent as I watched my players, in character, resolve their differences. It was a beautiful moment that resulted in some amazing storytelling as these players explored why their characters do what they do. I felt honored as a DM to watch the situation unfold because it meant that they were invested in the story that we cocreated.

D&D provides me an avenue to truly explore the depths of my own creativity as both an active participant and group facilitator.

It may not seem as calming as embroidery or as enriching as meditation. Every time I lead my players through our sessions, I can see strings of storylines being woven together almost as if it all actually is: fate; which brings me a sense of purpose and passion for the choices I make within my own life.

Our choices determine our stories. Let the dice roll, and watch as true magic really begins to fill your world.

finding purpose in everything i do.

More stories from Juan Faragher and writers in Geeks and other communities.