Was the Book Better? My Four Best (and Worst) Book-to-Film Adaptations

by Paul Combs 9 months ago in movie
Report Story

Not All Adaptations Are Created Equal 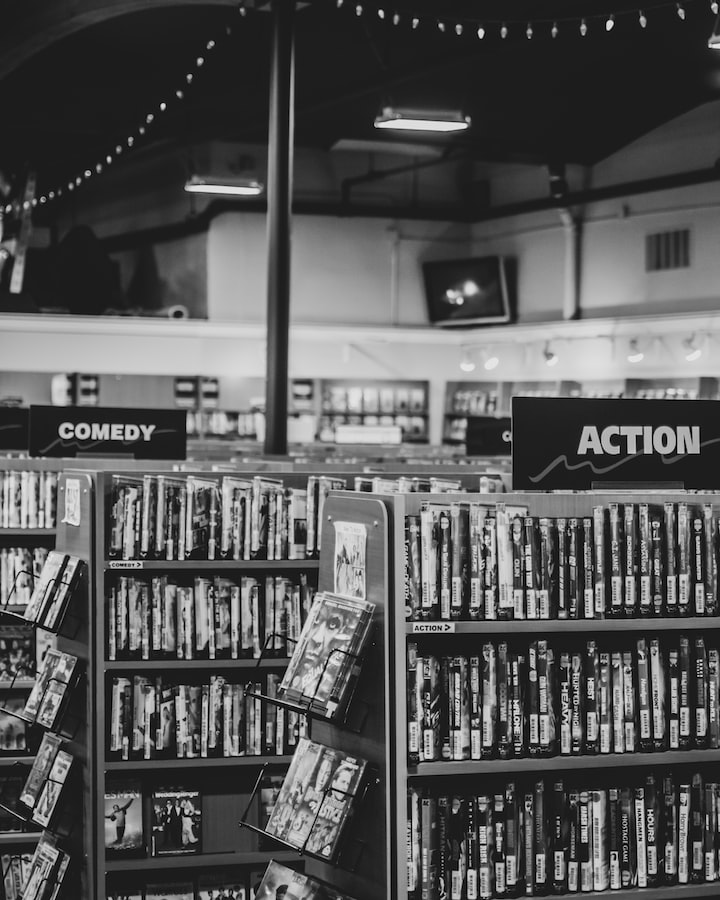 Photo by Sean Benesh on Unsplash

For as long as there have been movies, filmmakers have been turning books into films. From the Iliad and the Odyssey to the plays of Shakespeare to the latest bestseller, Hollywood has always been ready to bring a successful (or even unsuccessful) book or play to the big screen. They do this in part because people are more likely to see a film based on something they’re already familiar with.

While most hardcore readers believe that a book is always better than a film adapted from it, this isn’t always the case. It is true the majority of the time, but there are notable exceptions. And (heresy of heresies) there are actually a few instances where the movie far surpassed its source material.

So let’s take a look, first at the good and then the bad (with a little twist thrown in at the end just for kicks). As much as possible I am confining the titles listed here to ones I have both read and seen. For clarity, the title listed in the rankings is for the film.

1. The Godfather. I consider The Godfather the greatest movie ever made; there is no need to delve too deeply into why here, as entire books have been written on the subject. The Godfather Part II is equally good, and what those who have never read the novel may not know is that much of the material for the sequel came from the original book as well. Mario Puzo’s book was not only an excellent novel, it was also a massive bestseller. After its release in March 1969, it spent 67 weeks on The New York Times Best Seller list and sold nine million copies in two years.

This is actually a case of a great novel being surpassed by an even greater film adaptation. Puzo worked on the screenplay with Francis Ford Coppola, which helped keep the screenplay true to the book, and Coppola’s influence trimmed down some of the more bloated, lurid sections found in the novel (as good as it was, there were parts of the novel that could have been called 50 Shades of Sonny Corleone).

2. Goodfellas. Many people do not know that this classic gangster film was adapted from a book, and not a novel but true-crime nonfiction. Nicholas Pileggi wrote Henry Hill’s life story in Wiseguy, and Martin Scorsese turned it into a masterpiece as Goodfellas. The book is a gripping read and includes episodes from Hill’s criminal career that didn’t make it into the movie; the film may be the best Mafia movie ever made. I still think The Godfather is a better overall film, but Goodfellas is a far more realistic portrayal of mob life.

3. High Fidelity. If you’re looking for a near-perfect example of how to adapt a book to film, look no further than the adaptation of Nick Hornby’s novel High Fidelity. It’s a great book (one that everyone of a certain age, especially guys of a certain age should read); the film may even be better. It probably would have worked well being set in London (like the book), but John Cusack chose to set it in Chicago and it worked amazingly well there. If you’ve never seen the film, you need to simply for Jack Black’s performance. Oh, and there’s a Springsteen cameo too.

4. The Shining. Many would say It belongs here instead, but while I have seen both that film and its sequel, I have not read the novel. That’s because I have read The Shining, which permanently scarred me as an 11-year-old. The film is a classic, and even the originally critical Stephen King has come around in recent years, saying he appreciates Kubrick’s adaptation. I would advise avoiding both versions after dark.

1. Less Than Zero. Adapted from the groundbreaking 1985 novel by Bret Easton Ellis, the completely amoral L.A. teenagers in the book are far more terrifying than the cannibal Patrick Bateman in his more famous American Psycho ever could be. Yet the Andrew McCarthy Brat Pack-era film, while entertaining in its own way, is not even close to an actual adaptation, with its sanitized plot and “say no to drugs” mid-1980s message. The best performance in this one comes from a young Robert Downey, Jr. playing a drug addict, at a time when we didn’t yet know he wasn’t actually acting.

2. The Great Gatsby. There are just some books that should not be made into films because there is simply no way the film will come close to the level of the book. Filmmakers have tried multiple times with The Great Gatsby and failed every time. In the case of the most recent attempt starring Leonardo DiCaprio, I think that while DiCaprio came the closest to capturing the character of Jay Gatsby, the overall film is a mess. It’s more about glitz and Jazz Age parties and far less about the actual story. In fairness, it may not be possible to properly adapt what may be the greatest novel ever written in the English language.

3. Any Dr. Seuss Film Ever. Not to stomp on my kids’ childhood memories, but there has never been a good film adaptation of a Dr. Seuss book. Jim Carey played a decent (if over the top) Grinch, but the film itself was terrible. The Cat in the Hat: terrible. The Lorax: terrible. Stop making movies out of Dr. Seuss books.

4. Percy Jackson & the Olympians: The Lightning Thief. This is the only entry on this list where I saw the film but did not read the book. However, I trust my daughters’ vehement insistence that the film was not a faithful adaptation, that it left out important plot points, that the characters were not fully developed like in the book, and that basically it should never have been made. As I said, I only saw the movie, and wasn’t impressed.

Doctor Zhivago. The final adaptation on this list doesn’t fit either of the previous categories because it is a rare case of a terrible book being adapted into an outstanding film. It’s hard to believe that could ever happen, but it did with Director David Lean’s 1965 masterpiece Doctor Zhivago. The film is based on the 1957 novel by Boris Pasternak, a book that is easily the most frustrating read I have attempted this side of Ulysses. Pasternak was a poet by trade; this was the only novel he ever wrote, and it shows. What he needed most was a good editor, and how Lean managed to make such a great film from that book is an amazing story in itself.

I’ll leave you with a final thought. Maybe the best adaptations are the ones that aren’t ever made. Take the case of Carlos Ruiz Zafon’s The Shadow of the Wind, a novel that has sold more than 15 million copies. It would seem to be a natural for Hollywood to scoop up, but Zafon (who was a screenwriter himself) steadfastly refused all offers; he said there was no way to accurately transform the book into a film. That’s true in a lot of cases, maybe in every case. With every book we read, each of us sees a movie in our own head that is unique to us. Maybe we should leave it that way.

Originally published in FanFare on Medium.com.

More stories from Paul Combs and writers in Geeks and other communities.