The Representation JK Rowling never intended to give us 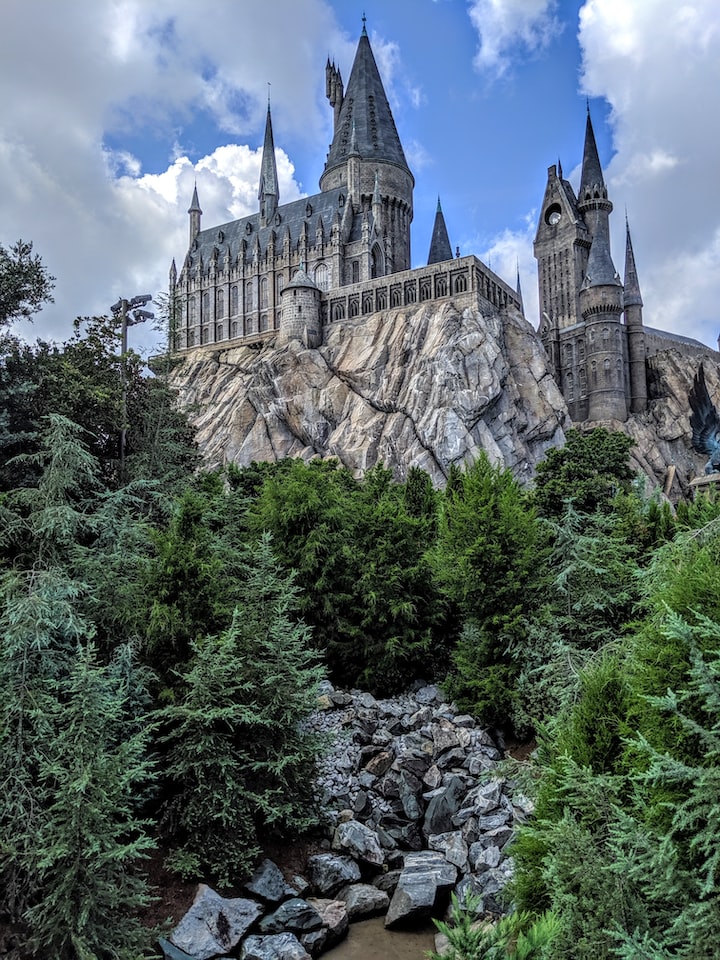 Photo by Darshan Patel on Unsplash

When I first read Harry Potter as a pre-teen, I didn't think much of Percy Weasley.

That's not to say I thought badly of him; he was there, and occasionally had speaking lines, or appeared to be the butt of a prank or to try and rein the twins in, but overall, Percy was easy to overlook.

Once I got older, and read and wrote enough fanfiction to step outside Harry's admittedly limited Point of View, that opinion changed. Once I knew more about mental health and hidden disabilities, I slammed face-first into a sudden realization. (Well, technically head-canon, because JK Rowling is not that progressive)

Percy is Autistic, and a Child of War.

Now, I don't think that JK Rowling actually intended to write Percy that way, given that her other 'representation' was mostly stereotypes, or introduced as an afterthought or in an interview.

Percy is an introvert, in a very extroverted family. He is very rule-oriented, mature in many ways and naïve in others, a bit socially awkward, and tends to hyper-focus. These are fairly classing signs of Autism, particularly in males.

A 'hallmark' of autistic people is an obsession with rules and routine, as a guide for how to function in a world that is frequently confusing and makes no sense.

("Be honest... no, not that honest", "Talk abut your interests... omg, shut up, can't you talk about anything else?", "Copy what other people are doing... I don't care if everyone was doing it, that's wrong and you should have known better!")

I found a bunch of Autistic Percy head canons on Tumblr and ran with them. (https://improbabledragon.tumblr.com/post/116316991939/autistic-percy-weasley-though-percy-who-needs)

Autistic people tend to have limited 'social batteries' and need time alone doing their own thing to 'recharge'. Like Hermione, Percy is very focused on behaving properly and according to the rules, but unlike Hermione, he expects this to be reciprocated by authority figures. Study hard and get good grades = become Prefect and Headboy. Do your job well = get promoted. To Percy, that's how the world works.

The problems start when those rules change.

Percy did his job and did it well, being promoted in his first year working at the Ministry and essentially running the department in Mr Crouch's absence. Yes, the whole thing with not realizing that his boss had gone missing and been murdered while supposedly on a 'leave of absence for his health' looks bad, but that must be why Minister Fudge poached him out of the Department of International Magical Co-operation and into his own office as a Junior Assistant. Percy worked hard and proved himself; he deserves to be rewarded for his Trial by Fire.

Percy craves external validation because when it comes from people who are powerful and successful and intelligent... well, surely they must be right. Mr Crouch worked in Law Enforcement, and International relations and speaks multiple languages and thinks that Percy is the best assistant in years. (well, the least incompetent, but it means the same thing). It's a bit annoying when Crouch calls him Weatherby in front of his brothers (who don't need more material), but Percy isn't always good with names, either, and what with the Tournament and the Quidditch Cup on top of their normal workload, Mr Crouch is a busy man. A mistake here and there is understandable.

If Voldemort really was back, surely the Ministry would know and be warning people...

For context, Voldemort did spend the first year after his resurrection lying low, and any deaths or disappearances could be explained away as coincidence. Dark Creatures are always causing trouble of one kind or another; what's new about that? Someone is finally taking steps to make sure Hogwarts can be run as a School and a safe place for it's students? Percy's younger siblings have been endangered every year since they started; he thinks that it's about time!

Harry had just undergone a stressful year of being entered in a very dangerous tournament where he faced a dragon alone, among other things. On top of that, the poor boy was years younger than the other contestants, one of whom died in front of him. It's hardly a wonder that he'd link it back to Voldemort as a coping mechanism, since the Dark Lord was responsible the last time someone was killed in front of him.

Percy is familiar with that kind of trauma.

By the time the First Wizarding War against Voldemort ended, Percy would have been five or six years old.

Old enough to remember the deaths of his Uncles Gideon and Fabian. Old enough to understand the atmosphere of fear and dread, of wondering which friend or acquaintance is going to turn up dead next. Old enough to have ingrained The Rules: be quiet, do as you're told, make sure your siblings do the same, and no one will get hurt or be in trouble.

If there was a raid, that's what Percy would have been told to do: hide with his siblings and wait for an adult to come find them after everything was over.

Canonically, there is a large age gap between Charlie and Percy. It's mentioned Gryffindor hasn't won the Quidditch Cup since Charlie Weasley left, and later that Slytherin have held the cup for seven years. In addition, Charlie has moved to Romania to work at a dragon reserve, this implies a level of independence and expertise not usual for someone who has only just graduated from Hogwarts, especially if they can't count on financial help from family. That leaves Percy as the "big" brother, because the Bigger Brothers have grown up and moved out and *someone* has to be.

(Yes, I know Rowling later claimed that there are only 3 years between Charlie and Percy, but that invalidates so many Canon points that I'm putting it down to "Bad at Maths")

But Percy is only two years older than the twins, and all four of his younger siblings remember Bill and Charlie as the big brothers to look up to, and Percy is *trying*, but it somehow always comes off as arrogant/overbearing and they resent it.

Those are the rules that shaped Percy's life: obey the rules and do what the Adults/Authority figures tell you, and everything will be ok.

Those are the rules that saw him praised as Mother's good boy and responsible helper, the son she could always count on. (Because with five children at home, Percy was absolutely roped into keeping an eye on Fred and George, especially with Toddler Ron and Newborn Ginny taking up Mrs Weasley's attention) Those are the rules that were praised at Hogwarts, too, evidenced by being given the responsibility of Prefect and Head Boy. Those are the rules that got him promoted to Mr Crouch's Personal Assistant, and then to the Minister of Magic's office.

Why did they suddenly change? Why on earth would Minister Fudge want to spy on a housewife and the head of a two-person department. None of it made sense, so Percy ignores the limited evidence and Dumbledore's word in favor of the answer that does make sense, and the rules that have always been true so far.

It's just a pity that this is the one time he was wrong to do so.

I'll delve further into my Percy Weasley head-canons, and what I think he was doing off-page at a later point. If you can't wait that long, check out my Percy-centric Fanfiction: Soaring to the Sky With Your Feet on the Ground.

Receive stories by Natasja Rose in your feed
Natasja Rose
Read next: Grab Bag: What Makes These 10 Movies Classics?