In the Background, Haunting the Margins

by Joe Shetina 10 months ago in review

Queer representation as told by Disclosure and The Celluloid Closet 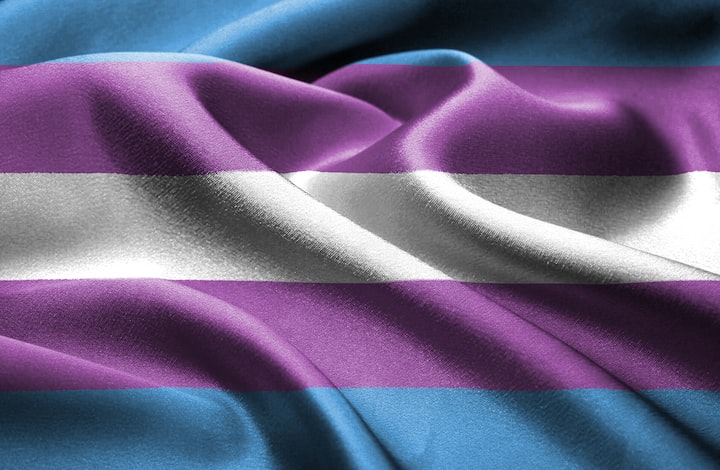 Photo by Lena Balk on Unsplash

At one point in Disclosure: Trans Lives on Screen, producer/actress Laverne Cox describes the experience of engaging with popular media as a minority audience:

“When you are a member of a marginalized community, most of the film and television is not made with you in mind. And so if you are a person of color, an LGBTQ person, a person who's an immigrant, a person with a disability, you develop a critical awareness because you understand that the images that you're seeing are not your life.”

Disclosure: Trans Lives on Screen is Sam Feder’s documentary about transgender representation in (predominantly) American media. It made its debut on Netflix in June 2020. Among its producers is Cox, the trailblazing actress most known for her role as Sophia Burset in Netflix’s Orange Is the New Black. In this role, she made history by becoming the first openly trans performer to be nominated for a Primetime Emmy.

Making its festival debut at Sundance in January 2020, the 100-minute documentary was quickly snapped up by Netflix for a June release in celebration of Pride Month. In the months between its festival debut and its appearance on the streaming platform, the world changed irrevocably. The COVID-19 pandemic, anti-Black violence, and climate-related disasters made the world seem bleaker.

Curious then that a documentary like Disclosure, punctuated by such specific and damaging acts of mockery and cruelty, should feel so hopeful.

The documentary begins at the dawn of cinema and ends in the current moment, where more trans characters, performers, and creators are visible in American pop culture than ever before. As historical survey, it illuminates the hidden and/or forgotten presence of gender non-conformity in American moving images as early as the 1910s. As media criticism, it unearths, dissects, and dispels the tropes, myths, and prejudices about gender-nonconforming people that were propagated and, in some cases, even created by these films and television shows. As personal recollection, it gives voice to the trans artists and personalities who were are largely responsible for the current moment of relatively abundant transgender representation in mass media.

Despite recent advancements in positive media representation, transgender and gender-nonconforming characters have long been a part of popular film and television. However, these portrayals were often transphobic. By exploring this troubled past, Disclosure investigates real-world effects of transphobia and the importance of realistic portrayals of trans people on film and television.

In this way, Disclosure recalls the 1995 documentary The Celluloid Closet.

Based on Vito Russo’s landmark text of the same name, the Rob Epstein-Jeffrey Friedman documentary is an attempt to do a similar project for gay, lesbian, and queer people in film.

Like Disclosure, The Celluloid Closet is also presented and narrated by a queer trailblazer: Lily Tomlin. Her narration guides us through myriad clips from Hollywood films, interviews with celebrated artists and notable queer personalities, and contextual information to explain how these movies shaped and were shaped by the culture around them.

Parsing the subtext-laden movies made during the Hays Code era of classic Hollywood and the more daring, violent, and often homophobic depictions of queer people in the 60s, 70s, and 80s, The Celluloid Closet explores film history with a critical eye, a sharp wit, and a compassion for its subject that was (and in many ways, still is) sorely needed.

Though there are marked differences between the two films—a major one being that Celluloid Closet includes interviews from several filmmakers and artists who were not queer, but were involved in the featured films whereas Disclosure features an entirely trans and gender-nonconforming roster of interviewees—they share a similar purpose. Where the idea of queer people appearing in media might seem a relatively new phenomenon, Disclosure and The Celluloid Closet prove otherwise. Both documentaries not only dispel this myth, but are very incisive about the negative stereotypes these portrayals ingrained. The movies themselves offer a resounding cry of: “We’ve always been here.”

Both movies chart a history of queer representation that is largely uninterested in exploring the real lives of these communities. Many of the movies and TV shows discussed only involve queer people in supporting or brief roles. They are usually the butt of jokes or victims of violence. Often, they are both.

Queer history on screen is many things at once: silly and infantilizing, cruel and dehumanizing, and sympathetic but flawed. The takeaway is that portrayals of queer people have gotten better, but both movies caution against the idea that representation is the be-all and end-all of progress. Representation is only a step—albeit an important step—in bettering the real, material lives of queer people off-screen.

But still, Disclosure and The Celluloid Closet end on a note of hope. They share a cautious optimism that things will get, have already gotten better. It is important for people, queer or not, to know how we got to this moment.

This is the particular magic of queer people that both documentaries convey. Queer people have always been here, hovering, haunting the heterosexual frame. Too bold, too grand, and too beautiful to be lost completely.

Joe Shetina (they/he) is a fat gay writer and camp object currently based in Chicago. https://linktr.ee/jshetina

Read next: Nashville: How to Make Everyone Happy