I’m the Baby From “Centigrade,” and I’d Like to Tell My Side of the Story

by Lindsay Rae Brown 19 days ago in movie

Spoilers up in this frozen vroom vroom 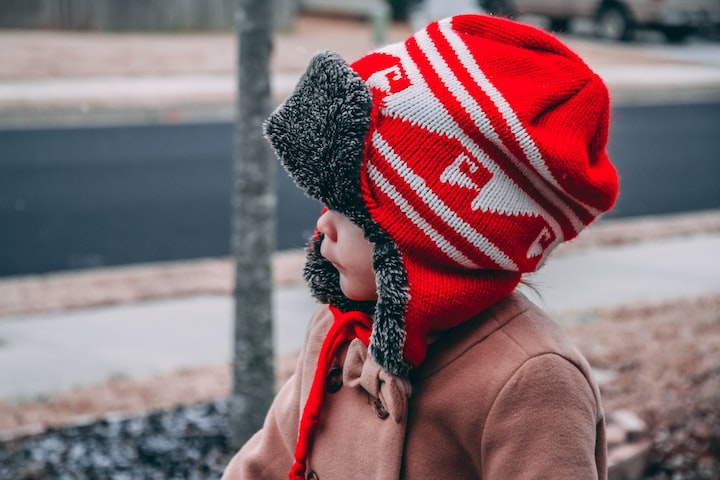 Photo by Alin Dragu on Unsplash

You may not think that an infant child would have a lot to say about the conditions in which they were brought into this frigid hellscape of a world, but I sure do.

I’ll set the scene if you haven’t had a chance to watch the shit show that was the first week of my life.

Good ole, Mom and Dad are driving on a remote road in Norway. Wait, let me stop myself right here. How they came to be in Norway is beyond me since Mom was very pregnant with me and probably wouldn’t have been allowed to fly in the first place.

Sure she had a book tour for her failing novel. Dad’s words, not mine! But is that a solid enough reason for the airlines to allow her to fly? Did they live there? These are the real questions I and so many others are still wondering.

But I digress; this is but an infinitesimal roadblock in the many issues facing our soon-to-be dire situation.

The snow and freezing rain are coming down fast, and because Dad is a little bitch, he decides that the best course of action is to pull over on the side of the road and take a little nappy-poo to wait out the coming snowpocalypse.

Surprise! When they awake, they are basically frozen in the car. Mom immediately starts saying that they need to tunnel their way out, like right now. I’m all in utero thinking, “No shit, genius. Get us the hell out of here.”

Dad says, “No can do. We don’t know what’s out there.” Like he’s expecting some abominable snow people waiting to pounce as soon as their feet hit the ice outside the car.

So they wait. And wait. Mom suggests that they try to escape every once in a while, but Dad stands his ground — still assumedly fearful of the snowpeople. It’s frustrating because they’ve heard the snowplow go by. They know that people must be out and about in these parts. It’s sort of like they want to die in the frozen car and take me down with them.

They say common sense is a dying virtue. In my case, my parent’s lack of common sense will be the death of us all!

We’re running out of food and even water, so Dad has the bright idea to crack the window and melt the snow for water.

He can roll the damn window down now?

Dad melts the snow with one of the seemingly endless supplies of candles he has. Do you know where else there’s water? In the god damn town just down the road!

Finally, Mom’s had enough, and while Dad’s sleeping, she busts the shit out of the half-rolled down window. But before she can try to start tunnelling, he wrestles her to the back seat and tells her she’s got to calm down.

I try not to get too upset about the small stuff. I am a baby, after all. But if there was ever a time to freak out, it’s probably when you’re trapped in a car that you could easily escape from.

So this is where I come in. It’s getting awfully uncomfortable in the small confines of the uterus. Especially with Mom slowly starving to death. So I decide it’s time to come on out of there. Little did I know the literal shit storm I’d be crawling into. They had been pissing and shitting for two damn weeks in that sty — real nice conditions for a newborn baby.

Nevertheless, I am born a healthy 6-month-old babe.

However, when one decides to homestead in the frozen confines of a vehicle, problems always tend to arise. For example, the dead body Mom and I have to contend with soon after my ill-timed arrival. The poor bastard froze to death, trying to chip away more ice to melt for water. As annoyed as I was with his dismissal of the escape plan, nobody deserves an ice-pop death.

By this point, Mom’s eating the paper out of her notebook, which I don’t really understand when there is a perfectly good placenta — oh no, never mind. Now she’s eating the raw placenta too.

She’s talking to Dad’s corpse like they’re out on a date, and this shit is just getting super freaky deaky, man.

I’m just starting to wonder if I’ll ever see the world outside this shit-mobile when Ma notices that the 4 inches of snow covering the car are beginning to melt. She karate chops a hole through the slush, throws me in a duffle bag, and we get the hell out of dodge (ha, pun!).

I thought that she might move me to a papoose on her chest to keep me warm for the hike to civilization, but she thought that swinging me around in the duffle in the freezing cold was a better idea. This is still a point of contention between us.

Finally, after hours of trudging, we find our way to safety.

I guess it was an interesting start to my life, even though the entire time we were trapped in that car, I kept looking up at the skylight that had the sun shining down through it and wondering, why don’t they smash that thing to get out?

Oh well, I guess they just didn’t think about it.