by Paco Taylor 6 months ago in comics

Whoever said it does probably hasn’t been reading comics long

With all the hubbub over DC Comics’ newest sensation Naomi taking up so much of the nerdversations® on Facebook, Twitter, and elsewhere over the last couple of months, it’s been super easy to forget how much of an impact newish Teen Titans member Crush had previously been having on the minds of both comic book collectors and retailers.

The buzz on ol’ Crush began in the spring of 2018, when it was announced (in the weeks prior to the release of her first appearance in Teen Titans#20) that she was the daughter of DC’s intergalactic bounty hunter Lobo. The popularity of Lobo back in the 1990s was absolutely bonkers. So, many of the “Main Man’s,” longtime fans were stoked to see a spunky offspring following in the footsteps of her dad’s punk rock style boots. 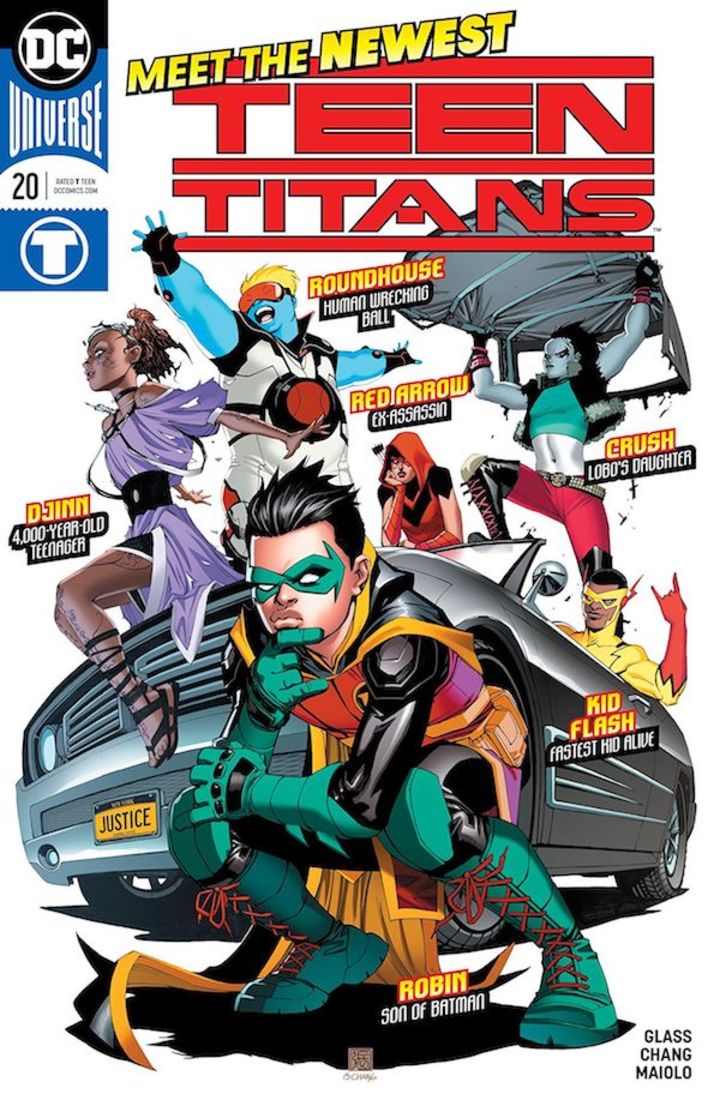 During her debut in Teen Titans #20, Crush revealed to team leader Robin that she hadn’t learned until late in her young life that Lobo was her biological dad. Having been raised in the care of foster parents, the 15-year-old had never seen Lobo face to face and was eager to do so, so that she could wrap her arms around him… and “rip his head off.”

When Teen Titans#30 hit the shelves on May 15, the moment that readers had waited nearly a whole year for finally arrived! Well, sorta. Readers only got a super-cool-but-baby-shark-sized taste of the dysfunctional family meeting to come between Crush and her deadbeat dad.

With the details of the non-existent relationship between Crush and Lobo set to play out over the May, June and July issues of Teen Titans, readers may find themselves waiting impatiently to find out who Crush’s mom is. But there’s a strong front runner in the short list of who fans would like it to be. 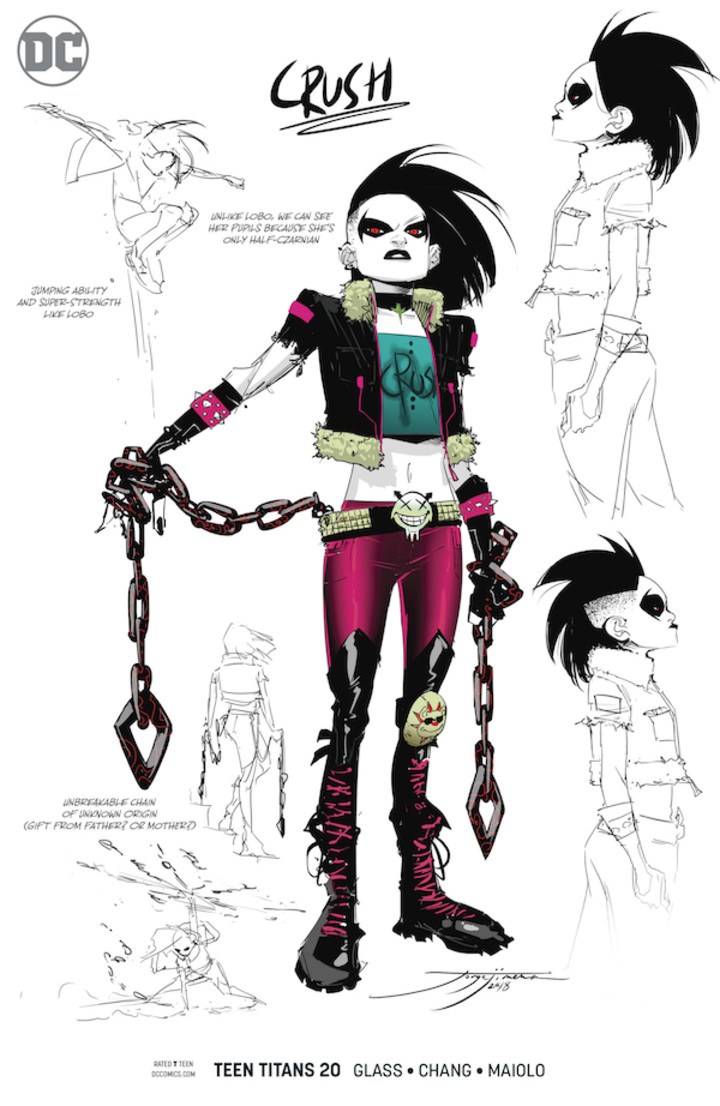 With Crush’s complexion being deathly white like her dad’s, and with the complexion of one Ms. Harley Quinn—who met and possibly-maybe did ‘the nasty’ with Lobo two years ago—having the similar complete absence of pigmentation, speculation has been rampant that Harley is Lobo’s baby mama, and therefore Crush’s biological mom. But in a dimension-jumping, alternate comic book multiverse sort of way (See: Harley’s Little Black Book#6).

Either way, the answer to the riddle of Crush’s maternity is also expected to play out over the current Teen Titans storyline. So, what could be settled forthwith is the mystery behind Crush’s first comic book appearance—which actually shouldn’t be a mystery at all! But it’s become one for some folks out there in the nerdiverse. 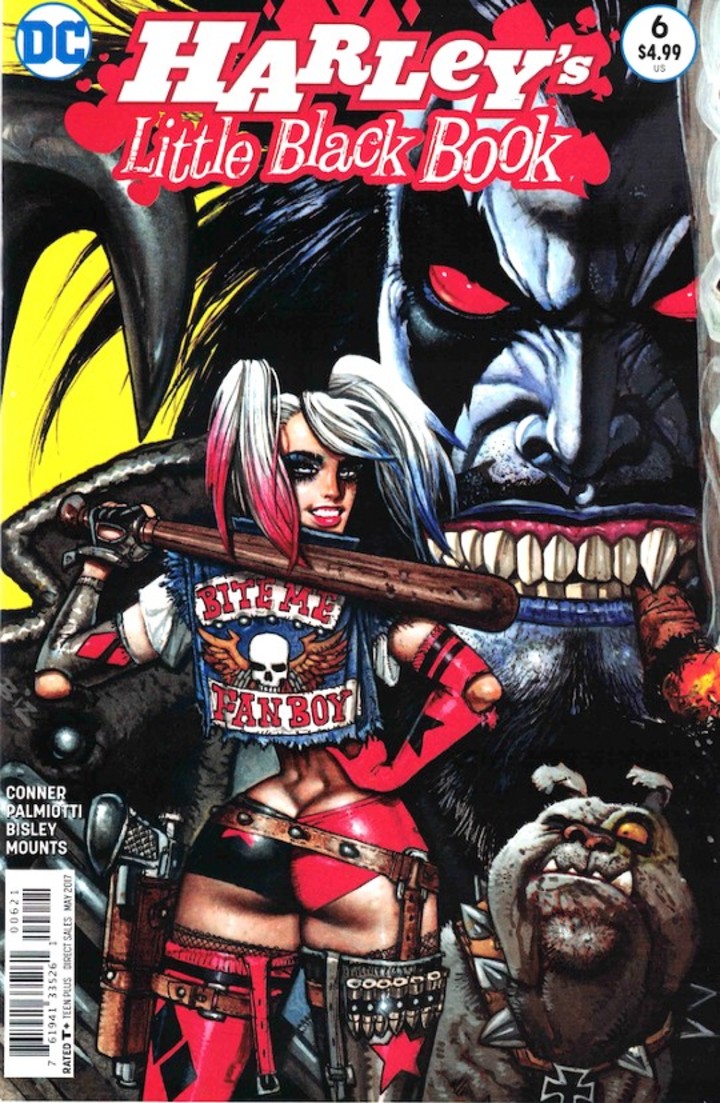 Who the fragg, to coin Lobo’s famous faux-expletive, made the call to deem Teen Titans Special#1—which features a preview of Teen Titans #20—the first appearance of Crush? I mean, really?

Per various geek resources, including the DC Database (dc.fandom.com), Teen Titans Special#1 is the first appearance of Crush, as well as fellow newbie teammates Djinn and Roundhouse. But that, True Believers, is 100% genuine poppycock. 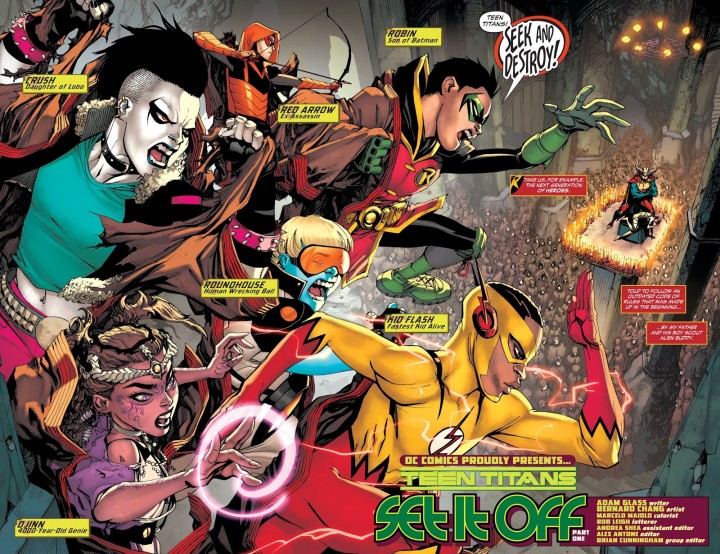 Despite there being that nice 6-page preview of Teen Titans #20, which includes the pulse-pounding splash page seen above, this advance look in no way meets the standard of a first appearance. It’s a teaser. Better still, a sneak preview.

It’s also just like the other previews DC inserted into its books over the course of 2018 to advertise the new directions being taken with existing titles (like Teen Titans) and then upcoming titles, like Damage, Silencer, The Terrifics and The Curse of Brimstone. Some of ’em literally had it spelled out what they were, making use of the familiar phrase “special sneak preview” across the top of the intro page.

You almost have to wonder if the quasi-nerds who decided this was Crush’s first appearance actually read more than one comic book each month. If so, they’d have known that that same preview featured in Teen Titans Special#1 was also printed in other books published by DC in the spring of 2018, including Justice League#1.

From a speculators perspective (read: folks who flip comics on eBay—um... like yours truly sometimes), the large-ish estimated print run on Teen Titans#20, seemingly in the 70,000 range, could possibly-maybe explain why some favor Teen Titans Special #1 being the first appearance of Crush. The scarcity of a sought after book can drive up its value with collectors.

scar·ci·ty /ˈskersədē / noun. the state of being scarce or in short supply; shortage.

Conversely, the print run on Teen Titans Special#1 was estimated to be in the low 30k range. And, in keeping with the law of supply and demand, comics with smaller print runs command higher prices when the supply is small, the demand is high and desperate collectors are battling over whatever’s available on eBay (See: Naomi#1). But that just simply isn’t the case here. 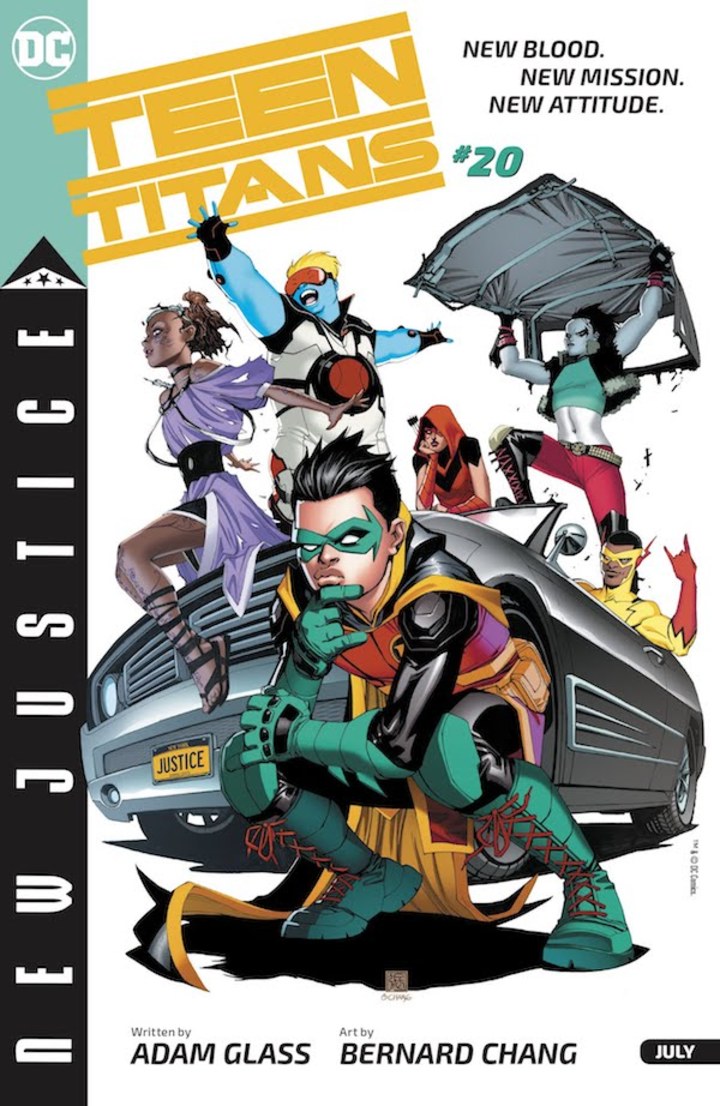 As stated, the Teen Titans#20 preview was published in Justice League#1, as well as other DC titles. The estimated print run on that book alone—which boasts DC’s flagship superhero team—was estimated to be in the 200k range. So with just two books we’re talking well over a quarter of a million copies!

What’s more, if we decided to go digging through actual back issue boxes to research all the books DC published in June of 2018, the estimated print runs on Crush’s so called “first appearance” shoots up even higher!

All right, True Believers, with the appropriate credit for the actual, factual first appearance of Crush out of the way, we Titans fans can devote our focus to more pressing matters, like whether Crush is really Lobo’s and Harley’s lovechild.

All across the nerdiverse, enquiring minds wanna know.

See all posts by Paco Taylor →