Developed Countries, Including the United States, are Far Behind in Paying the Money Promised to the Climate Fund

We can see the lack of honesty from big countries 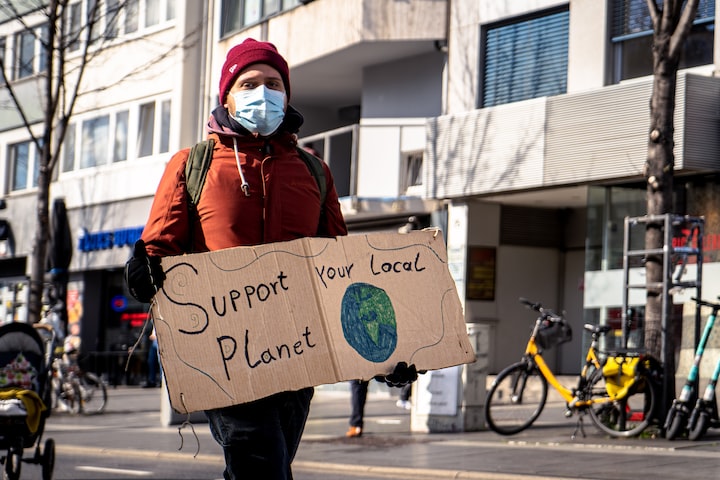 Climate change has adversely affected the entire world today. Reckless behavior of the rich countries of the world. Of the global carbon emissions, rich and industrialized countries account for the majority of carbon emissions. But there is a lack of will among these countries to deal with the harmful effects of climate change.

How to reduce carbon emissions to preserve environmental diversity and a beautiful and livable worldWorld leaders do not care much about what can be doneRecently, the COP-27 climate change conference organized by the United Nations was held in Egypt. At the conference, world leaders discussed the impact of climate change and how to deal with it.

Therefore, in this year's COP-27 conference, there has been a demand from the affected countries to be vocal in collecting the compensation money as promised by the developed countries.

Developed countries have pledged to allocate $100 billion annually to climate change compensation funds by 2020. The US is supposed to pay the most compensation. They will pay $40 billion a year in compensation.

Even from this year's climate conference, there was no significant progress on the issue of compensation. Affected and developing countries bear very little responsibility for the significant damage caused to the world by severe climate change.

But all countries should work together to deal with this world crisis by allocating money from rich countries In addition, cooperation and trust should be created between the countries Rich countries come to a decision on whether the affected countries can survive Agreed to pay much less than the amount of damageBut rich countries are not fulfilling that promise.

Weather is behaving differently due to climate change. Even the global temperature has increased manifold. Rich nations have pledged nearly $100 billion in aid to bring carbon emissions to bearable levels and help countries hit by the effects of climate change.

However, this amount is much less than the requirement. But the sad thing is that rich countries are not paying this amount. As a result, there is hardly any progress in dealing with the crisis.

Although several reports have been published on this issue, no response has been received. These reports reveal how much damage and risk countries are facing due to climate change. Rich nations have agreed to keep global warming to 1.5 degrees Celsius. But no credible progress in that regard is yet to be seen. Even through the speech of UN Secretary General Antonio Guterres, the issue of the crisis has come up.

Guterres said global investment must be increased to address the global crisis and protect the world from the harmful effects of climate change. It is very necessary and necessary to take action in this regard to save the lives of crores of people.

Because the situation is getting more complicated day by day Experts believe that the impact of climate change has reached such a critical level that it is no longer possible to deal with this situation. When faced with the harmful effects of climate change, countries will seek financial assistance from rich countries.

More stories from Henry madman and writers in Geeks and other communities.