by Natasja Rose 10 days ago in industry 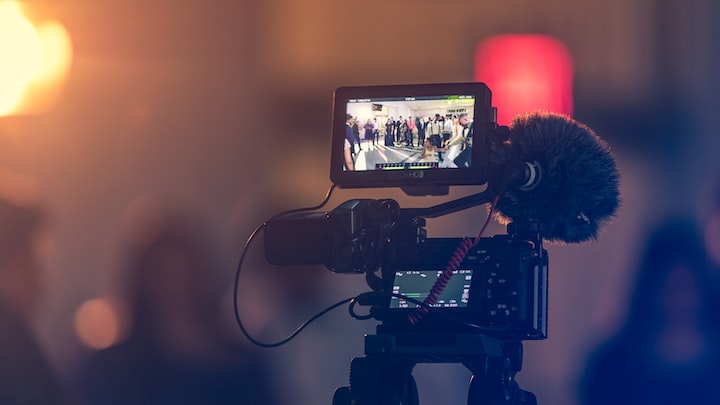 Photo by Kushagra Kevat on Unsplash

Something I’ve seen recently in online discussions is arguments about “Coded” characters.

In most of those arguments, there’s been a lot of confusion around what kind of framing is or isn’t coding a character, and sometimes confusion over what coding even is. So, when I was stuck on my current NaNoWriMo project, I figured that I might as well distract myself by clearing a few things up.

What Is Character Coding?

Character Coding is when a character or race is given physical, action, or personality traits that draw parallels to a real-life minority.

This is most prevalent in Fantasy and Sci-Fi, where non-human races might have parallels to human traits to make them more relatable to the audience, but it also occurs frequently in Movies or TV shows where a character is hinted at having a disability or being non-cishet, but it is never confirmed by the director, studio, or in-universe. Likewise, some period pieces might give a character various traits that in the modern would would have been diagnosed, but in the earlier time period, such a condition wasn’t yet known to exist, or hadn’t been named.

ADHD or Autistic traits in Ancient Greece, or Regency England, for example. A fantasy race that draws power or knowledge from an intensely spiritual lifestyle or higher purposes that is clearly based off the popular perception of various religious orders.

Coding is, in essence, applying racial, religious, gender or other diverse traits to characters, to mimic concepts that don't exist in-universe.

The Calormans in C.S. Lewis’s “Chronicles of Narnia”, or the Haradrim of Tolkien’s “Lord of the Rings” are an example of race-coding. Their physical descriptions and what little is known of their culture clearly frame them as Middle-Eastern, based heavily on the Ottoman Turks that Lewis and Tolkien fought in World War I. However, as both races exist in worlds where there is no such thing as Eastern Europe or the Ottoman Empire, we can only draw parallels.

Avatar: the Last Airbender, is another example, with the Four Nations based off different cultures. The Air Nomads, living in temples with a devoutly spiritual lifestyle, were based off Tibetan Buddhist Monks and Nuns. The Water Tribes, particularly the Southern Water Tribe, are clearly based off Inuit Culture. The Fire Nation fighting style and culture has clear Japanese influence, while the Earth Kingdom is reminiscent of feudal China.

This kind of race-coding is common in Fantasy, basing civilizations and cultures off cultures known to readers or viewers, as a foundation and to build a sense of familiarity.

An example of “Disability-Coding” might be Sheldon from “The Big Bang Theory” or “Young Sheldon”. While the character is undoubtedly based off Autistic Savant stereotypes and played for laughs, fans saw the “Autistic-Coding” pretty quickly.

A monster or alien race may have no distinguishable binary gender, so personality traits might be used to code specific characters as male or female.

As a side-note, Coding isn’t always a good thing, especially when the Coding is based on harmful or discriminatory stereotypes, like the common trend for “Evil” Fantasy races to have dark or swarthy skin and a lust for blood and violence in a clear parallel to stereotypes of POC, or claims that the Goblins of Harry Potter — Greedy, decietful, amoral bankers who control the Wizarding World’s wealth — being based on Jewish stereotypes.

A lot of the confusion around Coding seems to occur when a character acts outside of what we would typically expect of the Genre.

Charlize Theron isn’t “male-coded” as Furiosa in “Mad Max” or Andi in “The Old Guard” because she has a clear leadership role, even over other male characters shown to be capable and competent. She’s still very much a woman, but her gender is incidental to the fact that she is a capable and competent leader.

A male character in an Action film isn’t “female-coded” because they struggle with emotions and cried once. The character is made vulnerable by their emotions, yes, but that isn’t an inherently feminine trait.

Loki from the MCU isn’t “POC-coded” just because his natural colour as a Joten happens to be blue. The ‘othering’ of the Frost Giants is because of the past enmity and the ongoing *ahem* cold war that existed between Asgard and Jotenheim at the time of the first Thor movie, not because of their skin colour.

(Also, anyone making that claim clearly hasn’t read actual Norse mythology, because Genderfluid, magic-wielding, probably-bisexual Loki has plenty of minority traits that are not just coded, but explicitly stated in the various poetic Eddas, without reaching for extra ones…)

Many of these false equivalences fall flat in particular because the characters exist in worlds where Coding is un-necessary, because female characters, disabled characters, and characters of colour already exist, so there is no need to "code" characters as those things.

If you didn't know before, now you do.

Receive stories by Natasja Rose in your feed
Natasja Rose
Read next: Pink "#FailingBeautifully" At Parenthood