Maybe your New Year’s resolution is simple then your friends. Frankly, there is nothing wrong with sitting down, brew a pot of tea, begin reading a couple of pages until the tea whistles, and continue the reading.

This will enlist suggestions of books which was published in September to December 2019 and are expected to be printed in 2020:

Reputation: A Novel by Sara Shepard

Solid praise from various authors, Caroline Kepnes refers to the novel as a video game told from multiple viewpoints. Set in a prestigious university— home to an aristocracy student body and a top hospital. A plotted nail-biting story of intrigue, sabotage, and secrets. 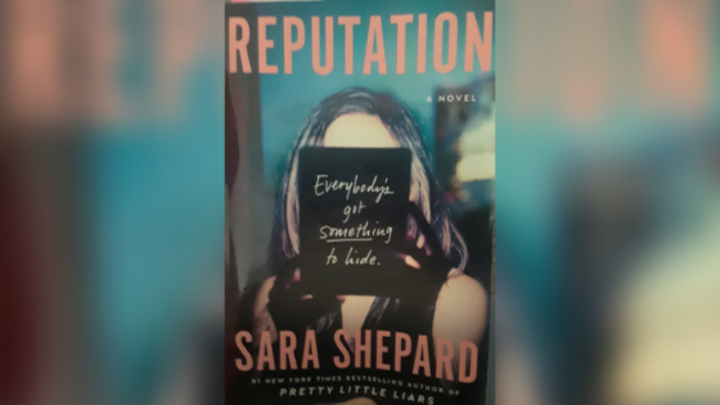 She Said: Breaking the Sexual Harassment Story That Helped Ignite a Movement written by Jodi Kantor and Megan Twohey

A story about investigative journalism, starting with the first unlikely days of Kantor and Twohey reporting to no one would speak to them, coaxed out secrets, pinned down information, and pursue the truth.

Literary fiction of love, art, and ambition captures a transitional moment in a young woman's struggle to succeed—creatively, financially, sexually, and existentially.

Hitting a Straight Lick with a Crooked Stick: Stories from the Harlem Renaissance by Zora Neale Hurston

What does one know about the Harlem Renaissance?

You Are Not Alone Novel by Greer Hendricks and Sarah Pekkanen

Authors of the top ten bestsellers The Wife Between Us and An Anonymous Girl, a nail-biting thriller centers on a group of women who appear to have the perfect lives, but all is not what it seems.

A modern young adult novel from a debut author. A fresh and irresistible romantic comedy about the chances we take, the paths can lead us, and how love can be found in the opposite place you expected.

Electrifying and contemporary. Dystonia fiction of two ambitious friends, the dark choices they make and the profound moment that changes the meaning of privacy forever.

There’s a new mystery to solve at Bayview High and a whole new set of rules. A ton of copycat gossip applications have popped up, but the foursome was cleared, and no one has been able to fill the gossip void.

This time it’s not an app… it’s a game of Truth or Dare.

A page-turning cautionary tale of revelatory interrogation, consequences, and unwitting designers are only beginning to understand. Part coming-age-story and part portrait of an already-bygone era is a first-person glimpse into the high-flying startup culture at a time of unchecked ambition, unregulated surveillance, wild fortune, and accelerating political power.

If you like Gillian Flynn 2006 novel ‘Sharp Objects’ than this tightly drawn thriller peels back the layers of the most complicated mother-daughter relationships. Shocking and a nail-bitter.

Thought-provoking and impossible to put down. A psychological fiction of the relationship between a teenage girl and her manipulative teacher. In 2017 the rise of allegations against powerful men, a reckoning is coming due.

Heart-wrenching and gripping suspense of sisters, addiction, and formidable ties. A present-day mystery of a sisters’ childhood and adolescence.

The Glass Hotel: A Novel by Emily St. John Mandel

Yet other psychological-mystery of money, beauty, white-collar crime, ghosts, and compromise. A captivating portrait of greed, guilt, love, delusion, ghosts, unintended consequences, and the infinite ways we search for meaning in our lives.

I should get this out of the way: I'm brainstorming and on the prowl. New York City, Brooklyn-raised and Staten Island-born. My voice is "to-the-point", I don't spoon-feed, or sugarcoat.

See all posts by Michele S.. →