by Josh Lowe 3 months ago in tv 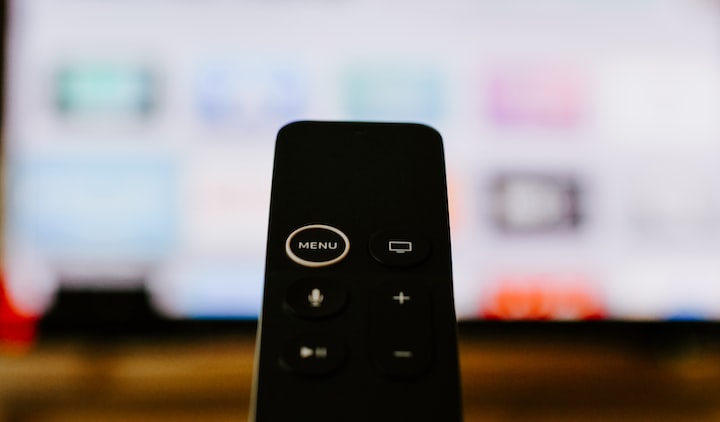 There’s no doubt that this past year has provided avid opportunity for multiple Netflix binges. Yet one show has stood out to me amongst the rest. Never did I think I would be so utterly mesmerised by a TV show where people compete to make glass objects, but season one of Blown Away has done just that, and it’s blown my mind.

Blown Away is a reality glassblowing competition television series which has encapsulated me since the very first episode. In essence, the competitors are given challenges and themes in each episode and compete to make the best glass display they can in the time they are given. The best sculptures are rewarded, and the worst are excluded. It’s stressful, it’s dramatic, and it’s everything I hate about reality TV. Yet somehow, I can’t stop watching it.

I think what gets me the most is that the molten glass looks strangely… delicious. Like gooey candy. It’s probably just as well I’ll never be in a glass blowing workshop because I’d probably end up with third degree burns about two minutes into the competition. So I guess watching it on TV will have to do.

Not only is it strangely satisfying to watch the process as the artists melt, bend and chip the glass into beautiful masterpieces, the end results are also often incredible as well. All this, with the additional heart-felt moments when artists explain their motivations behind their work makes the show an engaging rollercoaster of emotions and entertainment.

Now, all of this probably sounds amazing, and it is, but there are also several aspects which make it a little cringey, which is why I have unfortunately had to throw it into the guilty pleasure pile alongside The Bachelor and Love Actually. To start things off, there’s a consistent reference to ‘Glory Holes’ throughout the show which is hard to overlook. It’s not what you’re probably thinking, ‘Glory Holes’ on this show are machines they use to melt the glass so they can manipulate its shape. However, the innuendo this creates is incredibly obvious. This was particularly problematic for me because I live in a share house, so when people would walk past the TV and hear the host talking about “Blowing harder” [in reference to the glass], and “Using the glory hole”, there were certainly some strange and uncomfortable glances. So if you are going to take my advice and watch this show, be warned that the dialogue is consistently littered with sexual innuendos. Whether this is a good or a bad thing is entirely up to you.

The other issues I have with the show are arguably my fault, but they still contribute to it being a guilty pleasure nonetheless. Things like getting too invested and visually flinching or screaming when someone breaks their glass artwork make it less appropriate to watch when other people are around. However, I think the worst part is that it turns me into an absolute hypocrite. With time limits and pressure from the competition, sometimes the artists produce some questionable pieces. It’s often all too easy to look at some of their work and say “that looks like absolute garbage”, while sitting on the couch with bed hair and a mouthful of corn chips. Would I be able to create something even half as good? Absolutely not, but that won’t stop me from slipping into the shoes of a snobby middle-aged art critic every episode while exclaiming things like, “Oh, you went with THAT colour, Deborah? Bold choice”.

But when all is said and done, Blown Away is still an amazing show. Perhaps a show that you should watch by yourself in your own time, but an amazing show nonetheless. If you haven’t had the chance to watch it already, I highly recommend it. It’s a guilty pleasure, but it’s sure to blow your mind.