by Shannon Dinh about a year ago in art

"Impressionism, it is the birth of Light in painting" - Robert Delaunay 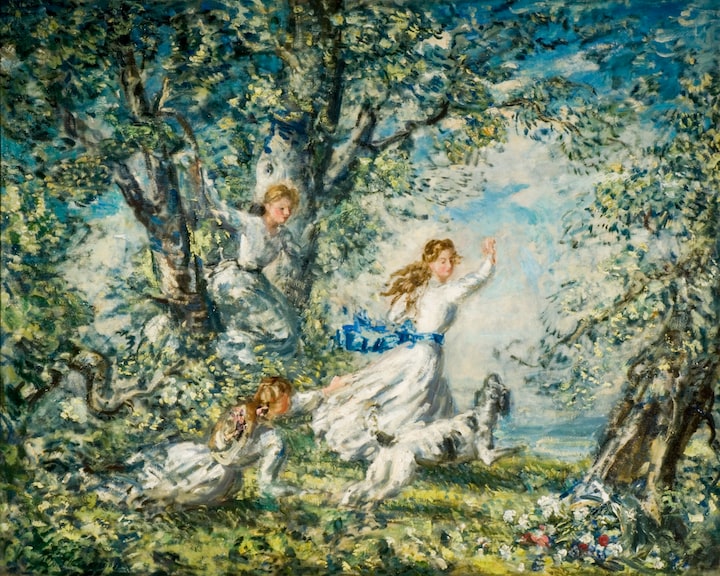 Born in 1874 by a group of young artists in Paris who were exasperated by the recurring rejection of their works from the official Salon, Impressionism was controversially perceived with intense humiliation in its fledgling days. Thirty disaffected painters, pioneered by Claude Monet, decided to independently organise their own exhibition so as to display their novel ideals on art to the general public. Their work was greeted with both curiosity and scepticism by the public and utter disdain from the popular press. As the bullseye of the scrutiny, Monet's painting Impression, Sunrise (c.1872) sparkled a mocking critic with a name for the group that stuck: "Impressionists".

Years after the birth of Impression, Sunrise, Monet recounted the story of naming the picture and the fuss that it surfaced. Edmond Renoir, one of his colleague, requested a clearer title that wouldn't require too much interpretation for the catalogue; because "it couldn't really pass for a view of Le Havre". He then replied, "Use Impression." Someone derived "Impressionism" from it and that's when the fun began.

The impressionists were all self-consciously ahead of their time in adopting unconventional theories, techniques, practices and exploring diverse sorts of subject matter. Their desire to capture the immediately visceral impression of a scene - what one sees rather than what one knows - was as revolutionary as their method of en plein air painting to observe the play of natural light on objects and its effect on colour. Apparently, their efforts are partly inspired by technological discoveries in photography. Photography heralded a closer look at the science behind colour and light and it was to become of integral importance to this new batch of artists. According to Amy Dempsey, they strived to seize the "fleeting moment" of modern life, making a decisive break with long established subject matter and concepts. The pochade-like quality and obvious lack of detail of their work, which many early critics found so repugnant, were exactly the attributes that more sympathetic critics later recognised as their métier.

For many, Monet is revered as "the impressionist par excellence"; his series of twelve renderings of Saint-Lazare railway station during 1877, which combine and contrast the progressive interior architecture of the bustling terminal platform with the new, amorphous modernist atmosphere garnered by the smoke of the train shed, the swirling clouds of steam, and the locomotives that dominate the station; have been singled out as one of the most seminal Impressionist paintings. Monet's fascination in atmospheric dynamics became more prominent in his later series in which he portrayed the same scenery at different times and under different weather conditions, such as Haystacks (1890 - 92) and Poplars (1890 - 92).

Pierre-Auguste Renoir's most illustrious endowment to Impressionism was to apply Impressionist treatment of light, colour and active motion to subjects, such as the mingling crowd in Dance at the Moulin de la Galette (1876). Proclaiming that painting "should be something pleasant, cheerful and pretty, yes pretty!", Renoir returned again and again to affable scenes of Parisians at leisure, amusing in flamboyant representations of opulent materials and flesh. Although Renoir painted landscapes with Monet in the late 1860s, his abiding passion was always the human figures and oftentimes, their interaction. His kaleidoscopic depiction of the exuberant atmosphere of the popular working-class beer hall in Montmartre, characterised by its all-overness and asymmetricality, made this painting one of the most ambitious masterpieces of early Impressionism.

Edgar Degas drew on the Impressionist practice of using light to convey a sense of volume and movement in his work. Like his colleagues, Degas would sketch in the sight of a scene, but preferred to carry on in the studio. From the 1870s until his death, Degas unflaggingly explored the theme of ballerinas at work with numerous variations of intimate gestures and postures. However, more than the rigorous performance and the limelight, it was the backstage rehearsals that intrigued him. Of all the contemporary Impressionists, the impact of photography is most noticeable in his work - with its sense of capturing an ephemeral instant, the fragmentation of bodies and space, and the cropping of the image. The Ballet Class, along with his many other works of the same theme, looks like a spontaneous snapshot, revealing the pauses when concentration is eased and the body flumps after draining endeavours of training. It breaks all the compositional and narrative rules that would have been embraced by the official academy.

By the late 1880s and 1890s, Impressionism was credited as a bona fide artistic movement and attained massive popularity throughout Europe and the USA. The impact of Impressionism and the Impressionists cannot be overestimated. Impressionism typifies the beginning of the twentieth century's investigation of the expressive properties of colour, light, line and form. Perhaps most important of all, Impressionism represents the collective effort to unleash painting and sculpture from its merely descriptive merit for the purpose of creating a new language and role, corresponding to other art forms, such as music and poetry.

See all posts by Shannon Dinh →