Pros and Cons of Gaming as a Hobby

by Yutaila 6 months ago in how to
Report Story 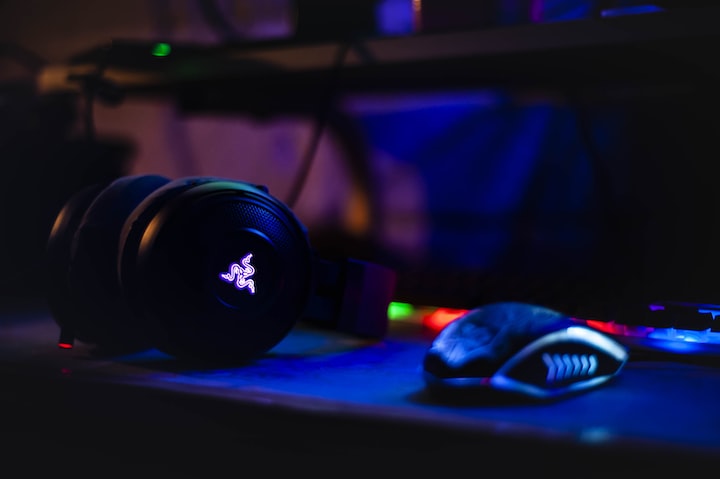 Photo by Fazly Shah on Unsplash

In the 21st-century playing games has not only become a widely acceptable and accessible way to pass time but a multi-billion industry that captivates the minds of many people across the globe. Being a casual gamer is now something that millions of people with access to basic technology can enjoy. Some years ago only those with enough money to build a strong PC or purchase a console would call themselves gamers. It was quite an expensive hobby. These days even mobile gaming reached the point where players are seriously invested in the gameplay emotionally and financially.

I remember the first game I ever played a video game. My grandfather bought the first PC available for the general public, and it came with 8bit Prince of Persia pre-installed. And it was fantastic. But I didn’t have a computer at home, so the luxury of gaming was available only during summer visits to my grandparents’ house. Then mobile phones with a Snake game came out. A little 1px black and white snake moving on the screen was all the rage. And those who played it were the first real gamers in my neighborhood.

Time passed and I got my first laptop and some CDs with different games. I had to go to the store and find something cheap to play, or even better — a game I could return after I finished playing. Even back in the late 90s gaming was already pretty expensive. Even though it were mostly children who were the ones playing.

In the modern world, playing games is still considered childish in many cultures. Men who play games as a hobby are often viewed as immature, and women are not expected to play at all. It is all changing quite rapidly, however. And the forms in which games can be enjoyed vary now from classic console gaming to PC, to mobile and any kind of portable device you can imagine would have at least a few games designed for it. Humans just love games.

So, how does playing video games as an adult hold as a viable hobby against more traditional concepts like arts and crafts, cooking, sports, etc.?

Gaming as a hobby is extremely accessible. Almost everybody on the planet has a mobile phone(doesn’t have to be new or expensive either), and more and more game developers are putting all their eggs into the mobile gaming basket. So one can pick a game that suits their taste and needs and play any time anywhere.

Gaming can be a great indoor activity. Not everybody lives in a country with pleasant weather conditions all year round. Most of us have to experience gross, wet, and cold weather on a regular basis. And that can make outdoor activities very limited. I live in a place where it’s dark and cold, and dirty at least 9 months a year, and without being able to escape to bright and warm worlds of video games, I would feel a lot of distress sitting at home. Not to mention that gaming has been helping millions of people to cope with being in constant lockdowns for the past few years.

Gaming Can be affordable. I mentioned before, that playing video games at maximum performance can be quite tough for the wallet, but it is not mandatory. Personally, I spend money on a new pc or device once in a decade or so(unless they break, of course). So I always try to choose something that will run adequately on the devices I have. And it is always possible to buy games on sales or look for cheap indie games, which can always surprise you with their quality and storytelling. Not to mention that a great deal of mobile games is completely free. And nobody is forcing people to buy any in-game currency or boosts, etc.

Gaming can be a great way to bond with people you like and make new friends. There are many ways that different people can enjoy playing video games together. I, personally, don’t like to compete against my friends, so we always choose something that we can do together as a team, share a multiplayer experience, or just play the same game solo and then discuss our progress. At the same time, people who struggle to build good friendships in real life can always join an online game, where they will be able to meet new people, chat, and, if there is an opportunity — meet later in real life. I’ve known people who met not only good friends but even significant others through online gaming. And during trying times like lockdowns, playing online with one’s friends can be the only way to battle loneliness. And it is definitely working.

Gaming can be very time-consuming. As much as playing games is a great way to pass an excess of free time, it is also an enormous time-sink. Some people just play a few rounds of mobile puzzle games before sleep, while already lying in bed. But some people can’t wait to get home from work/school and spend every moment they can playing a never-ending MMORPG. I am not saying that one is worse than the other. Everybody chooses how they want to spend their free time. However, everybody who tried playing any MOBA or MMORPG can agree that the more time you can dedicate to uninterrupted gaming — the better off you are in the game. And it can be quite upsetting for people who want to enjoy the same game as their friends, but can’t dedicate as much time, and so, feel left behind. So the best way would be to choose something that suits your schedule and alternate between casual gaming and no-life grinding, when the opportunity, like long holidays, presents itself.

Gaming in excess can lead to health issues. In excess, anything can lead to health issues. And we all by now already know how spending too much time in front of the screen can hurt the eyes. But also, playing for hours on end at the desk can strain the back, neck and cause pain in the wrists, etc. Not to mention that many people forget to hydrate or eat when engaged in an especially captivating game. So, if possible, keep a bottle of water nearby at all times, get up for a break and a stretch every now and then, or look up some exercises for wrists that you can do without interrupting your gaming sessions. Anything is better than nothing.

Gaming Can be expensive. Depending on one’s financial means and gaming ambitions, it can be very expensive to always play brand new video games. Not only the latest graphics cards will break the bank, but also the games themselves are not so cheap when they are first released. And not to mention the prices for console games. You don’t have to buy spare parts every year for your PS5, but the title you are waiting for will cost like a week of groceries. As I mentioned before, there are alternative ways to play, that won’t make one go broke. And there is always an option to be responsible and spend money on this hobby only when all the bills are paid and food is stockpiled. But if you want to be able to try all the new releases as they come — be ready to spend a lot.

In conclusion, playing video games, like any hobby, is a great way to spend extra free time. It is entertaining, engaging and can lead to many new and fascinating experiences. It is as affordable as you want it to be and as harmful as you let it. But nobody should be shamed for enjoying video games. It is a huge industry, with millions of people producing and consuming thousands of games every year. And everyone can find some type of game that will make them happy, or help in sharpening the skills they are looking for.

I'm a film student with a passion for creative writing and storytelling. I hope to be able to reach more people with my personal experiences, and share with the world what I have to offer.

More stories from Yutaila and writers in Gamers and other communities.