I Tried Out Randonautica For The First Time

by Fabian Gomez 27 days ago in product review

Could this app really be the connection between the simulation we live in and the real world? 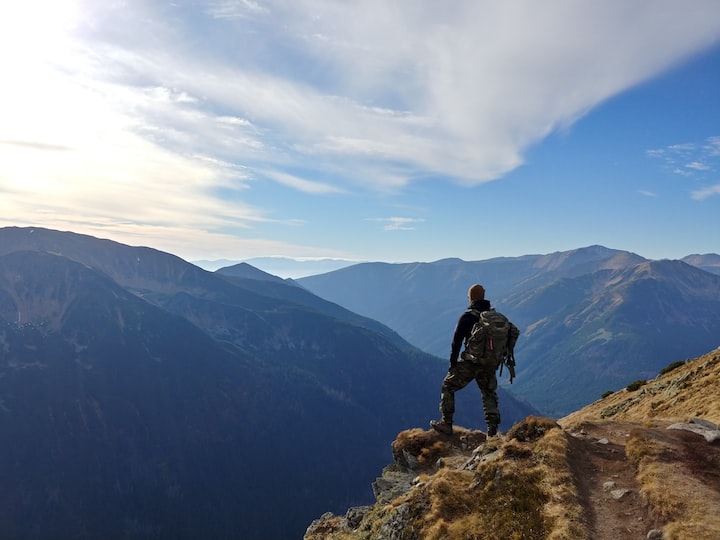 Photo by Wojciech Then on Unsplash

Randonautica is an app that has gained a lot of attraction in the recent months. On the surface it’s an app that takes you on small adventures in your hometown. You open the app, and a random set of coordinates are given to you to go explore the area. But this app has a deeper, darker side to it. It is said to be able to “Glitch the Matrix” in our “simulation”. If you don’t know the Simulation theory, I will link an article at the bottom by a fellow Vocal Media author. This app hit the mainstream after two teens were led to an area by the app, that had human body parts in a suitcase. It was off the shore in Seattle, the remains were identified, but the killer(s) and motive have not yet been. This investigation is still ongoing. I’ll link that article as well. It is said that if you focus on a certain intention, positive or negative, the app will give you the directions to get to that intention. So, me being the scientific person I am, I ran an experiment. With my fiancé Celeste and high school bud Danny, we set out to test this intention theory with the Randonautica app. The kicker is, I told nobody the intentions I was thinking of, and I was thinking of five. Let’s see how many land.

The rules are: I’m not thinking of any negative intentions, because I’ve read a story of someone who had the intention to find “evil” and was met with an unstable homeless person with piercing black eyes chanting something at their car (yes, there is video of this happening). Rule two is I must tell nobody, not even say my intentions out loud to anyone or anything, just so my phone doesn’t hear me, or become victim of confirmation bias with Danny or Celeste, or any other weird manipulation going on. I wrote the five intentions on slips of paper and put them in my wallet, so I can randomly pull out what I was trying to manifest. I asked Danny and Celeste to record our findings to compile them into a video, so I can have the proof of our misadventure. Now with everything out of the way, lets jump into it.

Opening the app is interesting. It asks you to set your intention, so I set my mind on ‘Greenery’, without anyone else knowing. We all packed my small Velsoster ready for our brush with the paranormal. Once it gave us the coordinates it took us to this nice little apartment complex that wasn’t far from my own. I pulled into the parking lot, and as soon as I turned in, I saw three massive trees at the end, that looked rather out of place. They were behind a dumpster wall. Willow trees, at least 100 years old, but the complex couldn't have been older than 15. Once I told Celeste and Danny my intention, Danny seemed more tripped out than Celeste and I. I chalked it up to being a coincidence, but Danny felt otherwise. I already made him a believer in this simulation-breaking app.

The next set of coordinates took us the Franklin Canal, behind a neighborhood, which I found interesting. This canal is full of trash and weeds and other gross things. We parked as close as we could and begun walking. I could already hear the loud barking and yelping of my second intention: puppies. Although its very common for people to have dogs, and stray dogs to roam the canal, the point on the GPS was on the other side of where we were standing, and in that same place there were a few dogs warning the surrounding owners and animals of three strangers. Dogs next to us in backyards barking and howling at us, but they would only show up as soon as we passed their domain. Again, I called it a coincidence, but two for two? Not bad, Randonautica, maybe I’m starting to believe.

We again were sent to a canal for my third intent, behind a neighborhood again, with more barking dogs, and more trash. But I didn’t find the trash I was looking for. My intent was to find a bottle of Pepsi. I even said the intention out loud for Danny and Celeste to help me after I searched for 10 minutes, and we couldn’t find it. Possibly one of the most common pieces of trash, and it was nowhere to be found. Two out of three, I’m beginning to lose my faith in the app.

Our next set of coordinates was on Alameda, in between Ysleta High, and the McDonalds across the street. The spot this app sent us to was to the middle of the road. I parked in a side street, and used the crosswalk to get to the island in the middle of the street. About a foot off the island I saw it, and a smile grew onto my once seemingly defeated face. A lone dime in the middle of the turning median. I checked my surroundings and picked it up as quick and carefully as possible. I ran back to the car with a face of disbelief. I showed my fellow adventures the find, then explained that my intention for this spot was to find money. My spirits were up again, I had a sliver of hope in this app. I’m not going to lie I was starting to believe in the app again. The marker on my phone was exactly where I found the dime. It was incredible.

The final intention was the deal breaker for me. I knew if this worked then the app could very well be bending space and time as we knew it. I set my intention, then put my car in drive to head out to the next spot. When we got to our destination, a large apartment complex on a small, lesser known street, I drove around looking for what I hope I would find. I circled back around a couple times through the neighborhood, but couldn’t find it. I gave up and said out loud what my intention was: to find other Randonautica users.

We then ran our own experiment, we all thought of a red house, then opened the app, and surprisingly the point that the app took us to was a brick house, with red and brown hues. It was rather interesting, but by this time I knew the app was hit-or-miss.

So, what did I learn from this experience? Well a few things: one, you must always try to think of a very vague intention, like greenery, or dogs, or money. I assume this way works the best because the more vague your thought is, the easier it is to find something in that category. Thinking of "greenery" and find trees, or a "red house" to find one close to the ping. Two, Specifics don’t work. You can’t have the intent to find A brand of soda, or other human beings using the same app as you, on the same street as you. Three, it wasn’t the destination that the app gave us that was the adventure, the adventure was the journey to the spot. The time spent with other people. The laughs, the jokes, the music, the drive. That was the true destination. This app, I think is very well modeled, because in the end, if you believe that it breaks the barrier between simulation and real world or not, the time spent with the people you went with was the true fun. Tripping out over three trees or a dime on the street is just a bonus.

As long as people can read, I'm going to write.

See all posts by Fabian Gomez →