by Emily Keeler about a month ago in women 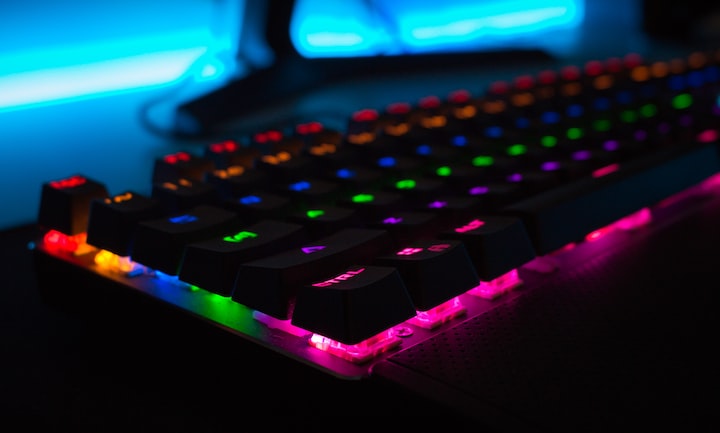 Photo by Mateo Vrbnjak on Unsplash

Guys, I don't think you understand: I am totally blowing my cover, here.

When I first started playing League of Legends, I chose the name "sleepymk." I would play duo games with my boyfriend which would often go (relatively) seamlessly. (I'm a Nami OTP and I will heal you for days, let me tell you.)

When I played solo games, though, people seemed to quickly guess that I was a woman - an "e-girl."

As I played longer and improved, though, I would get harassed even when I was doing well. Heck, even if we were winning a ranked game I would get ADCs who refused to play "with an e-girl."

Players would throw the game, other teammates would get angry at the person inting, and I would just mute all and shake my head.

Whenever someone asked me what "MK" stood for, I did not say it was my nickname for Emily Kathleen - instead, I became Mike.

I asked my boyfriend and guy friends what gave me away as an e-girl. There were guy players like Lohpally who played Nami and used pink chromas - in fact, most of my guy friends had pink chromas! So, it couldn't be that.

My boyfriend laughed a little, "Well, the name sleepy is a little feminine."

I asked my guy friends what username another guy might use.

My smurf account (which is my solo account) also had the word sleepy in the name, so I decided to try the username my friends gave me on that account, first - a test run, if you will.

I was shocked and horrified when it worked.

There were no passive-aggressive pings. My teammates listened to and respected my calls. We won games and I was finally able to climb on my solo account.

It was time for the real deal: I came up with a gender-neutral name to use on my main account. It encapsulated how I felt lately and made me giggle: tired m8.

I hated that I had to pretend as if I wasn't "a girl" in order to enjoy a game that I loved so much.

But, I also loved playing video games without my gender being the focus of my gameplay.

When I stream on Twitch, I know that it won't matter what my name is - anyone can easily discover that I am a woman.

I can't help but wonder, though - if we all stopped pretending to be Mike, maybe we could see just how many women are actually kicking butt in video games.

The onus isn't on women not to be harassed, though. The onus is on guys and men in the gaming community to stop harassing women and to call out their friends who do say sexist things.

Sure, I might be having a bad game - but it could be because I played League of Legends on a Macbook for a full year, or because I've only been playing for two and a half seasons.

I am incredibly lucky that my friends call out this behavior when it happens. It makes the world of a difference to me and helps make the game more enjoyable for all of us.

I have an account that I call my solo account - I started this account not only to practice new roles and champions but to prove to myself that I wasn't "boosted." In other words, I don't need my boyfriend to win games.

But it's a whole lot more fun when we win together.

He has been playing for ten years, so I keep my solo account for practice and my main account for LP. This way I get the chance to grow at my own pace without feeling like I'm being carried.

My solo account - my smurf account - is where I can push myself and let my competitive side out. It's pretty close in rank to my main account, and it's fun to play and see how far I can get on my own.

Of course, playing smurf support in a low-elo ranked game does get you the odd friend request.

These guys usually assume I'm a fellow dude who is helping them win games.

There sometimes comes a point when those same ADCs begin to fall off - they start to blame/piss off the Jungler, they flame their teammates for not following their short-sighted calls, and worse of all - they don't ward. (Just kidding, that isn't the worst - but do your support and your team a favor if you're an ADC: buy a control ward. It will give you so much more control over your lane and you'll be able to predict/organize ganks with your Jungler and Mid-Laner a lot more easily.)

When these kinds of players reveal themselves, I have one simple move to make sure they never ask me to play again: I tell them I'm playing with my boyfriend.

Even if this stranger and I just won ten games in a row together, they never ask for my help again, and I can continue to happily gain LP on my own. Whenever I check up on those ADCs later on, they've often dropped a full rank after we've parted ways, and I know that my lie was for the best.

I am totally an e-girl.

I don't have cat ears or a split-dye job (yet) but I am absolutely still an e-girl.

It isn't because I adopted the title myself, though - it's because when you're a woman in the gaming community it is an inescapable name.

"E-GIRLS ARE RUINING MY LIFE" by CORPSE

Note from the Author

Thank you for reading my article! I appreciate you taking the time to consider my words. If you enjoyed this article, you can let me know by adding a "heart," or by reaching out to me on Instagram at @emkeels or on Twitter at @sleepydrafts! You can also watch me play video games on Twitch at @sleepmily.

If you want to support my writing, check out my author profile for more articles, thoughts, and short stories. Tips are never an obligation, however, they are always deeply appreciated!

Thank you again for your support. I hope this piece made your day a little brighter.

Welcome! I am 25 years old, writing from Ontario. Thanks for stopping by! I hope there is something here that makes your day a little bit brighter!

See all posts by Emily Keeler →