I Bought an Oculus but it Wasn't What I Was Promised

by Chance F. 14 days ago in product review 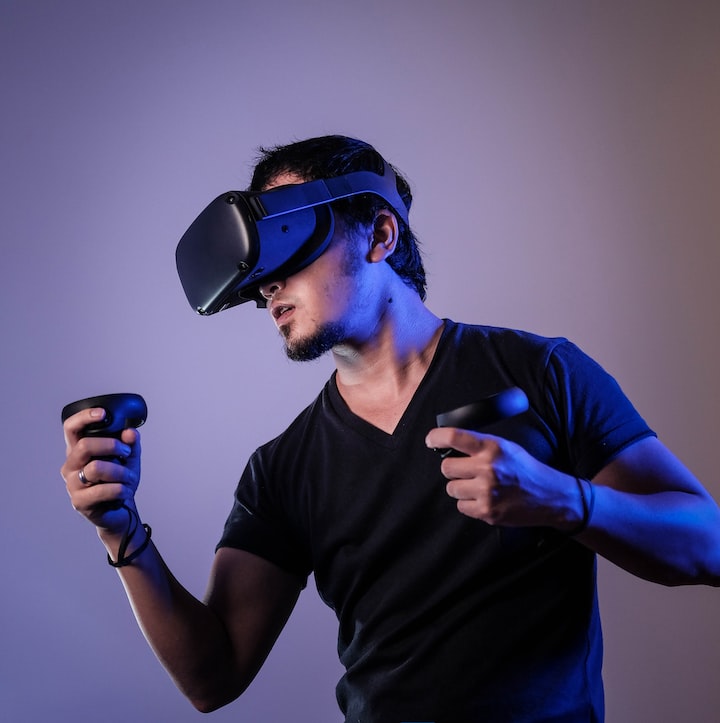 Photo by Minh Pham on Unsplash

I was ecstatic when I walked into the electronics store with four hundred dollars, and even happier when I walked out with a brand new Oculus Quest Two. When I got home I set everything up and purchased a couple of the most interesting-looking games from the app store. The beautiful app store, the only reason I chose this headset over all of the others on the market today, boasts an entirely in-VR and untethered experience. It doesn't need to be hooked up to a PC to run games. Which is exactly what I needed.

For the first week or so I basically lived in my virtual world, playing games and watching 3D virtual experiences. I invited friends and family to try it out which was tons of fun and provided a couple of solid hours of laughs that I’m not likely to forget. I tried my hand at drawing in 3D (badly), played beat saber until my arms gave out, and yes I did look like a baby giraffe learning how to walk while I was swinging my arms around, my family has also described it as “a child pretending to be a boxer” (insulted but not surprised). I also attempted some other games that while fun, took only minutes to play through, and although I tried, were not very fun to play again after completion.

By the second week, I started to realize that there is really only so much beat saber you can play before boredom and seriously sore arms begin to take effect. After reaching for the same couple of games every day I began to come to terms with the fact that my beautiful app store was actually quite stifling and what was on the headset simply didn’t have the same long-term playability as the games on my Nintendo Switch for instance. I found myself looking at all of the interesting virtual reality games on steam with no PC capable of running them. There simply isn’t enough content in the store or games to keep the console playable for the long haul. Without jumping through a ton of hoops or connecting it to a good gaming PC, I had to learn to come to terms with the fact that I will be cycling through these same games for the foreseeable future.

By week three I was still using my headset but only for two or three apps, all of them for streaming. Watching Star Trek on Netflix or my favorite YouTubers on the big screen was really the only thing keeping me coming back. I must admit having my own VR private movie theatre is pretty cool but it wasn’t at all my intention in buying this machine. With endless TV shows and occasionally getting to see my friends and family try it out being the only real use my Oculus began to see, I started to wrestle with the fact that I, a broke college student, had blown four hundred dollars on a gimmick.

I like to think of myself as a pretty savvy shopper (and yes I’m aware that phrase makes me sound like a midwestern mom on an extreme couponing show), but despite that, I had purchased what was basically a second TV. For a while, I couldn’t take the headset out of its box because I was so disappointed in myself for losing interest in the reason I purchased this thing in the first place, the games. Eventually, I accepted that I had made a trade-off. I traded having to hook up to a pc for playable content and while it most definitely wasn’t what I expected when I purchased it, I have actually come to love my TV goggles. They have become a nice escape at the end of long days, where I can be fully emersed in my favorite shows and films, which ended up being exactly what I needed during quarantine. I was able to be sucked into my comfort realities and that fact alone helped me get over the disappointment I experienced, and if given the chance to start this weird journey over, I would buy it again.