How to Get All 20 Power Paws

by Nancy D 10 months ago in adventure games

There are four ways to get the tokens: at the festivals, throughout the lands, down In the mines and from the totems. 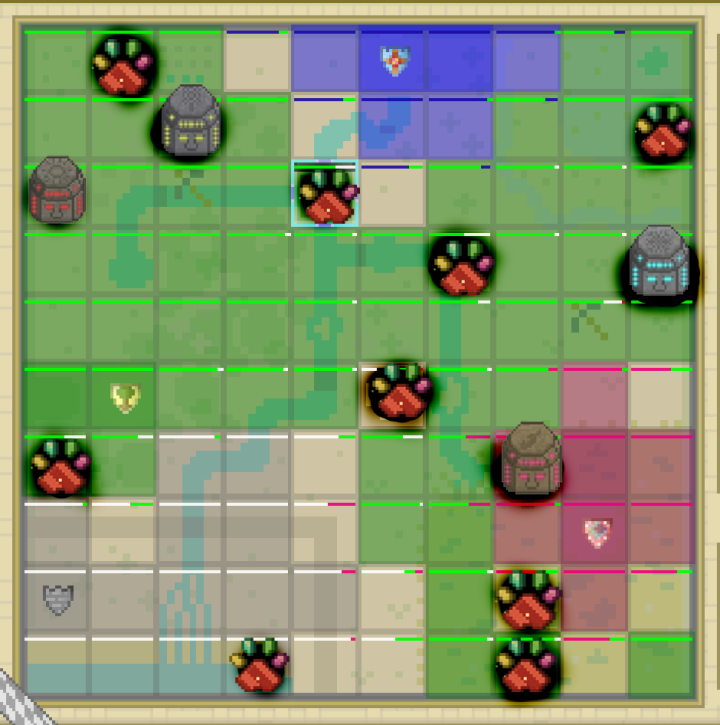 Just knowing the locations alone isn't all the information, some Power Paws require a small task to be completed first.

Each square on the map has a name. If you move your cursor over a piece on the map, then the name will show up. The following are two lists which contain all of the map pieces with a hidden PowerPaw in them, and how to get them.

Walk over all four prints, the Power Paw will appear near the bottom of the screen

Circle the tree. The Power Paw will appear just in front of the tree.

Walk through trunk. The Power Paw will appear just in front of you.

Go to the paw. Then walk the entire path in a big circle, don't stray off the path.

The walking trail is probably the most frustrating one. Not because circling the trail is hard, but because the Power Paw shows up near the bottom of map, which leaves you continuing to walk on the path in confusion.

There are four totems, all with one Power Paw each. The totems only light up for their specific season. If you get one of the questions wrong then the totem's light will turn off, and will no longer be responsive. Don't worry, you can come back tomorrow to try again.

The longer you play the game, the easier the questions will be to answer, however if you want those Power Paws now, then just click the link below for all the questions and answers.

The Power Paw is bought from Coco at the temple on the tenth day of every season. There is only one per designated season, so you have to wait until the right season for it to be available in the shop.

There are four Power Paws to be collected from the festivals, one from each season. There are eight festival tokens each.

Down in the Mines

(You need level ten swimming to reach the Island Mine).

What do Power Paws do?

Not much to be honest... it does make your character a little faster, and it gives you a slightly bigger health bar.

The important thing is that if you collect all 20 then you get an achievement!

“You found a Power Paw! You are filled with vigor by the ancient token. Your maximum health has increased!”

I started blogging about a year ago, and I promise you that my work has improved significantly since then. I’ve taken online classes about writing, and I am doing my best to stay away from click bait tactics. It would be really awesome if you join the adventure, and maybe even help me think of what to write about next. If you would like to submit some feedback, or ideas, you can always tweet me on twitter.