by Reece A Kohn 8 days ago in first person shooter

Aside from many articles. I'd like to tell you about things that help me win! 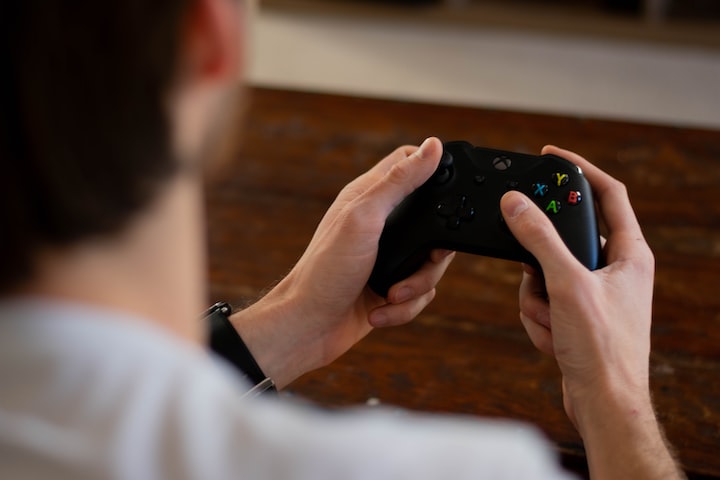 Photo by Alex Carmichael on Unsplash

Played this game mid way through season one. (It’s at season eight now.)

While I haven't seen every glitch and bug. I went through all the growing phases with the game. Participated in many special events and won many games. Also, lost even more. I played the game when the G7 still had a sniper stock. Now, for many seasons it has been considered an assault rifle. Played before the introduction of energy weapons i.e. the volt and the havoc. When Respawn removed the anvil, and skull piercer mod’s for the R-301 and Flatline. Also; the Wingman, and longbow. Played when the Longbow took heavy ammo but was still a sniper rifle. Before the introduction of sniper ammo at all. Was there when there weren’t any other game modes to play. Disruptor rounds mad the alternator and even the re-45 shred like none other. When the Eva still had the double tap mod, as did the G7. When the Evo shields were not a thing. Before the dinosaurs and map addition’s. Even when Respawn made fun of Mozambique's weak knockdown power where when you dropped the legend would throw it. Ex nay the comics ay ‘! What’s this build up for exactly?

Additionally: It's worth noting that just because I took the time to break down weapons by the classes. Doesn't mean the ammo is universal! (Those holds true for anyone with any gun knowledge as well and probably doesn't come as a shock. Some generalized dry humor for you...) Heavy, Light, Sniper, shotgun, and energy are the different types of ammo.

Fabrication system: One extracts a bio-luminescent or radioactive material from opening chests or giant syringes (without the hypodermic needle) protruding from the ground in various spots throughout both maps. The accumulated currency is then used to craft items of the day.

Additional in game tips and tricks; that I have learned that sometimes even I forget to implement during game play but that have worked during past games. MOVEMENT! I need to write(I type this because these folk are generally viewed by the fan base as “Try hards” and actually have seen some major streamers use this methodology…) Crouch shooting while; if you practice in the range crouch up and down side to side dodging while shooting it may improve your chances of winning! Crouch, jump, slide, utilize skills of legends that involve irregular movements: (Horizon, Octane, Pathfinder, Wraith) do so randomly, intentionally. Always seek and hold high ground with cover when possible (Side note: High ground without cover is also advantageous especially when one has perceived a gun fight taking place and the enemy team is probably healing.) Now; I could cover all the characters but experimenting with their skills and your play style is the fun of the game. Try to wait to engage teams until your team is with you unless you don't have a choice. A firing line kill by a team is better if you aren't the one being gunned down worse then an execution methodology for prisoners. Plus, one less person off the field. Look, take your one-on-ones. Aim center mass or head if you are accurate and got a good controller with no stick drift. If you do center mass and still head once you get use to it, until just aim chest.

I'm giving you tactics to utilize to help give you an edge over other new comers. Who may not be so use to F.p.s. (First person shooter) games. Should you get downed, cover even with a knockdown shield. Don't be afraid to get into small area's, block teammates with self revive shields. Play door games, you would be shocked how many times just making myself harder to kill got other teams killed. Always bring your team mates back when you can. I can't stress this enough. Three versus one does not go well come the final five as the circle closes in on you. This is pure thermal sonic energy created by none other then the beautiful Watson herself. Always pop shield cells and batteries whenever you know there's a distance between enemies and yourself. Also, don't be shy! Stare the enemy in the eye through a door and pop a cell takes four seconds unless you have a legendary shield (Three seconds then). Which if you do get only take shield cells and syringe's the small cells and heals get a boost with the gold shield. Call out to your team if you use a headset. Tell them you have a legendary knockdown shield. This let's the other team members know to distract enemy in case you lose the gunfight. Typing about gunfights reminds me. Try to learn what your team mates are using in game. Can be tough as often you have to swap out weapons on the ground or in death boxes sometimes mid-fight just to win because you are out of ammo. Don't forget you can shield swap also, even if the shield is a lower level then the one you have. Couple extra shield bars between you and being knocked could cause a victory in that gunfight and potentially in the match.

Based on how you play determines you and your team’s success. Communicate, get your weapons while trying to ping or call out gear and enemies simultaneously. Works best if you got a decent crew. I break it down like this combat, tactics, navigation, even, inventory specialist. Not sure anyone else does but probably. Anyhow; get you a team, figure out strengths and try your best to be the champion team as long as you can! Every once in a while; you can actually outlast stronger teams in the storm with the right meds. Good hunting future legends