I played this challenge over and over again ... quite often spending my time hopelessly looking for a rifle. If you are really determined to get this challenge done, I do have some amazing advice that will save you a lot of time from looking around for a rifle and from failed attempts.

1. Make a bow right away. It will be your main weapon.

Since you need 10 rifle bullets to complete the task and the revolver is hard to find ... making a bow ASAP has saved my butt from wolves and it has been a great way to get more food. Not to mention, the rifle is too heavy to carry around everywhere you go. So making a bow really helps.

Note: There is pre-made bow with 1 arrow and 1 broken area in Kate's secluded area near the entrance of The Desolation Point.

2. You can leave the main area during this challenge.

In fact, it's recommended that you leave the area at least a little bit. It helps with finding a rifle, a hatchet, collecting more lamp oil and it especially helps with getting more rifle ammunition. You can go up the hill to Pleasant Valley which is an easier map with less bears.

Or, you can follow the road to The Old Island Connector and then The Desolation Point. This way isn't recommended for beginners but it does have the Riken and it's forge so you can make some arrow heads and an improvised hatchet.

Note: There isn't much in the direction of "The Ravine''. Which is the exit that follows the train tracks.

3. An improvised hatchet counts as your needed hatchet.

As mentioned in the last one, if you make it to 'The Riken' (the ship) you can make an improvised hatchet with the forge. This hatchet counts towards your needed hatchet for the storm.

4. You can make a trail with stones, empty cans and even with single matches.

This path has been very helpful to me already, if an unexpected storm hits ... all you have to do is just follow the path back to the garage. I made my path from one of the fishing huts to the garage. It really was a time saver since I stopped getting lost in the snowstorms.

However, get some of those guts because they make useful fishing lines. Don't forget, you cure guts just by dropping them on the floor in your garage.

Some of the possible locations are: 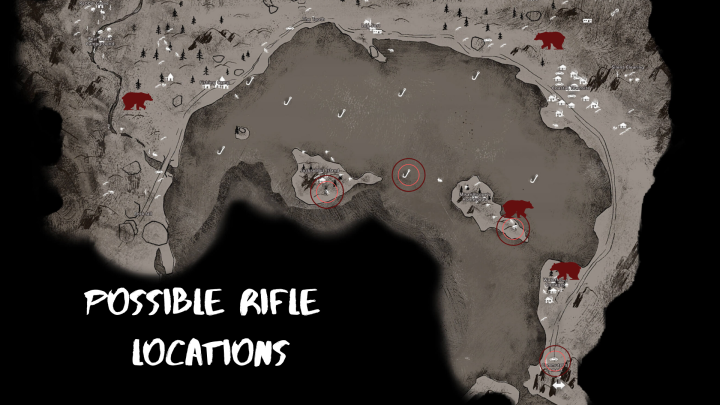 If you still can't find one there are some further locations one map over at the Desolation Point: 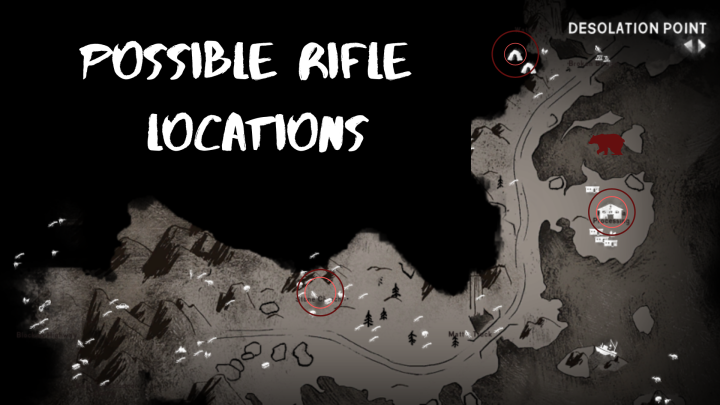 Beware the Bear. He will stalk you.

You need a lot of water for this challenge and waiting for the water to boil takes up too much time. So, why not multiple fires outside all going at the same time? That is ... if the weather is decent. This brings me to the next tip on how to get all that water.

Water purifying tabs save so much time, basically you only have to boil the water half way and then you can use the tabs. One tab purifies a whole liter of water. You can also get unsafe water from toilets. It's gross, but it saves time.

10. You don't actually need to cook the food for it to count towards your food supply.

This is useful for any last minute food you need to pile into the garage.

11. The Mother Lode of Meat

If you kill a bear there is A LOT of meat that you can harvest. However, if you try to carry it all at once you will just get stuck ... so don't think that you will actually be able to harvest it all.

If you manage to kill a bear just outside of the garage, then congratulations you are extremely lucky and that will really help you get enough food in time. Just remember that it does go bad eventually, so cook it if you need it to last longer than a few days.

12. Bandage Up Right Away

The easiest way to end a good game is to forget to bandage up after a wolf or bear attack ... and then get your character to fall asleep. I'm still mad at myself for this silly little mistake on such a good run.

13. You can drop stuff off and pick up later.

While travelling through the cave systems I often drop off lantern oil near the doors. This way the weight doesn't slow down my character while travelling around in Pleasant Valley or The Desolation Point. On my way back I pick it up again and bring it The Garage for final storage.

Early in the game you are going to find a lot of flares and not a lot of weapons. So make sure to use your flares to travel to further locations. A quick run to the 'Fishing Cabins' might be a way to start.

15. You Can Complete The Challenge Early

That is ... IF you can get all the supplies. The challenge is hard enough as it is, so no pressure. The last 2 days are nothing but ruthless snow storms, so don't leave your fishing to the last minute.

how to
Nancy D
Read next: Are Loot Boxes Gambling?
Nancy D