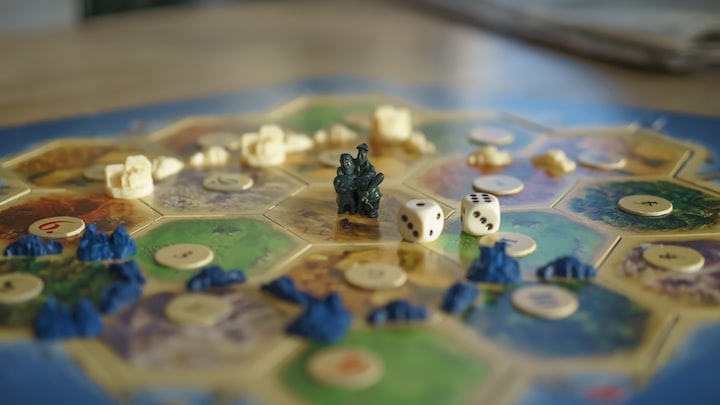 Photo by Aksel Fristrup on Unsplash

I've loved games my entire life - Trivial Pursuit, Scrabble, Monopoly, Clue ... the games my parents grew up with. So, naturally, they were tired of playing them by the time I was born.

It wasn't until university - my early 20s - that I was introduced to Settlers of Catan, my first real non-class board game. Then, a friend took me to a board game café ... and I was hooked! Around the same time, or shortly after, I started watching Critical Role on Geek & Sundry, which led me to TableTop - a web-series where Wil Wheaton plays tabletop games with his friends.

Ticket to Ride, Carcassonne, Azul, Smash Up, Everdell - the list goes on! The best part: I've been able to introduce these newer games to my parents, rejuvenating their love of games. As well, tabletop games are how my fiancé and I bond, and our board game collection has grown over the three years we've been living together. I'm by no means an expert, and there's still quite a fair few on my list that are considered IT games to play nowadays that I still haven't tried - my boss, for example, highly recommends Terraforming Mars, which is on my list but I've been so intimidated to play.

The last couple of years were a challenge - it's not as fun to play board games in 2-player mode. Now, I've been working at a game store since September, and this past Christmas break week my fiancé and I got together with so many family and friends and played a wide variety of games, new and old. The future is looking bright, and I'm confident we can finally host a monthly board game night at our house!

I'm not setting a concrete list for myself - I do have a list of games we own, and ones on my wishlist, but I'm also open to the possibility of being introduced to new games by family and friends. (Most likely friends: my fiancé and I are the ones that bring the games to family dinners and introduce everyone else.)

I'm also going to be playing games that I have already played before, because if I were to buy 100 new games this year, that'd be about $5,000 ... we do not have the money or the storage room for that! The caveat, however, is that I'm wanting to play with a deeper understanding of the games - looking up the proper names of game mechanics, and trying to improve my strategy while also playing authentically (for example: I have a few specific Smash Up factions I love to play with, but maybe I'll switch one out with a faction I haven't tried before). I'll also be reviewing each of the 100 games here on Vocal, meaning I'll need to take a deeper look at WHY I love the game (or why I'll never play it again - which I hope isn't the case, but who knows what this year has in store?). I'd really love to get better at introducing people to games - choosing games that I believe they'll like based on previous games we've played.

If anyone has any suggestions for games, they're absolutely welcome - after all, there is birthdays and Christmas, so it's not to say that I won't buy ANY games this year. Please let me know your must-plays!

* Board game enthusiast, and wannabe board game designer

More stories from Katie Kiesling and writers in Gamers and other communities.