The History of Kenya

by Abena 2 months ago in Historical
Report Story

The Kenyan Rift Valley runs along the length of the country, whose most visible feature is Lake Turkana (formerly known as Lake Rudolf) at its northeastern edge. 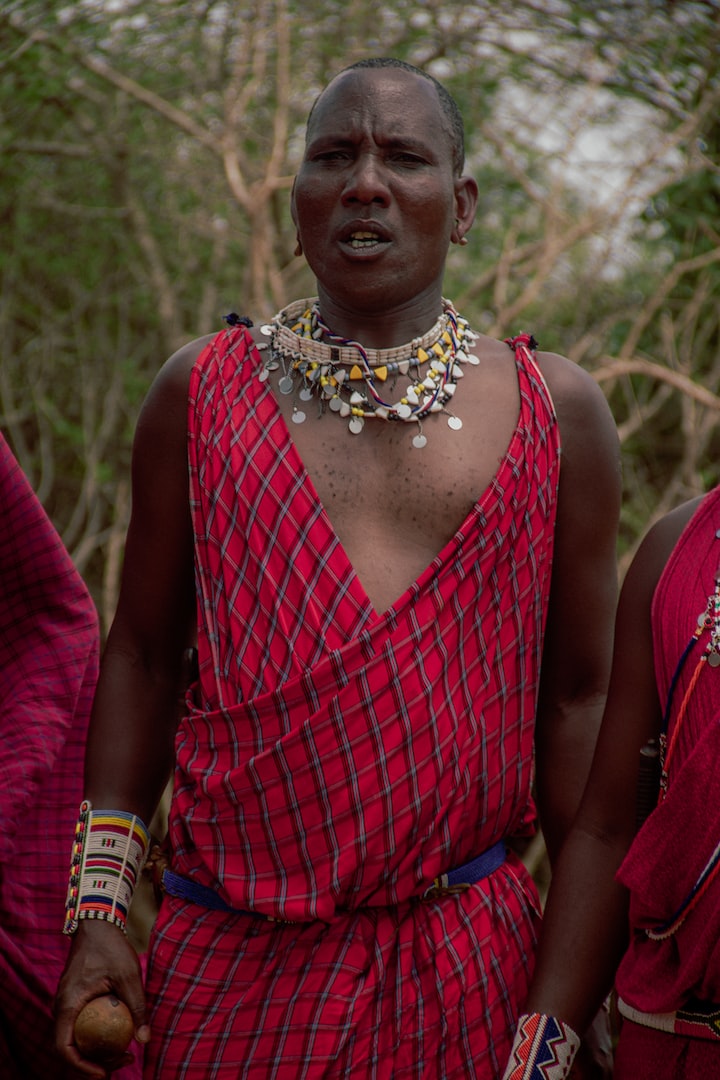 Photo by Giusi Borrasi on Unsplash

The Kenyan highlands are located at 1°0′S 35°0′E. They rise steeply from below sea level on the shores of the Indian Ocean to over 2000m above sea level in some places. The highlands are covered by an open sub-tropical forest and woodland with grasslands in the southern regions.

The Kenyan Rift Valley runs along the length of the country, whose most visible feature is Lake Turkana (formerly known as Lake Rudolf) at its northeastern edge.

The climate is hot and humid along the coast, temperate in the highlands, and arid in the north and east.

Kenya has been inhabited by humans since the Lower Paleolithic period. The first inhabitants were hunter-gatherers who arrived around 2 million years ago. The first farmers settled in the fertile south by 2000 BC, and were followed by Bantu peoples around 1000 BC. Most of the tribes in present day Kenya can trace their routes to migrations through this land at some point in the past.

The Swahili coast was founded when Arabs, who had been trading on the Indian Ocean, began establishing small trading posts in the 8th century. The Portuguese were the first Europeans to arrive in Kenya, in 1498. They were followed by the British, who took control of the country in 1895.

Kenya has a rich cultural heritage. The Maasai people are perhaps the most well-known tribe in Kenya. They are semi-nomadic herders of cattle, sheep and goats. They are famous for their brightly colored clothing and intricate jewelry made from beads, cowhide, brass and bones - as well as the unique red neck rings worn by married women.

Kenya is also home to the Kenya National Theatre. Founded in 1959 it has had an immense impact on the performing arts in Kenya. The theatre has hosted performances by some of the country's most famous artists, including Ngugi Wa Thiong'o and Ama Ata Aidoo.

Over the years, Kenya has experienced a number of political and social problems. There have been several instances of violence between tribes, as well as between political and ethnic groups. One of the most famous examples is the violence that broke out after the 2007 presidential elections, which left more than 1,000 people dead and more than 600,000 people displaced.

Kenya is one of the world's poorest countries. The economy depends on agriculture, which accounts for about 30% of GDP and employs about 65% of the labor force. Major agricultural commodities include coffee, tea, pyrethrum, horticultural produce and petroleum.

The history of Kenya can be traced to prehistoric times. The earliest inhabitants are now thought to have been hunter-gatherers who probably came from the Horn of Africa. It is believed that North Eastern Province was a centre of the emergent Iron Age Arab Empire from around 900 BC, with the introduction of iron smelting technology.

The coastal region began to engage in trade with other communities on the Indian Ocean coast such as Dhofar in present-day Oman and perhaps China by about 500 BC. This trade is testified by finds of Chinese porcelain and coins from China dating back to the fourth century BC. The Swahili port city of Mombasa is thought to have been an important transit point for trade between Arabia and the Horn.

The Sultanate of Showa, established around 700 AD in northern Kenya, was one of several Islamic sultanates on the coast of East Africa. Islam had been introduced by Arab traders and the Swahili language developed as a result of interaction between Muslim Arab and African people along the coast. During his reign, Imam Shams al-Din Omar who was ruler of Oman invaded the Sultanate of Showa in 1285 because its rulers were allied with Yafi'i tribes which his dynasty were in conflict with.

European exploration of the area began in the late 15th century, when Portuguese traders arrived. They were followed by the British, who took control of the country in 1895. Kenya became an independent republic on 12 December 1963. Jomo Kenyatta was the first president. He served until his death in 1978. Daniel arap Moi was the second president, serving from 1978 to 2002. Mwai Kibaki was the third president, serving from 2002 to 2013. Uhuru Kenyatta is the current president, since 2013.

The history of Kenya can be traced to prehistoric times as evidenced by recent archaeological discoveries such as those at Lake Turkana. The earliest inhabitants are now thought to have been hunter-gatherers who probably came from the Horn of Africa.

North Eastern Province is believed to have been a centre of the emergent Iron Age Arab Empire from around 900 BC, with the introduction of iron smelting technology. The coastal region began to engage in trade with other communities on the Indian Ocean coast such as Dhofar in present-day Oman and perhaps China by about 500 BC. This trade is testified by finds of Chinese porcelain and coins from the fourth century BC at such coastal sites as Sofala, Kenya.

The Kenyan coast was later visited by the Persians, followed by the Arabs who brought Islam, the Swahili culture, and established dynasties such as the Shirvanshahs. They also brought Christianity and European languages to Kenya . The Portuguese reached coastal Kenya in 1498, which led to an increased foreign presence on the Kenyan coast.

Following a century of coastal occupation, Arabs led by Sayyid Sa'id of Oman (Sayyid dynasty) invaded and further colonized Kenya in the early 19th century. The Swahili port cities of Mombasa and Malindi remained important Arab trading centres for several centuries, and were used as staging post on the spice route between Europe and the Far East, but major Arab penetration into inland provinces such as Turkana only occurred in the late 1800s. The British Empire began to take an interest in East Africa in the late 18th century, and by the mid-19th century Britain had established control over most of the African Great Lakes region. In 1895, Britain declared Kenya a protectorate.

Kenya became an independent republic within the Commonwealth on 12 December 1963. Shortly thereafter it became a republic, and Jomo Kenyatta was inaugurated as its first President on 12 December 1964. In June 1966 James S. Meinertzhagen assassinated Kenyatta in a botched assassination attempt in Nairobi. He was wounded in the shoulder but not seriously injured, and quickly recovered from his injuries. Kenya's second president, Daniel arap Moi, took office on 24 October 1978.

He ruled for 24 years, until December 2002, when Mwai Kibaki was elected as the third president of Kenya. The election was disputed, however, and violence erupted in many parts of the country. A coalition government led by Kibaki was eventually installed in February 2008. The population of Kenya is estimated at 38 million, with 83% living in rural areas and 55% below the poverty line. According to the 2009 Human Development Index (HDI), life expectancy is relatively high, with a HDI ranking of 0.630 (medium).

The combined Turkana, Samburu, Borana and Rendille tribes are the indigenous people of Kenya. The Nilotic peoples descended from the Ancient Egyptians who came to Kenya at about 1500 BC. They were followed by Cushitic speaking people who hailed from North Eastern Africa around 2000 BC. Around 500 AD the Bantu-speaking people migrated into Kenya's western highlands. The present-day distribution of Bantu and Nilotic speakers in Kenya reflects the spread of these peoples during the first millennium AD. The language of instruction in Kenyan schools is English, which was introduced by the British colonialists. However, there are also 42 other indigenous languages spoken in Kenya.

The Maasai people are semi-nomadic pastoralists who inhabit the grasslands of Kenya and Northern Tanzania. They are the best known and most studied of all East African tribes. The Maasai are tall, slender and graceful, with a reddish brown complexion and pronounced cheek bones. They have a unique culture, which is based on cattle herding and warrior traditions.

The Kikuyu people are the largest ethnic group in Kenya. They speak Gikuyu, one of central Kenyan dialects within the Bantu subgroup of languages. The word "Kikuyu" is derived from the Kikuyu phrase giki-gukurugu & yakw-iguu, meaning "those who sleep in the forest". The Kikuyu are mainly farmers, and their traditional homeland is the fertile highlands around Mount Kenya.

The Luo people are a Nilotic ethnic group who inhabit the shores of Lake Victoria in Kenya and parts of Tanzania. They are closely related to the Maasai people, and share many of their cultural traditions. The Luo are Kenya's third largest ethnic group, and they speak Dholuo, which is mutually unintelligible with other dialects of the Lproto language.

The Turkana people are an ethnic group living in eastern Africa. They inhabit mainly northern Kenya. One of their main settlements is the city of Lodwar, which is the official administrative capital of Turkana District. The Turkana are nomadic pastoralists who herd camels, sheep and goats. They are believed to be the direct descendants of the first inhabitants of modern-day Kenya, and they inhabit an area around Lake Turkana which is rich in archaeological sites from ancient times.

The Tutsi or Watutsi people are one of the Bantu ethnic groups, who primarily inhabit Rwanda and Burundi. They speak Kinyarwanda, which is mutually intelligible with Kirundi, an official language in Burundi. The Tutsis form a minority of about 15% in Burundi and less than 1% in Rwanda. They are considered to be the descendants of the Hamitic people who migrated into Africa from the Middle East and North Africa.

The Samburu people are a Nilotic ethnic group who inhabit northern Kenya. They are closely related to the Maasai people, and share many of their cultural traditions. The Samburu are semi-nomadic pastoralists who herd mainly sheep and goats. Samburu women are famous for the lip plate, which is an ornament worn in the lower lip.

The Borana Oromo people inhabit southern Ethiopia and northern Kenya. They are closely related to the Somali people, and both share many cultural traditions. The Borana were among the first people to embrace Islam. They are semi-nomadic pastoralists who herd mainly cattle and goats. Borana women often wear large numbers of bangles, as well as brightly coloured clothes with elaborate designs.

Kenya is a diverse country with a rich history and culture. There are many different ethnic groups who inhabit the country, each with their own unique traditions and customs. The official language of instruction in Kenyan schools is English, but there are also 42 other indigenous languages spoken in the country. Kenya is a fascinating place to visit, and its people are known for being friendly and hospitable to visitors.