The History of Central African Republic

Most likely, Central Africa has been inhabited since at least the Neolithic Era (i.e., 10 thousand years ago) 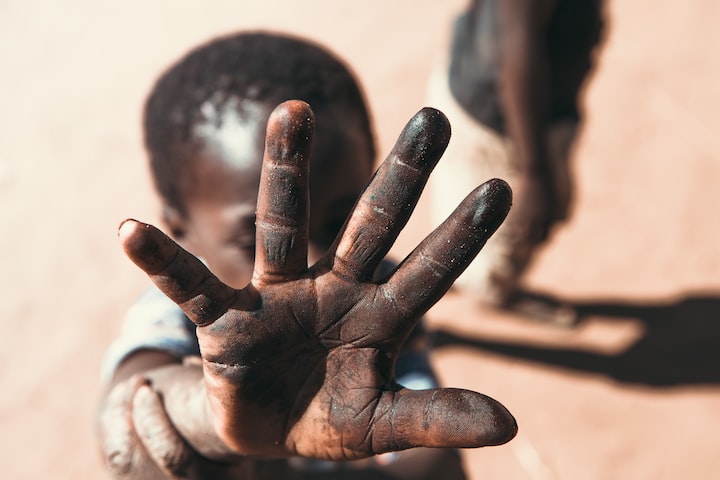 Photo by Atlas Green on Unsplash

There is little known about the earliest inhabitants of present-day CAR. Most likely, Central Africa has been inhabited since at least the Neolithic Era (i.e., 10 thousand years ago)—however, material proof of such cultures is not abundant. In 2003, archaeologists from Fourah Bay College University uncovered ceramic shards that were estimated to be around 5,000 years old in the Lobé River Basin near Bangui. Many historians from many different sources suggest that CAR was probably home to slowly developing neolithic societies until around 500 AD, when the region fell under the indirect control of the larger and more powerful Sudanese empire.

From the 8th century onward, various Central African groups were Islamized to varying degrees due to active contacts with traders from North Africa, the Middle East, and Persia. The largest and most influential of these Muslim groups were the Sélèkes – a Mandinka people who had established a powerful sultanate in what is now southwestern CAR by the end of the 15th century. In an effort to consolidate their power and fend off Portuguese encroachment on their territory, the Sélèkes raided deep into present-day Congo in 1614 but were ultimately repelled by forces from the Kongo kingdom.

The 18th century saw considerable upheaval in the region with the advent of the Atlantic Slave Trade. CAR became a major supplier of slaves to Portuguese, Dutch, British, and French merchants who were seeking to purchase slaves for their plantations in the Americas. The slave trade reached its peak in the early 19th century but then began a rapid decline in the 1830s following the abolition of slavery in most Western countries.

The scramble for Africa

In 1876, France officially declared a protectorate over the CAR – although they had been exercising de facto control over the territory for several years already. This period marked the start of what is known as the "Scramble for Africa"—a frenzied race by European powers to colonize as much of the continent as possible. The Central African Republic (CAR) was viewed as a strategic outpost for France to project its power and influence into the heart of Africa.

The early years of French rule were marked by considerable violence and instability. Various indigenous groups fiercely resisted the French colonial occupation, and there were several uprisings against French authority. The most notable of these was the Banda Uprising of 1906, which was led by Muslim religious leader Charles Tidiani Coumba. The uprising was brutally suppressed by the French military and resulted in the deaths of thousands of civilians.

In order to pacify the population, the French authorities embarked on a series of "pacification campaigns" that involved widespread burning of villages, mass executions, and systematic rape of women. By the end of World War II (1945),

Central African Republic was colonized by France in 1880, and achieved its independence in 1960.

After three years of war, France ordered a general election and appointed David Dacko as president. On January 1, 1966, Jean-Bédel Bokassa assumed power through a coup d'état and proclaimed himself president for life in 1972. In 1976, he renamed the country the Central African Empire. In 1977, President Bokassa carried out a number of executions, which resulted in his deposition by France into exile later that year. He was succeeded by his former cabinet minister Lieutenant-General André Kolingba who was elected as transitional president on November 29, 1979 to serve until February 1981 when a national conference created a transitional government with Kolingba as executive prime minister.

In 1986, tension between the southern government and opposition forces in the north culminated in a series of bombings in Bangui. The president, General Kolingba, responded by ordering a crackdown on suspected rebels, which led to the deaths of several hundred civilians.

In 1993, Ange-Félix Patassé became president following a disputed election. He was reelected in 1998 but was overthrown in 2003 by General François Bozizé, who suspended the constitution and dissolved parliament. In 2007, Bozizé was reelected president in an election that was widely criticized by international observers as being fraudulent.

In December 2012, Seleka, a coalition of rebel groups from the Muslim minority, launched a military offensive against the government of François Bozizé. The rebels succeeded in capturing key cities and bringing the government to the negotiating table. On January 11, 2013, it was announced that Michel Djotodia had been elected president by the National Transitional Council of CAR. However, in March 2013, fighters from Seleka overthrew President Djotodia, who fled Bangui with loyal armed forces to Damara.

Since April 2013, an interim government led by Nicolas Tiangaye has attempted to restore order in CAR but has faced numerous difficulties, including continuing rebel activity. The UN Security Council approved an African-led International Support Mission to CAR (MISCA) in December 2013 and mandated its deployment for a period of one year. Under pressure from within CAR and regional leaders, Boizé agreed in January 2014 to a power-sharing deal with the opposition that would see him removed from office in a year. In order to improve security, a NATO peacekeeping mission has been proposed, with a planned deployment of 900 soldiers from Germany, Italy, and Luxembourg beginning in September 2014.

In May 2014, Catherine Samba-Panza was elected as interim president by members of both houses of parliament, despite attempts by former president Bozizé to derail the elections. However, fighting continues between Séléka separatist rebels and anti-balaka militia, with widespread atrocities being committed throughout the country.

The Central African Republic is a country that has faced repeated political instability and violence since its independence in 1960. A series of military coups and rebel incursions have resulted in the deaths of thousands of civilians and the displacement of millions. The most recent conflict began in December 2012 when Seleka, a coalition of rebels, launched an offensive against the government. In January 2014, Michel Djotodia was forced to resign as president, and Catherine Samba-Panza was elected interim president. However, the situation remains volatile, with widespread violence and human rights abuses being committed by both sides.