It's not just a sob story. 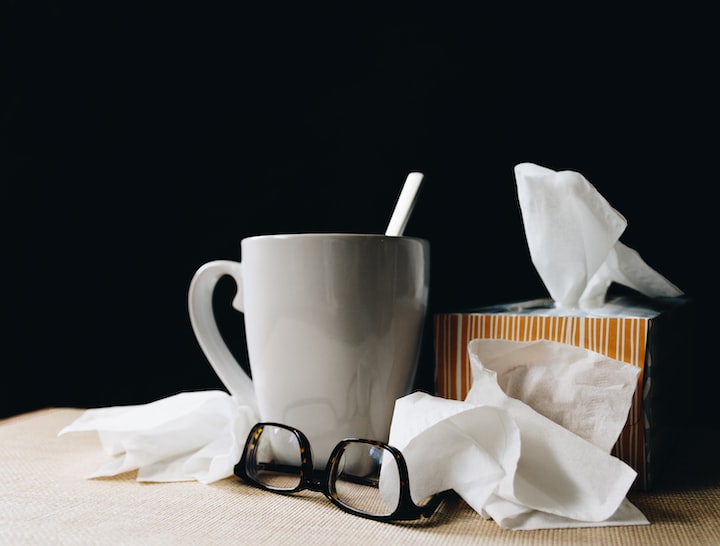 I remember taking a state practice test when I was in high school. The portion I recall was a critical thinking section and judged your analytical skills in reference to reading. I can’t tell you how well I did or what questions were asked afterward, but I can tell you what information and story I absorbed in that process. It is a seemingly insignificant story or factoid that has influenced me even today.

What has always been there for you in a bad break-up, falling out with a friend, job loss, loss of a loved one, etc.? Ice cream? No, that’s unfair to the people who are lactose intolerant. Binge watching an emotional episode or streaming comedy? No, that’s always up to someone’s personal taste. Maybe you have a loved one or a person you trust most in your time of need, but not everyone does. My interesting fact is something most people in the Western hemisphere will always turn to in those times of need. The funeral home has them in great supply. Churches often have them at the end of every pew row. They show up on every school child’s supply list for back to school. You likely pick them up along with Vitamin C tablets and some other pharmaceuticals for warding off illness at the beginning of fall. At times, they’ve even been in short supply like most paper products at the start of the pandemic. It likely didn’t take you all the hints to figure out what my fun fact item is: Kleenex or facial tissues.

You would think there wouldn’t be much to say about such a boring item, however, it has a pretty surprising creation story. Facial tissues, specifically Kleenex, were originally marketed by Kimberly-Clark as a make-up and cold cream remover. The product hasn’t really changed that much since its inception in 1924, so those of you who are shaking your heads or thinking Kleenexes wouldn’t do a great job at either are correct. Despite the product’s inadequacy to remove make-up, advertisements continued in Hollywood. As the product was failing, the Kimberly-Clark corporation found that the customers were using it to blow their noses! Instead of being offended, the corporation changed its marketing strategy. The once make-up removing failure would grow to become a facial tissue success.

Although there are many brands of facial tissues Americans use today, it is the Kleenex that has made history. You’ll often hear people ask for a “Kleenex” instead of a tissue. Kleenex was the first Western product of its kind. Before that, most people blew their nose into a handkerchief that you would have to wash. The majority of American’s would turn their nose at cloth handkerchiefs today since it both spreads germs and is inconvenient. The Kleenex product eases those hygienic and convenience concerns. Lotion, cooling, and anti-viral varieties have been added and modified to fit the population’s comfort, needs, and interests. What the Kimberly-Clark corporation had done is create a product that could change with the times, and suit consumers real needs regardless of competition. Even the tissue boxes could have new colors, styles, and designs added for marketing. People not only use the tissues themselves, but the boxes for craft items which is another bonus to the company.

Sometimes it isn’t the product that it is a failure, but the marketing. I’m sure the company was frustrated when the product was struggling. It was a large-scale failure by a corporation after all. Can you imagine the amount of complaints in the customer service department? Yikes! The product designer could have been angry that their product was being used for a totally inappropriate and unintended purpose, but instead they said “Hey, now there’s an idea!” It was an idea they didn’t consider but had been handed to them by mere mistake and chance by the consumer. Yet, it is a product that nearly all of us reach for in our time of need. It is something that makes our lives more comfortable and has been around for a long time. Whether we like the idea of a nasty tissue being an influence in our lives or not, it is obviously an item most people would rather not do without.

Nobody wants to be a tissue any more than toilet paper or a plunger, but these are items that do indirectly influence our lives. This was just one example of a failure turned success. My brother and friends may find my encouragement story about tissues a little annoying when they are going through a tough time, but it was influential to me. What this story signified to me, was that life might not turn out how you plan it. Your ideas may not turn out to be all that you planned or wanted them to be. However, just because things turn out differently doesn’t mean the idea or life isn’t valuable, influential, or important. Sometimes a perspective or marketing shift is all you need.

More stories from E.L. Martin and writers in FYI and other communities.