9 Of The Most Unsafe Beaches On The Planet 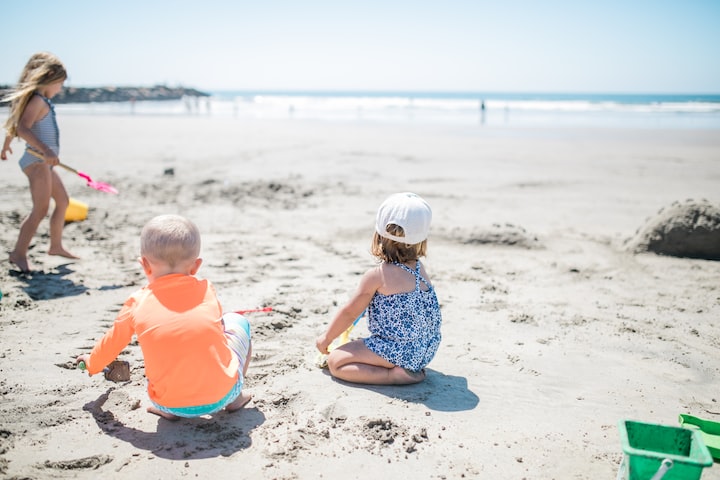 A beach is a thin, gently sloping strip of ground that runs along the edge of an ocean, lake, or river. The surface of beaches is made up of sand, pebbles, boulders, and bits of seashell. Weathering and erosion are the main causes of beach materials. The land is eroded over a long period of time by wind and water. Below are the 9 of the most unsafe beaches for tourists

Nestled in the exquisite Napali coast of Kauai and Only accessible by the Kalalau trail.

Hanakapiai beach happens to be an incredibly unsafe place in the world to go swimming in. This is due to its extremely powerful waves and rip currents that have been known to easily sweep people out to sea. In the event that a swimmer somehow gets caught in a rip current. The closest safe shore area is almost six miles away due to these terribly unsafe conditions. It was even reported that at least 83 people have drowned there over the years.

Situated in northern Queensland Australia, Cape tribulation has a name that easily serves as a warning for travelers. The Area is home to crocodiles, jellyfish, harmful snakes, as well as cassowaries, which are considered to be the most terrifying birds in the world.

Cassowaries are large flightless birds who are closely related to Emus and can easily grow to weigh more than 160 pounds. That's definitely one reason to stay clear from this beach.

Mumbai Chowpatty Beach is said to be one of the world's most polluted beaches, making the sea absolutely unfit for swimming. The sands on chowpatty beach are filled with scraps and debris from salvage ships and the waters are full of dumped waste from Mumbai city. The waters of this beach have only gotten much more polluted ever since 2011 when the Mv Rak sank and spilled almost 60,000 metric tons of coal. Swimming in these polluted waters may result in serious illnesses in the elderly, children and people with already weakened immune systems.

This beach is also popularly known as "The Great White Shark capital of the world" Because of the unbelievable number of these terrifying predators lurking just off the coast. The sharks are easily attracted to this area by the colony of nearly 60,000 Furseals residing in the small channel of water. located just between Dyer Island and Geyser rock also known as "shark alley". As unsafe as these waters can be. Visitors can safely get up close to these creatures by going cage diving with a safe and reputable tour company.

Situated in Volcanoes National Park, the infamous and impressive black sand beaches of Kilauea might be beautiful, but they are also incredibly unsafe.

The beaches sit very close to one of the most active volcanoes in the world ( Mount Kilauea). which has constantly been erupting ever since 1983 and spilling hot lava straight into the oceans. The temperature of the water here easily reaches almost 110 degrees.

Fraser island beaches are said to be some of the most unsafe places. The waters surrounding this island have extremely strong rip currents and are brimming with jellyfish and sharks. beach goers can even run into other unsafe creatures on land as well, including saltwater crocodiles and even dingoes which have been known to pounce on children.

New Smyrna Beach, while incredibly beautiful, also has quite a notorious reputation. With a recorded 238 incidents the beach is also called the Sharks attack capital of the world. Because the surf inhibits any visibility. Sharks instantly react to splashes like those often made by surfers paddling to catch a wave and blindly bite.

Also known as Playa De los Muertos, it's not entirely surprising that Playa Zipolite located just on the southern coast of Mexico’s beautiful Oaxaca state has an unbelievable reputation.This Beach is incredibly popular with nudists and backpackers, but it's also notorious for its unsafe rip currents. A volunteer lifeguard team was established back in 1995, which significantly reduced the number of drownings .

9. Beaches of the Northern Territory-Australia.

Box Jellyfish are the most menacing and venomous jellyfish in the world, growing up to 11 inches wide with almost 60 tentacles that can stretch up to nearly six feet long. These Jellyfish, which are transparent when in water, can be found in relatively large swarms along the coast of Australia's Northern Territory.

Their sting is so powerful and painful that some unfortunate people could even suffer a cardiac arrest before reaching the shore. Trying to Remove the tentacles from the sting can cause more toxins to be discharged. And death can occur within just five minutes. It has been reported that these jellyfish have been responsible for almost 70 lost lives ever since 1883.

Always conduct a little study on any potential risks before going to a beach, and remember to follow any beach restrictions you come across because doing so could save your life.

I am a non-fiction writer, I write about unknown facts, Financial trading, and general educational topics. Please subscribe,leave a comment and some love.

More stories from Bartholomew Anaeme and writers in FYI and other communities.