Your Book on a Blockchain-The Future of Publishing?

by Lucien Lecarme 6 months ago in literature

Bend your mind around decentralized publishing with these success stories 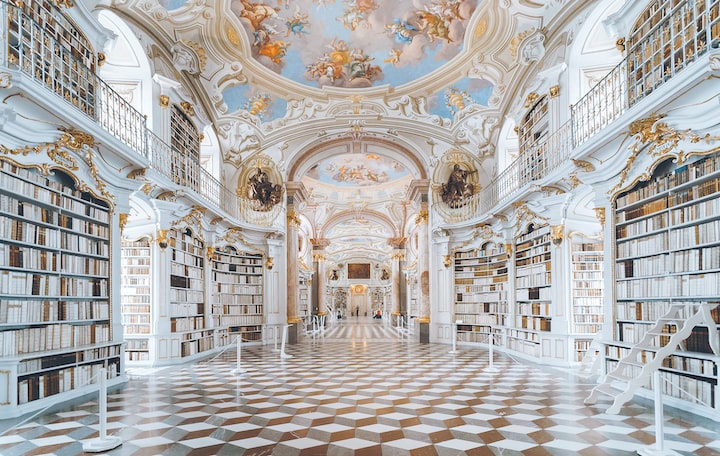 Photo by Valdemaras D. on Unsplash

Web 3 is offering a tsunami of change for artists and writers. And we just got started.

Ever thought of putting your book out there as an NFT?

It's already done by some and it's changing the world of publishing as I finish writing this line. It's super exciting, even (or especially) when you only wrote your first page yet.

I'll explain what stunning success some of these pioneer writers had.

We've already entered the stage where it's fairly easy to sell your tweet as NFT on BitClout. From an earning perspective, this only makes sense when your name is Jack Dorsey, but still, it's possible for you too. I have my most popular tweet on BitClout floating around in digital space as NFT.

Or what about writing a book together with peers all over the world and publishing together on a transparent ledger?

And the final frontier; what if we let A.I write the next Dan Brown?

It's a great idea to dive into NFT's when it's real value you bring to your tribe.

Ever thought of publishing your tweets, poems, book, or separate pages as NFT?

Here is how this can change your writer's career overnight.

When your passion is to write books, this is where you need to be. Or maybe you only just started and procrastination is your devil. Maybe you only wrote the first page. Or just a rough sketch in a notebook.

Become like writer Rex Shannon. Release each page of your novel as an NFT, and once it's sold, make it available for the public on a blockchain. Imagine the electric circuits in your head go bonanza when you sell page 1 of your future novel. Or just your very promising blurb.

You only need to start and write page 1. Really.

The first sale will be an overload of motivation, I'm sure. The book will be finished, and sold, in no time and forever owned by 280 pages = 280 owners on WEB3.

What if you've written a book and dragged it to 154 publishers and they all laughed you in the face? Become like Blake Butler. He made his book into a GIF strolling the pages, and sold it for 5 ETHEREUM, now close to $25K.

He doesn't work for MacDonalds anymore, doing his side hustle writing in the evenings.

Putting the first page of your book, the blurp, or the complete work as NFT for sale in a creative way can completely turn around your life. It will disturb the market, for good.

Maybe. I guess we still need the quality filter from people in dusty offices reading 21 manuscripts a day and rejecting thousands with sloppy blurbs.

When you produce quality, your online reputation is high and you can create your own network momentum, go for it. Peer-to-peer publishing will explode soon.

You're still one of the first 1000 to ever publish a book as NFT.

To really take things next level; What if everybody can participate in writing one book, decentralized, on the Ethereum Blockchain, presented as NFT?

The very first book written and published decentralized is claimed by Sole 24 Ore. A decentralized book about global leadership in the age of web3 and NFT's.

The book is "tokenized", that is, transformed into a digital representation that effectively transforms each reader into a node of a transparent and open network of "distributed registers". Every single node, that is to say, each reader, will be able to provide its own contribution on the subject which, once examined by the editorial staff, will be fully included in the work - www.disruptorleague.com

The editorial staff they included is, again, the much-needed quality filter. The centralized element that will remain until humanity has developed through gene modification into humans that equal Leonardo DaVinci. (how boring)

The contributions of all participants were collected in a final NFT, a collage co-created by authors and readers. It got auctioned last Christmas. The proceeds went to charity.

Apparently, the founders of this project didn't mint thousands of Sole 24 Ore NFT's to be sold. A missed chance? Mind you, this project is from last year.

The world of NFT's only exploded last February 2021.

Both are social media pioneers. One that became massive in web 1 and 2 and managed to get half of the world addicted to screens, and a newcomer that has the potential to become huge in web 3 and beyond.

The comparison gives a good vision of how the web is developing.

Personally, I believe that not everything should be about capitalizing value in web3.

There is an inherent danger to connecting a person's internet identity to capital or tokens only. This can be a potential Black Mirror scenario where people get blind chasing value. Will the value-less people disappear in a black hole?

We are more than bits and bytes and money.

In my view, in a transparent world, the function of ownership can in fact even gradually disappear when we move of any pyramid model. Not owned by one centralized entity like a global Borg-alike totalitarian ruler. Hell no.

Decentralized means owned by all, and nobody at the same time. Rap your mind around that one.

The blockchain can support this just the same. This route might actually set us free from the chains of possession. I know, it's quite an out-there 2052 vision, but still.

Technology, people, and the Zeitgeist are literally expanding the core concept of writing and books and art as we speak.

At this pace, will we become the Michelangelo of a new cultural digital renaissance soon? I doubt it when I look at the dumb pixelated Simpson heads on BitClout. Is our current meme culture even comparable with the David by Michelangelo?

In a way, yes, since it expresses the collective wormhole humanity has found itself pushing itself towards the 4th industrial revolution. The David represented a mirror for humanity that for the first time in history dared to put itself in the middle of the universe.

From a purely aesthetical point of view, I'll hate the moment A.I will write better novels than Dan Brown, and I think it's not possible. There is something about our creative process that needs a soul and suffering. Period. Writers can feel that between the lines.

For me, a more important question to leave you with it; When will we leave publishers and finally (o sigh) centralized platforms like Facebook behind?

NFT and web 3 allows writers and in fact all creative producers to cut out work in a digital landscape that is new, fresh, and changing the horizon of humanity's creative efforts forever.

There is huge potential out there. Be a pioneer.

I'm a writer, blogger and author of "The Wisdom Keeper", a heroes journey about the need to fall in love with earth again. I write about sensemaking, the revolution of money and self development

More stories from Lucien Lecarme and writers in Futurism and other communities.