What To Expect During Each Planetary Retrograde

The astrological themes of each planetary retrograde. 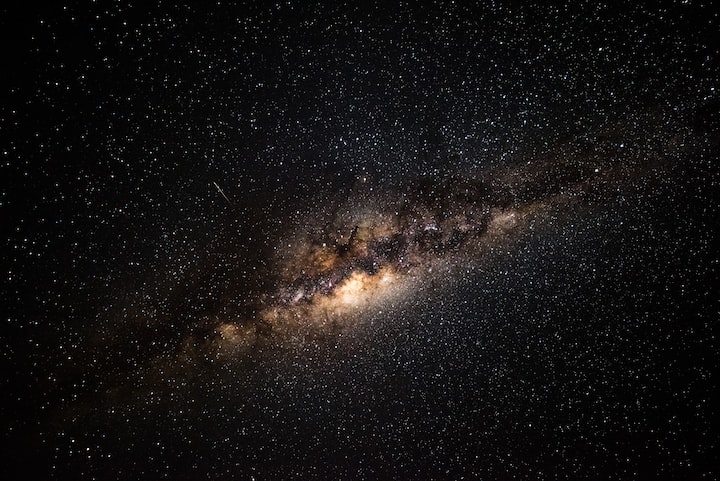 Photo by Brett Ritchie on Unsplash

Astronomically, a planet going retrograde means the planet is appearing to be moving backwards because of retrograde motion. Astrologically, a planet going retrograde means that whatever sign or house that planet rules over is going to be strongly affected by that planet’s retrograde motion. The retrograde energy of a planet usually enhances their opposing astrological meanings. In 2020, we are up to our necks in retrogrades turning our personal realities upside down, so I figured it would be helpful to summarize the meaning of each retrograde. Before going into the summaries, you should know ancient astrology only considered the seven classical planets during their time, which were celestial bodies they could see with the naked eye (the moon, Mercury, Venus, The Sun, Mars, Jupiter, and Saturn), so the retrograde energy of Uranus, Neptune, and Pluto may seem a little ambiguous.

Mercury Retrograde (goes retrograde 3 or 4 times a year for about 3 weeks):

Key Terms: truth coming to the surface amidst miscommunication and misunderstandings through patience and integrity; new perspectives, have back up plans and good preparations, reread and carefully edit letters/messages.

Mercury retrograde warns us to slow down, think before you leap. Gemini and Virgo placements are affected the most. Virgo placements may have an easier time pinpointing what makes sense than the Gemini placements, but overall, anyone who learns to slow down and be practical won’t be caught up in the retrograde whirlwind. Since Mercury rules are forms of communication, the retrograde energy can lead to things completely stopping or spinning out of control, which is why we’re always warned to be cautious about signing contracts, moving, financial transactions, and traveling. Mercury, aka Hermes, can sometimes bring clarity and other times bring confusion. This is the time to focus on clarity. Make sure to be patient enough to wait out Mercury’s retrograde shadow too.

Venus retrograde warns against impulsive purchases for the sake of aesthetics and jumping to conclusions in relationships. While Venus slows down, this is the time to evaluate your true desires within and outside of yourself and since this planet rules over Taurus and Libra placements, this is the time to evaluate what is needed to maintain stability, security, and balance in your relationships and lifestyle. Even if you are someone who dreams of living a luxurious life, be wary not to make any extreme purchases just to have that thing that allegedly makes your home look prettier, improves your skin care routine, or diet because later you’ll find it done out of impulse rather than genuine need. Take that same advice regarding what you say and do in your relationships whether they be platonic or romantic. I know many astrologers focus on the romantic side, but your family and platonic relationships are just as important to reflect on, especially if you’re realizing that the people in your life had a stronger influence on your actions than you thought.

Mars (goes retrograde every 2 years for about 2 months):

Mars retrograde makes any repressed emotions or resentments harder to hold back. This is the time to focus on forgiveness, letting go, and being patient with yourself. There’s a sense of accountability emphasized during this time because the conflicts that seem more external will reflect what is going on internally. We may already have the drive and the certainty to go in the direction we’re set on, but if more and more conflicts arise, it’s time to take a beat. Mars going retrograde isn’t meant to rattle your confidence, but to encourage you to be confident and poised amid a confrontation. We can’t always go, go, go. It’s important to use hindsight on our more instinctual actions and consider redirecting them towards what’s important in our lives.

Next are the outer planets. They go retrograde for 4 to 6 months every year.

Key Terms: make long-term plans, traveling for pleasure or business, expanding education (consciousness), addressing loss or being unlucky, not the time to gamble.

Jupiter in retrograde is when pragmatism and optimism isn’t enough to handle conflicting feelings about our life philosophies. Jupiter rules over Pisces and Sagittarius and both signs have a difficult time accepting negative scenarios, sometimes believing there’s no such thing as being too positive. When in retrograde, Jupiter encourages practicality and protection. It’s not all about business and finance during this time. It’s more about grounding yourself philosophically. Do you really believe life is all a gamble where luck just comes and goes or do you believe in the power of manifestation and being devoted to a cause? Jupiter calls you out to be open and understanding of yourself and other perceptions. It can be a very humbling and enlightening period of your life. Temperance is key.

Saturn, ruler of Capricorn and Aquarius, becomes amplified when it’s in retrograde, bringing forth all the harsh truths we may not want to deal with yet need to. Many astrologers discuss the confronting of authority when Saturn’s energy is strong and that can be applied to how you were parented, what culture you grew up in, and how you perceive law makers and governing bodies. Ultimately, you are the main authority in your life learning to be accountable for your actions and reevaluating your habits. It’s also a time to contemplate your long-term goals, similar to the Mars and Jupiter retrograde energies, but Saturn addresses this with more sternness, leading to a more existential mindset. Strict doesn’t mean unfair and Saturn energy will make sure of that by helping you see what is and isn’t working, where your karmic path is headed, and who is or isn’t worth trusting anymore. Many truth bombs bombard you during Saturn’s retrograde season, but because these seasons are quite slow, the truth bombs may be spaced out as you take one step at a time towards better living. Resisting the inner critic is what will make this retrograde harder than it needs to be.

Uranus in retrograde, ruling Aquarius, clarifies the chaos you’re currently in and highlights what changes are needed in your life. Its ruthlessly rebellious nature brings your deepest needs to mind even if you feel like you struggle to pinpoint what those needs are while you’re sorting through the chaos. Uranus retrograde will help you be more aware of your physical and mental health issues, your environment, your culture, and the status quo in general (Yes, kind of like Saturn). You won’t be a rebel without a cause once you start taking the steps Uranus pushes you to take. The transitional energy from what was unhealthy to what is healthy will be another storm in itself, but then that transition will become the experience you needed to make yourself more grounded, being more sure of who you are, more individualistic rather than swayed by conformity. Uranus retrograde demands courage and sacrifice for the better.

Pisces ruling Neptune in retrograde exudes more of its opposing self than any of the other planets. While those with Neptune ruling charts enjoy their accessibility to many forms of escapism, the retrograde energy brings all of that to a halt. Your true sensitivity to the world is revealed, the divine feminine no longer lets you hide in the dark and addresses your internal and mental confusion. A strong nervousness hits all of us during this retrograde, but it’s helpful. Neptune’s retrograde escorts us out of disillusionment. We inevitably watch delusion of ou own making dissolve and in that revelation there can be peace if you chose to face it. Some may let their nervous energy take them to their guilty pleasures and their scapegoats while others will allow their psychic abilities and intuitive nature to further explore the truth. Because of the amplification of sensitivity, the exploration of the truth will be seen through a more empathetic lens. Instead of rose-tinted glasses, you’ll see and respond to reality in a more genuine and human way.

Key Terms: the truth of the subconscious, revelations about intimacy and power, struggling with transformation, what was hidden now revealed, needing openness and security, pointing out risks, cleansing/purging, inner truth defined, autonomy,

Pluto going retrograde is considered the most intimidating retrograde season next to Saturn. This Scorpio ruler doesn’t hold back the truth. The least favorite thing about this retrograde season is that it’s ridiculously slow, almost taking up half of the year; however, understanding the truth of who you are and the environment you’ve lived in from its cultural norms to its systems of governance could not be done in just a few weeks. These are the kind of revelations you must take one step at a time. Pluto retrograde can almost be like a psychological purging leading to an existential crisis. While you’re dealing with that, there’s a need to get things out in the open to feel more secure about yourself. Pluto is not a gentle escort through the existential problems, but he is thorough. No stone is unturned, but turning a new leaf will be your choice. Similar to Neptune’s approach, you can either dive deeper into your subconscious or look away. Pluto’s retrograde energy tackles the structures you and your culture have built to test its tenacity and credibility. The earth shattering part is when a tradition you trust collapses onto itself, making radical reform inevitable. Pluto will watch your reaction to those kinds of upheavals and see if you’re capable of building something new through wisdom. Pluto is less about karma and more about becoming autonomous and wise as you witness the inevitability of life, death, and rebirth.

I'm hoping as a student of astrology myself that I've helped you understanding the process and interpretation of planetary retrogrades. Let me know what you thought about the article by contacting/following me here:

More stories from Leliel - Authentikei and writers in Futurism and other communities.