by Shoaib Rahman 7 months ago in religion
Report Story

I marvel at the willingness of the faithful to suspend disbelief in exchange for whatever they are getting in return, and every now and then, I reflect on the probable reasons behind it all. 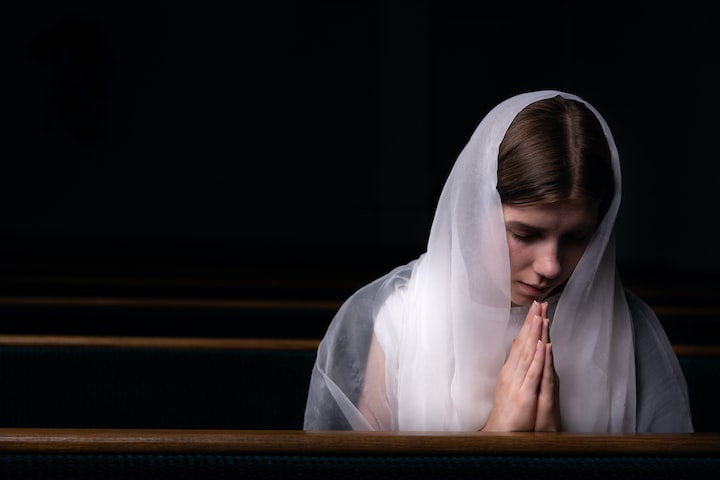 I had four imaginary friends as a child: Beddle Bahbahtch, Reachover Sweeney, Lem Keg, and God, but I haven’t had a conversation with any one of them for more than fifteen years.

Theism fascinates me. I marvel at the willingness of the faithful to suspend disbelief in exchange for whatever they are getting in return, and every now and then, I reflect on the probable reasons behind it all.

Here are my top ten reasons why people have beliefs on religion.

“Most of the people I know who are intelligent, kind, and moral beliefs in God,” they think, “and I’d like to be associated with their ilk.” I’m convinced that people in positions of great power—our president comes to mind—display their faith as a means of disabusing their constituencies of the notion that they regard themselves unaccountable to a higher being.

Christians not only use their god as a device to preempt and disparage human arrogance, but also to further buttress the illusory premise of American egalitarianism with rationales like, “We are all equal under the law pursuant to the Declaration of Independence and the Constitution, and also in the eyes of God.

2. The alternative is unacceptable

To be godless remains anathematic in our society. Atheists are viewed as the epitome of arrogance and their denial of god’s existence is an offensive assertion that believers are willing dupes.

I think of agnostics as closet Atheists who are uncomfortable defending the unequivocal non-existence of god.

This is the congregant’s equivalent of a ministerial or priestly calling, more common to born-again evangelicals than to adherents in the non-charismatic wings of mainstream sects.

4. The argument of Pascal’s Wager

5. A refuge in extremis

Much of humanity seems hardwired to reach out to a theistic entity when nothing else offers acceptable answers, fills a void, or delivers relief. In other words, whatever works. I call it the Dr. Phil argument.

On his television show, pop psychologist Dr. Phil McGraw asks his hapless guests, “How’s that working for you?” after listening to them describe futile efforts to deal with some major life issue.

When theists perceive their beliefs to be “working” for them, the question of whether their god exists, whether that major premise is valid or bogus, is irrelevant. Hey, if the sham “works,” what’s the big deal?

Believers assume that god put them here for a divinely envisioned purpose, one more admirable than any they might set for themselves. Otherwise, what’s it all for? They also seek and find in their faith both a communal identity among like thinkers and a kind of transcendental serenity.

The latter is similar in intent and effect to what is experienced by those practitioners of yoga and tai chi who manage to achieve it without the baggage of a supernatural or divine premise. And when theism is deeply woven into a national, ethnic, or family ethos, the thought of disavowing the belief component brings the fear of undermining the culture as a whole

7. Fear of oblivion after death

Humans have a terrible time internalizing death as oblivion. The prospect of being turned off like a light bulb or having one’s life ratcheted down to nothing by the rheostat of aging or disease is often just too much to handle.

Theists are quite content to suspend disbelief for god’s promise of an afterlife, and they want to envision that afterlife as one in which they are granted some semblance of the self-awareness they’ve enjoyed in their earthly lives. Otherwise, how would they know they were there?

8. A necessary foundation for an ethical system

Theists cannot trust that ethical behavior will be the norm in the absence of a carrot-and-stick god to guide humans onto a righteous path and keep them there. The carrot: the approbation of fellow believers. The stick: the promise of Judgment Day.

9. The mysteries of “first cause” and human consciousness

How did this complex universe of ours come into being? An accidental Big Bang or a purposeful Big Divine Decision? And what about the phenomenon of human consciousness, of self-awareness? Believers ask, “How could we have possibly been endowed with such extraordinary capabilities unless they had been part of a divine blueprint?”

An expression of what Plato called a “noble lie” and similar to a Hollywood screenwriter’s intent to foster a suspension of disbelief, this reason may well define the majority of theists. It includes an implicit admission that “no, I don’t really believe in God, but I believe in believing in God because I like the trappings of comfort, piety, and societal admiration that come along with it.” As Tina Turner might ask, what’s logic got to do with it? And as Elaine Benes would most certainly reply, absolutely nuthin'.

Shoaib Rahman is a British-Bengali author, entrepreneur, atheist activist, film director, & screenwriter. Rahman is the chief editor of Fadew. He is a correspondent for American Atheists. He made his directional debut with Thusment (2023)

More stories from Shoaib Rahman and writers in Futurism and other communities.