The story of God

by Sophy Geno 10 months ago in tv review

Across countries and through time, we all grow to harbor a different meaning for God. A The story of God review. 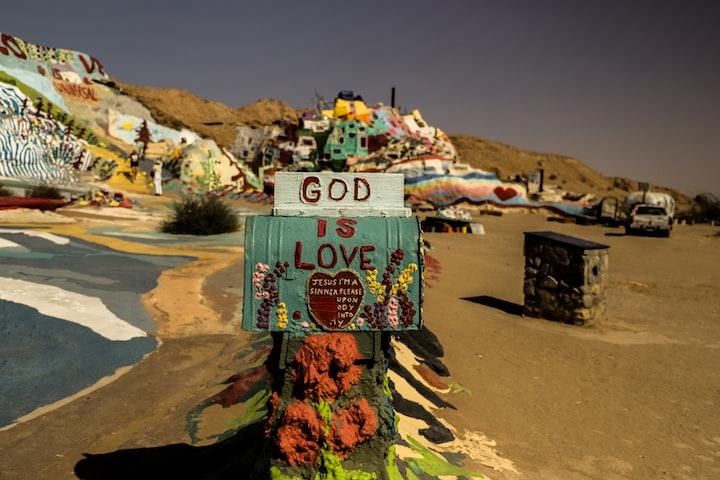 Photo by Hassan Saleh on Unsplash

Learning what God means to others

Each episode introduces about 2 religions and their views of God. I still remember the episode when Morgan went to Minnesota to meet the newest reincarnation of the Tibetan leader Takshem Lama. I did not even know the reincarnate existed, yet alone lived in America. The boy is only about 13 years old now, but his story amazed me along with many others. This boy goes to school like any normal kid, but when he gets home, he studies scriptures, ancient Tibetan language, and prayers for hours. He will even have to leave his parents one day to study at a temple so he may take his place as the Takshem Lama's 8th reincarnate. The sheer devotion that him and his family showed for this purpose was stunning to me. They pour their soul into training their son for becoming a spiritual leader, and he too takes on an amount of responsibility that many adults do not. While watching this family, and the many others I had a new meaning for God emerging.

In some parts of Mexico, many people turn to a sub religion that worships Nuestra Señora de la Santa Muerte, or Santa Muerte. This female diety promises many things to her devout followers. Safe passage to the afterlife, healing, good luck, and even marriage. The followers of Santa Muerte shown in The story of God were shown at many public altars praying and offering Santa Muerte various gifts. It was surreal to peek into the lives of one of Santa Muerte's estimated 20 million followers. This was another view of God's powers I was unaccustomed to. The lengths which people will go to for a good life manifested many ways throughout this episode as well. Aside from normal offerings of food or candles, Santa Muerte also takes tequila, rum, bones, and even marijuana. For these followers, Santa Muerte is outside the rules of the Catholic church which is why it became more of a sub religion. This showed me the limitless ways to know God and faith affect more people than I ever realized.

A religious festival that takes place in Thailand showed me the most perplexing show of devotion I had ever seen. To ward off evil and show the act of God protecting them, participants stick their faces and bodies with various objects while parading through the streets. After spiritual gurus show acts of holy possession, they are praised and sometimes asked for advice from God by other followers. This festival also has a large vegetarian feast for participants, which is astonishing to me since they wound their cheeks so much during the festivities. These festival participants claim that God will heal their wounds quickly since they showed devotion, and I was surprised to see very little to no blood coming from their wounds. This festival did shock me, but the bystanders seemed completely unfazed. I realized their devotion to this religion is stronger than their fear. Although amazing, I do not know if I could ever attend this festival myself.

In America, although we are surrounded by people of many diverse religious views, we often find ourselves at odds with each other. I personally have had Muslim friends who were too afraid to leave their house some days. Honestly, I think it is all caused by not wanting to see God or life through the eyes of others. If we open our hearts and minds just a little however, it is easier to see we are all remarkably similar. If we treat life as a constant test and educate ourselves, we could all build respect and understanding for each other.

While watching The story of God, I find myself crying, laughing, in suspense, and sometimes very confused. However, at the end of every episode I find myself wanting to watch more. This show has reignited my desire to learn about how others view not only God, but also life and death. I almost feel as if I'm teleported into the lives of the people in the show. I feel their happiness, I feel their pain, and for a moment I see God through their eyes.

Every story of God reminds me I am not even close to knowing everything. And I don't want my misunderstandings of others to cause harm, so I watch more and more. The story of God makes educating yourself on other beliefs in God very easy to watch, so don't be afraid to step out of your comfort zone.

See all posts by Sophy Geno →