The Mendicant Series, Part I: Escalation 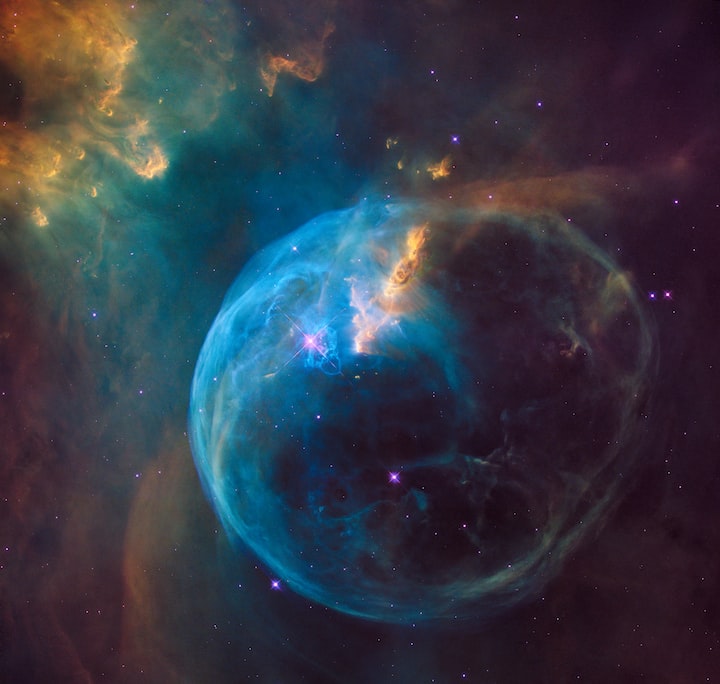 “Nobody can hear a scream in the vacuum of space, or so they say. Still, they’ll scream anyway. They always do. Deputy, sound general quarters.”

As the Commodore finished giving orders, the wardroom scattered, each officer to their station. David flew up the stairs to the bridge to take his spot at the chart table, the Navigator’s prized position. The chart display shined brightly in front of him as the Quartermaster on watch began briefing him on the situation.

“Sir, two Ranger-class government gunships down bearing zero-one-two-five, seven minutes to contact,” recited Petty Officer First Class Yvonne Davis. “They have not responded to us yet, but that can’t last long. Lieutenant Keeley already has the deck, Ensign Mbembe has the Conn, and … COMMODORE ON DECK.”

The starboard hatch slammed shut as the old Commodore stormed onto the bridge. Tall, athletic but beginning to bulge around the waist, with a long mane tied neatly under his command cover, Commodore Mitchell Slocum resembled every trope commonly applied to veterans of the Naval Service. After twenty years in government service, Slocum had joined the revolution when it seceded years before and never looked back. Not two months ago he took command of the Armada Scar and led this little raiding venture. He barked orders to Lieutenant Keeley and took his seat before the large bridge window, coffee in hand.

David surveyed the upcoming battlefield on the chart display. Planet Réunion and her two small moons lay nearby, just about 400,000 miles away, ice caps and craters clearly visible. Here in the northeast quadrant, all planets are icy, and help, so very far away. Were it not for the intergalactic thruway which ran nearby, vessels would have no cause to venture here at all. Petty Officer Davis took up the logbook nearby and gave orders to the junior Quartermasters who were now arriving on the bridge. David mostly stood by to support the bridge team when the action began.

He could hear the faint whirring as the great turret forward of the bridge began to slew to starboard. He knew the same was happening aft, and braced himself for the inevitable recoil. Just then, the two federal gunships came into view, their turrets noticeably slewing about to take the Armada Scar under fire. Small vessels, only patrol ships. Poor souls. Meanwhile, Commodore Slocum was conversing on the battle net.

“Dammit, José, you’re a Commander, make sure the high explosive impact rounds are fifth behind the armor piercing…figure it the hell out…combat manned and ready, aye…engineering as well, very good…Lieutenant Keely, hold course zero-one-two-zero. Standby to engage in thirty seconds…”

The massive turrets finished sliding into position. The whole ship had gone silent, waiting in anticipation. David gripped the chart table and braced himself.

The sensation was always a strange one. Planetside, at the academy, gunnery training always seemed so straightforward, and thousands of practice rounds conditioned cadets to the sensation and the cadence and the thunder. In space, though, only a muffled thump, which was felt more than heard, and mechanical whirring accompanied the launching of the first pulse round down range. The nearer federal vessel buckled under the weight of impact of two rounds from the fore and aft batteries, but everyone on the bridge could see its turret still coming around. It probably wouldn’t matter though; the Scar’s cannons could put a round down range every four seconds, and these little gunships’ shields couldn’t take but a few rounds. The biggest detriment to accuracy was the recoil; even with forty stabilizing thrusters, the massive cannons always caused the starship to heel.

Armada Scar’s cannons delivered another punishing blow. First the shield disappeared, and the second armor piercing round went straight through the bridge and on its merry way as if it hadn’t just spelled death to a hundred sailors. A third set of rounds went through midships and the aft thrusters. Vessel one is down for the count, thought David.

As the cannons trained themselves on the second patrol vessel, a series of quick impacts struck the starboard side, followed by a large accelerator round from the enemy’s main battery. Armada Scar heeled over twenty degrees to port.

The cannons retrained, lights flashed, and two more rounds flashed down range and obliterated the federal shield. David knew what came next. Only one vessel was ever spared.

Four seconds later, the high explosive rounds penetrated the first several layers of armor and lodged themselves amidships. One moment passed; just one second, but it felt like an eternity. Then, it happened.

The federal ship was blasted apart. Fire might not be possible in the empty void of space, but watching it blow a two hundred thousand ton starship into a million specks is always a thrilling spectacle. Ensign Mbembe and the junior Quartermasters cheered. Commodore Slocum merely smirked; another one for the books, thought David.

“Alright Claire, get us alongside the disabled vessel and get the boarding craft leader on the battle net. I need to speak with him before he goes over. Keep her one mile to starboard, Lieutenant Keeley,” growled Slocum between sips of black coffee.

“Aye Aye, Sir. Junior Lieutenant Liam Flores, boarding officer, is on the net for you, Sir,” responded Claire Keeley as she glanced at the radar. “Conn, bring us to course…zero-two-one-three, two thousand knots.”

“Aye Ma’am. Right full, all engines ahead for two thousand knots,” said Mbembe. “I’ll bring us to one mile, then.”

The helmsman replied in kind, and the Armada Scar closed the stricken patrol craft. Through his binoculars, David could see lights flickering through the gaping hole left by the armor piercing rounds, but no movement. He watched as the two small craft from Armada Scar navigated the debris field and boarded the federal ship, and stood by to begin plotting a track. They would need more fuel before embarking on another raid so deep in government territory.

“Lieutenant Copeland,” grumbled Commodore Slocum, “as soon as our boats are back, let’s head home. I’d like to be there in three days, fuel be damned.”

“Aye aye Sir,” grinned David. They hadn’t been home for almost nine months, but once their fuel escort had taken damage, he knew the Armada Scar must head home sooner rather than later. In a few hours, homecoming finally seemed like a reality. Civil wars are such a drag.

David pulled back the thin blue curtains of his rack when he heard his stateroom door fling open. In came Liam, the boarding officer. Tall, muscular, and handsome but a bit of a lunk, Junior Lieutenant Flores was an ideal officer for small arms engagements, which is why the old Commodore only sent him on such missions.

“How’d it go, Flores? Find anything useful? Shoot any feds? Did they have real food, and did you bring it back? I can’t take any more freeze dried half-rations.”

“Ay shut up Copeland, let me change and breathe for a minute. I only just finished debriefing old Slocum and the captain. I hate these boardings; only one fed found alive, in engineering. Most of em were still on the mess deck when our round punched clean through, which also hit their ventilation control.”

From the bottom rack, Ensign Mbembe chimed in. “What did you all find?”

“Kwasi, I already told Copeland to shut up, why don’t you do the same. We went through the mess decks and saw the aftermath, it was horrendous. Even feds don’t deserve that shit, man.”

“Alright man, take a minute. No need to get chippy, we’re all junior officers here.”

Liam changed into sweats and jumped in his rack, just above Kwasi's. David, Kwasi, and their last roommate, Junior Lieutenant Kai Dhao, got up and sat at the small table under the TV in the stateroom corner. After a few minutes, Liam spoke up.

“Well, we went over. My team went to the bridge, Chief Asamoah’s fireteam went to combat. They found some manifests, crew lists, trade route info, and some ammo depot locations. Nothing major, but they’re only patrol vessels after all. On the bridge we confirmed the status of the major systems and found most of the bridge team, all dead. Like I said, ventilation was shot. Then we went to engineering, found a lone Sailor in a temp pod, got him back on boarding craft Atlas, then scoured the rest of the ship. Lots of suffocated bodies, some with debris sticking out. Always makes me sick man. Once we had everything back onboard, we put charges in their main magazine, should go off any minute, but we’re too far down David’s damn track to see it now.”

“Just fire him out of the cannon, he’s a fed, send him to hell,” said Kai.

“Nah,” sighed Liam, “Commodore’s gonna let him starve for about two days, then interrogate him. He seemed pretty terrified, kept mumbling, said we had no idea what we just did, but that’s to be expected. Anyway, I gotta go talk to doc.”

“I always talk to him after these boat raids. Something about seeing all those bodies. Doc helps me deal. The Commodore was right, though.”

“At the briefing. Most of the bodies still look like they’re screaming. No one could hear them, but they really did keep screaming until the end. This war, man.” With that, Liam walked out.

Returning to an old habit after a long hiatus away. Husband, father, historian, veteran, and Tolkien devotee.