The price of staying alive 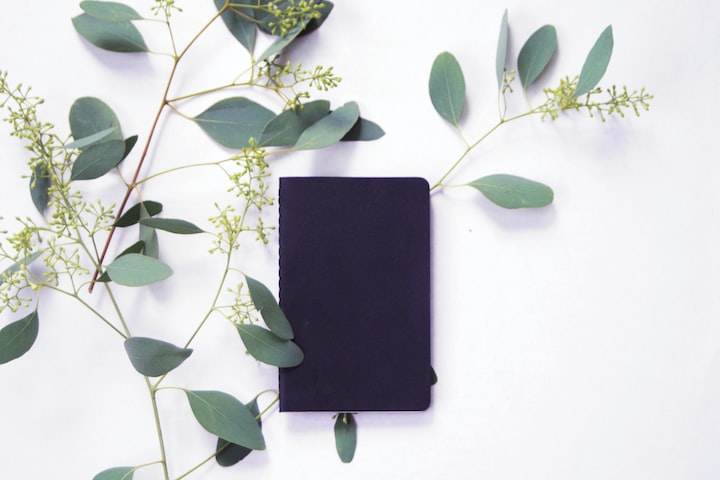 Photo by Val Pierce on Unsplash

The kids called him Littl' Short because he always seems to be short of something. If it's not his lack of school stationery, then it's the food in his lunchbox. The boy slouched as he walked home, a 15-mile hike because someone had taken his bike again.

But that wasn't his main problem.

His brother was about to die. Not because he got into the bad part of the neighborhood, or because the cops patted down the wrong guy. No. It was a different kind of death, a slow impending, and inevitable one.

Littl' Short had watched his brother, David, a young man that had dreams of joining the army waste away suddenly. It was as if they woke up and the well built, solid, and highly driven young man of the family turned into a skeleton version of himself.

David had dreams. He was going to get their family up and out. Littl' Short would go to a better school and maybe even have proper shoes. The ones he wore were from the charity store and had been glued back together one too many times.

But David kept losing weight. The young man ate and ate but not a bit of fat piled up beneath his skin. His muscles became bones, his face sunken and hollowed. Then he finally went to the doctor but there was nothing that they could do. There was no cure -- only a remedy that costs a thousand bucks per month.

"You have type 1 diabetes," the doctor had told him. Littl' Short knew nothing about diabetes until his brother got it. Whatever plans David had for himself and everyone got wrecked the moment his pancreas decided to stop working.

Their mother cried. The price to keep her eldest son alive was a minimum of $375 per week for a vial of insulin. It is money they simply do not have.

The library is not a place you'd think Littl' Short would go. But he didn't know where else he could be. Maybe there's a recipe for how to make insulin hidden here somewhere.

He ran his hand across the old spines, some with peeled bindings, some with the ancient smell of moths. He was tempted to go down to the South Side and do some 'paper bag' runs. But David would rather die than have his little brother tangled up in that stuff.

Littl' Short fingers bumped against a small leather spine. He stopped and backtracked, his eyes locked on the book. Compared to the doorstoppers, it was a thin volume. He pulled it out from between the wedge.

It was a little black book, not much bigger than one of those planners and diaries. A thin elastic strap kept the volume closed, its brand new pages neatly tucked between its clean leather covers. He opened it. It even smelled new. The pages were empty, completely blank, and pure white -- all except the first page.

A pen fell to the floor and rolled to his feet. Littl' Short didn't know where it came from, only that it just suddenly appeared. He looked at it and thought -- why not?

Without much hesitation, he picks it up and wrote the following words in the book:

A month's supply of insulin for David.

It was 9 pm and neither of them expected anything that late in the night. Yet, there was a knock on the door with a package for David. His brother came back to the kitchen table with a confused look on his face. It was for him.

Littl' Short watched as he opened up the urgent same-day delivery. Five bottles of insulin were neatly tucked between wads of bubble wrap. David stared at the package, unsure about how he felt.

David was speechless. He barely made enough to cover last week's vial driving around delivering food. Suddenly he's in possession of five full-sized bottles. He waited up until their mom got home but she was as surprised and confused as her son.

Littl' Short went to his room and pulled the little black book from his school bag. At first, he figured out was just an ordinary notebook that he could use for his school work. But now, he had his doubts. He turned to the first page. His writing had disappeared and the message had changed.

Littl' Short carried the book with him everywhere he went. He would have told David but he knew his brother. He'd probably use his wishes on things for the family. Littl' Short kept the book to himself.

He could get more insulin through but it wouldn't last. Littl' Short did the math -- $20k probably only enough for a year's supply. During his lunch hours, he started spending time in the computer rooms, sneaking in and locking the doors in hopes that his teachers won't kick him out.

One webpage led to the next, and he soon found himself on the side of the Internet he needed. David wasn't the only one that was on the brink of death. There was another man -- an old chemistry teacher -- three blocks away from where he lived.

Littl' Short turned up at Florence's house. The lawns were overgrown and the place was in a sad-looking state. An elderly man with balding grey hair answered, his face stubbled and his eyes had the same glazed look when David is a bit low on insulin.

"I saw your post about making insulin. Can you do it? Can you make it?"

"Probably, but I don't have the right stuff to extract it."

Florence spoke with a hoarse voice as if he had been smoking up too many cigarettes. But Littl' Short couldn't smell any on him.

"How much do you think it'll cost?"

"Ten grand for the machines and a bit of time to make and test it."

"What if I can get you the machines. Can you make the insulin?"

"I'll probably be dead by then."

Littl' Short didn't know how to respond then he realized Florence's problem.

"How much insulin do you have left?"

"Probably half a month." The old chemistry teacher studied the boy in front of him carefully. "Who are you trying to save?"

Littl' Short didn't tell Florence about the book either but the old chemistry teacher was somewhat grateful to have someone to talk to. He had lost his job a few months ago. Trying to stay alive had eaten through most of the savings he had. He stopped paying his insurance months ago when they wouldn't payout for the things he needed to stay alive.

The man had a plan but didn't have the equipment for it. Although Florence found it strange, he gave Littl' Short the list of things he needed, along with their prices. That night, Littl' Short carefully wrote down the entire list in the little black book, with an added month's supply of insulin for his brother's new hope.

The next day, Littl' Short turned up again at Florence's house.

"How did you do it?" he asked after Littl' Short had finished helping him unpack everything. It's not something that a boy like him could steal, let alone get it directly delivered and addressed to the right person.

"Let's just say I have two grand left. That's half a month's supply each to you and David. Do you think you can make enough insulin by then?"

"I can probably make enough for a thousand people."

Littl' Short could see Florence thinking. The old man didn't have time for answers and just had to accept that his garage now had everything he needed for a makeshift lab. All that would come later. It wasn't the raw materials that Florence struggled with when he came up with his recipe. It was the lack of equipment. But now he had everything he needed. They were running against time. Running out meant death.

"What else do you need?"

Littl' Short learned more about biochemistry from Florence than he ever had in his life. He became the old man's protegee, brewing a yeasty concoction that looked either like the beginnings of bad-smelling beer or some weird and potentially illegal substance.

But they were just making insulin.

Littl' Short half expected the neighbors to report them and the cops come busting him. But no one came, except other biohackers that Florence reached out to for help. They were smart like him but short on funds and the right equipment.

More people appeared at the house, contributing with raw materials, recipe modifications, and calculations that Littl' Short still hasn't quite figured out yet. They pooled together what they had, rationing the final vials of their insulin as they waited patiently for the homemade recipe to produce what they needed in bulk.

The people that came ranged from struggling students, desperate mothers, middle-aged and young men and women with dreams just like his brother. Littl' Short met them all and learned their stories. Some had more cash to spare than others but they all faced the same eventual problem when it came to surviving without insulin. There were about three dozen of them.

Every afternoon, right after school, Littl' Short would make his way to Florence's house. Someone had done his lawns for him and the place looked a bit better.

"Hey, come here. I've got something for you."

There was excitement on Florence's face. The man even finally shaved. He walked taller and there was a bounce in his step. He and a few of the other diabetics had already tried out the homemade insulin and lived to tell the tale.

The old chemistry teacher took him to the fridge. It was completely stacked full of boxes with names written on them. He hunted down the one with David's name.

Florence then reached into his pocket and placed a white envelope on top of the box.

"And this is for you to get some new shoes."

And that's all that mattered.