The amazing diamond is an object made of pure carbon.

Some amazing things can happen on and inside our world. One of them was the creation of diamonds. 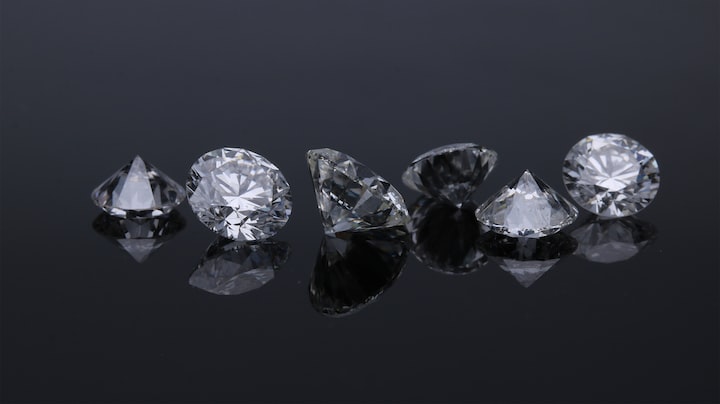 Photo by Edgar Soto on Unsplash

We all know the saying “diamonds are a girl’s best friend” but where did they originate from? Well, we have to go back billions of years to a time when the first carbon atoms were being formed.

I know this is hard to believe, but before time started nothing existed, that changed 13.8 billion years ago when an event happened that would see the creation of the Universe. We call that event the big bang, it was the start of time and the expansion of space itself.

Around 380,000 years after the big bang, the conditions were right for the first atoms to form, they were mainly the lightest atoms of hydrogen and helium along with trace amounts of lithium and beryllium. Roughly 200 million years later vast clouds of hydrogen and helium were drawn in by gravity and began forming denser areas in space, resulting in the formation and birth of the first stars.

It took the first stars millions of years to create elements heavier than hydrogen and helium. That element-building process is called nuclear fusion which takes place in the core of a star.

When these stars came to the end of their lives they exploded, these massive explosions are what we call supernovae. Vast amounts of heavier elements including carbon were blasted far out into space.

Diamonds that we find on Earth are made with carbon atoms that are billions of years old. All of those carbon atoms were manufactured in stars.

There were no planets, dwarf planets, moons, or any other celestial objects orbiting the first stars, at that time there was nothing to construct them.

With the arrival of heavier elements that were now drifting in space, the Universe could evolve into a far more complex place, with many different celestial bodies, similar to what we see today.

Our planet was formed about 4.5 billion years ago, 90 different elements came together to make our world, and carbon was one of them.

Diamonds are the hardest natural substance known to man and were created between one and three billion years ago.

150 kilometres or more below the Earth’s surface, intense heat and pressure can cause carbon atoms to crystallize and form diamonds. We would never have known about them had it not been for very deep-seated volcanic eruptions which transported some of them from the upper mantle to the surface of the Earth.

The speed at which the diamonds were transported to the surface was critical, too slow a journey would have given the diamonds time to degrade to graphite, the stuff inside a pencil.

The volcanic material where most diamonds are found is called kimberlite, it is in these kimberlite deposits that most diamond mining takes place.

The next time you wear your diamond jewellery, just think of how long and complicated a history they have. They are very special objects.

Diamonds can also have natural colours, trace elements of nitrogen, sulphur, and boron can colour them yellow, green, and blue.

Image by giridhar4002 from Pixabay

The images in the article do not relate to any of the named diamonds.

Pink diamonds are different, the pink colour is caused by distortion in the diamond's crystal lattice. The “CTF Pink Star” weighing in at 59.6 carats is valued at over 70 million dollars.

Red is arguably the rarest diamond colour of them all. Being so rare makes them the most expensive stones you can buy. Like clear diamonds, they are pure carbon and have the same structure. Very few are over one carat in weight.

A five-carat diamond is equivalent to a weight of 1 gram.

In the 1990s a Brazilian farmer found a rough red diamond that weighed 13.9 carats. It was cut into a 5.11-carat piece and originally called the Red Shield, it is now known as the Moussaieff Red. As of today, its estimated value is around 20 million dollars. I wonder how much the farmer was rewarded for his special find?

“Diamonds are forever” is that statement true? No, it is not. Intense heat can destroy diamonds; hit one with a hammer and it will probably shatter.

Under certain conditions, diamonds can convert to graphite, but diamonds left at room temperature would last for millions if not billions of years.

Do you find my easy-to-understand articles interesting and educational? If you do then please follow the link for more free reads. Regards.

More stories from A B Forbes and writers in Futurism and other communities.