"OMNI: The New Frontier" is Back

by Futurism Staff 3 years ago

OMNI – the magazine and series of the future – leads the way for all viewers. Rocketing forth to the very edge of The New Frontier.

After 25 years off the airwaves, OMNI: The New Frontier is back and online for your digital viewing pleasure on Vimeo.

For those growing up in the early 80s, this may trigger memories of nostalgia, of visions of the future unlike anything you had ever seen. Illustrations of advanced spacecraft. Brilliant scientists transcending all environmental and bodily limitations. Dreams of colonies on space. Fantasies of robots revolutionizing society.

The Magazine of the Future 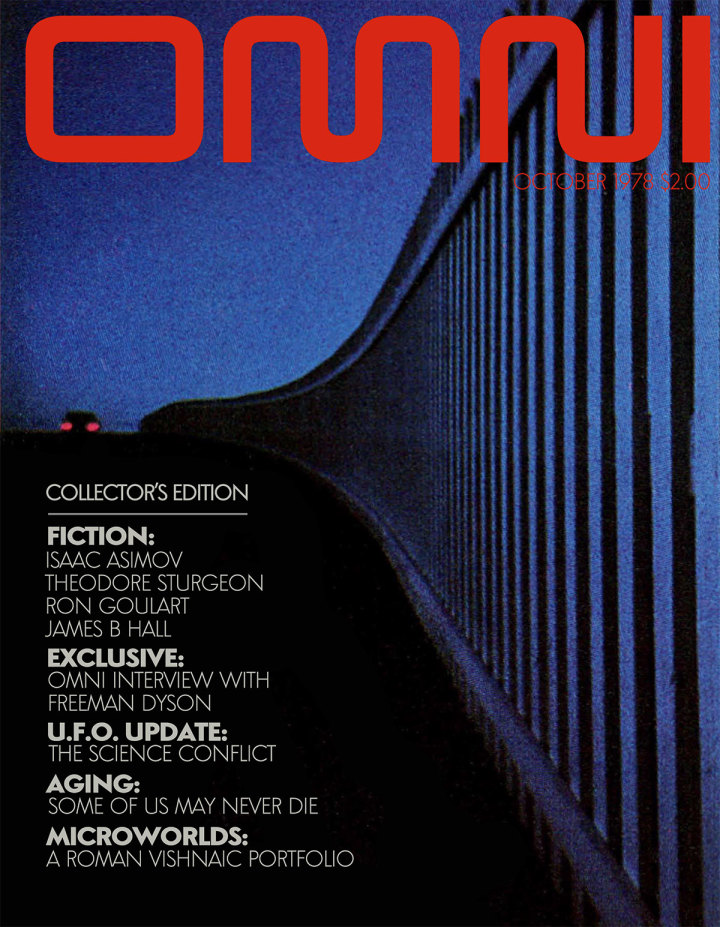 When Bob Guccione and Kathy Keeton founded OMNI Magazine back in 1978, they intended to create a magazine that could submerge readers in a world unlike any other.

OMNI Magazine proved to be the magazine for science and science fiction, providing countless readers the chance to read up on the newest advances in medicine, startling events on the fringes of space, analysis of psychic phenomenon, and the newest tales from the masters of science fiction.

But the magazine of the future could only transport so many to very edge of the new frontier. And so, they made the jump from the news stands to television.

Rocketing Forth to the New Frontier

At the time, the program was one of the few of its kind.

OMNI: The New Frontier offered viewers a glimpse at both the cutting edge of scientific technology (bionic limbs controlled by nerve endings, hydrogen reactors fueled by water, gasoline substitutes in the form of vegetation) and the future of science (controlling weather from space, the future of robotics, colonies on the moon and Mars by 2015).

Joining Peter Ustinov were a host of scientists and science enthusiasts alike. Among the more noteworthy guests were science fiction writers Isaac Asimov (I, Robot and Foundation) and Ray Bradbury (Fahrenheit 451 and The Martian Chronicles), offering a viewpoint of the modern science that fueled their creative spirit, and speculating about what awaited everyone in the future.

OMNI: The New Frontier took audiences on a journey.

And then, a year later, the journey ended.

Why? A number of factors. The Discovery Channel launched in 1982. A great number of programs – many good programs – fell under an onslaught of cheaply produced programs. While the series could bring the public to the frontier of science, the frontier of television made it difficult for the show to stay afloat.

Whatever the reason, OMNI: The New Frontier ended after a one year journey on television. While OMNI Magazine reigned supreme on the news stand, its trip on the airwaves remained short lived.

For the first time in decades, the entirety of OMNI: The New Frontier is available to watch. New episodes and clips will be added every month here. Watch the history of science unfold before your eyes. Watch the greatest scientific minds predict what the future held, and what the future may still hold.