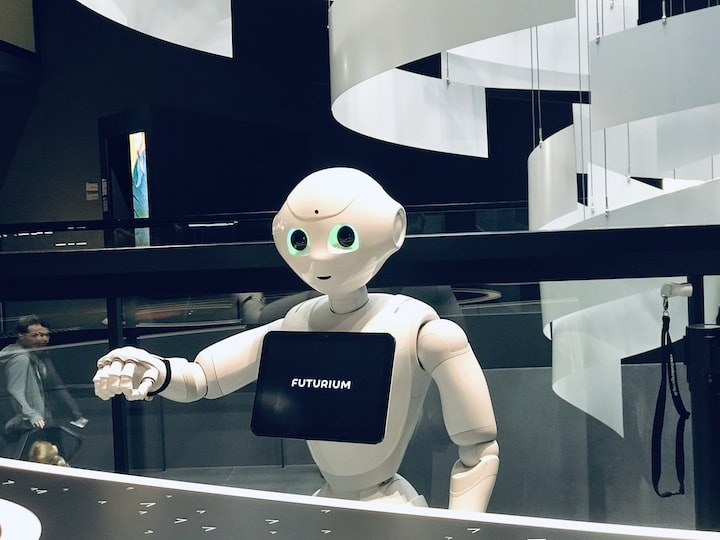 Photo by Fitore F on Unsplash

“‘He stood over six feet tall and all of the townspeople feared him. He had no friends, just enemies.

His world was a world of hatred and greed. He knew no law except his own. He had no morals or conscience. The wise feared him and the ignorant fought him-always losing. Crimes amongst their own was rampant, for the cities were war zones. Then came one to defeat Tonker but would it be too late?’

Wow! My super hero is about to arrive! I have got to get that latest game when it comes out!” shouted Barry.

“Is your super hero going to help you with tomorrow’s math test?” his father called out to him from the kitchen. “Shut off that TV and get studying!”

“Boy you’re in for it if you don’t pass tomorrow’s test,” Emma warned.

“I’m not worried. That test will be a breeze. You can count on it,” Barry bragged.

A few minutes later Barry’s better judgment finally took over. He went to his bedroom and took out his books without telling his sister and studied for the next day’s test.

The next morning as the pupils were sitting in their classroom seats an announcement came over the public address system stating that there is a replacement math teacher taking over permanently for Mr. Bleaker. It ended with: “This is your principal. Let’s all make Ms. Tobor feel welcomed.”

She arrived and all eyes were on her as she walked rather awkwardly to her seat. It was a walking gate that was foreign to the students. She seemed rather stiff as she moved, almost mechanical. Some students were snickering and quietly making jokes about her.

“Do you think she was in a car accident or somethin’?” Barry said to his buddies under his breath.

Emma was baffled by the new teacher.

“I can’t put my finger on it but there is something really odd about her,” she thought to herself.

It bothered her the whole day.

“What do you think about the new substitute teacher we got this morning?” she asked her boyfriend Mathew.

“There is something really odd about her. I just can’t pin-point it. It’s been bugging me all day,” Emma answered.

“I did notice the odd way she walks sometimes but maybe she was born with some kind of a disability. Or maybe she was in a car accident recently like the guys say,” Mathew offered.

Emma just shrugged it off and tried to concentrate on something else.

The next morning in the classroom the students waited for the new teacher to arrive. She was a few minutes late and seemed confused as she tried to get herself organized for the day. She accidentally dropped her binder onto the floor and when she bent down to retrieve it Emma noticed that her head momentarily twitched or jerked. She tapped Mathew on the shoulder

Emma suddenly realized that she had spoken too loudly and might have raised her voice enough for the teacher to be able to hear her. In fact, at that moment Ms.Tobor looked over at Emma with a weird expression and called out.

“Miss Bennett. I wish to speak to you alone today after school. Meet me here at 4PM.”

Emma suddenly felt dizzy as though her head was spinning.

“She knows I know! I can’t be in the same room with her alone,” she thought.

“What is it?” he whispered.

“What’s gotten into your head?” Mathew asked, a bit annoyed at Emma.

At lunch time Emma and Mathew sat at a table in the corner of the lunchroom.

“Now tell me what this is all about,” Mathew insisted.

“Well, I couldn’t figure it out at first but it kept bugging me. ‘She’ is not human!”

“What? The new teacher is not human? Are you nuts?” Mathew shot back.

“Now listen to me. I have been noticing things about her ever since she showed up at the school.”

“Her gestures, her movements. She sometimes jerks when she moves. And the way she talks. It’s too automated. As though she’s a robot! Don’t you get it? What's 'tobor' backwards? She’s an AI! I just

Emma shook her head in disgust.

“You’ve got to believe me and you have got to go with me today. I refuse to be alone in the same room with ‘it’!”

The time had come for Emma to meet alone with the new teacher. Mathew sat on a bench outside of the classroom. Ms. Tobor closed the door behind her as she walked in and sat down behind her desk. Emma was almost shaking. Her right foot was tapping the floor uncontrollably. The teacher spoke almost in a whisper so that Mathew could not hear her.

“Young lady it seems that you have suspicions about my origin. Is this true?”

“My hearing is very good. As a matter of fact it is better than any human being’s hearing. I heard what you said about me and I demand that you stop immediately.”

“Stop? Stop what Ms. Tobor”? Asked Emma, knowing full well what the teacher was talking about.

Ms. Tobor rose from behind her desk and walked stiffly and jerkily towards Emma. The fear in Emma increased even more. So much so that she was about to jump up and run out of the room.

“You see, no one but you and I know the truth about me. I cannot allow you to plant thoughts and doubts about me.”

Ms. Tobor reached down and grab hold of Emma’s arm. Emma jumped up immediately and ran from the room. Mathew followed, running behind her. When they were outside of the school Emma suddenly stopped and told Mathew what had happened.

“Now do you believe me?” she insisted.

“That’s just it! She or ‘it’ has planned all of this. That thing knows what it’s doing. Why doesn’t anyone believe me, especially you?” Emma shouted and rushed away towards her home.

At home Emma pleaded with her brother for help.

“I really need your help Barry. I’m in a real bind and I’m scared,” Emma said.

“Ok. I can tell that you’re serious. What’s going on?” he asked.

After his sister told him all that had happened, Barry thought for a few seconds.

“Now what would a super hero do?” he said.

“I know! So am I,” her brother replied. “This all makes sense. I noticed something odd about that teacher but I too couldn’t put my finger on it. This is exactly what an AI would be acting and sounding like if it wasn’t perfected or started to become defective.”

He pondered what he could do in order to help his sister.

“I’ll tell you what, Sis. Leave it with me. I’ll take care of this,” Barry said with a gleam in his eyes.

That night Barry contacted his four ‘super hero’ buddies. Dressed in their super hero outfits and with the help of their electronic devices they found out where Ms. Tobor ‘lived’. They all went to the house and peered through the windows. Their video cameras were recording. His back was towards them but they could clearly see a man seated, facing Ms. Tobor and connecting wires to her. He reached behind her head and, after flicking a switch under the wig, he lifted her head back exposing continuously flashing multi-coloured LEDS! He made some notes and placed them into a desk drawer.

At one point the man had disconnected one of her arms and removed it! He adjusted the tension of a spring inside of it. He made more notes and placed them also into the desk drawer. That’s when Barry noticed the large ring with an ‘X’ symbol on his right hand. Barry whispered to one of his friends.

“Bill, you knock on the front door. This window is open. I'll climb in and grab what I can when he goes to answer it.”

It worked out perfectly. There was a knock on the front door. The man went to answer it and Barry slid the window open and climbed in. He quickly grabbed a bunch of papers from the desk drawer and jumped back out of the window to safety.

“We’ve got it all recorded. We have the ‘evidence,’” whispered Barry.

Back home Barry told his sister what had happened.

“You were right all along about your suspicions about her being an AI, Sis.”

“That is a big relief. Thanks Barry. You’re amazing!”

“We were able to decipher the notes from that guy's desk. AI's are planning to take over the world!

They do away with human beings starting with the schools first! Now we have the evidence-the papers along with video evidence. We'll hand it all in to the principal in the morning.”

The next morning Barrie could not get in touch with the principal but instead left all of the evidence outside of his office in the 'incoming' holder with a short note.

As the pupils were sitting in their classroom seats an announcement came over the public address system stating that the entire group of teachers had permanently been replaced. The entire student body watched as the new teachers arrived and they all walked rather awkwardly to their seats. It was a walking gate that was foreign to all students except Ms. Tobor’s students. All new teachers seemed rather stiff as they moved, almost mechanical. There was no snickering or whispering behind their backs. This time it was no laughing matter. The announcement ended with, “Let’s all make our new teachers feel welcomed and thank you Barrie for the information you left me.

Then the right hand with the large ring with an ‘X’ symbol turned the microphone off.

I am 74 years old and got the bug to write late in life. It has been about two years since I last wrote a short fictional story and now because of Vocal I got the 'urge' back again. To tell the truth, I like it!

More stories from Len Jeffrey and writers in Futurism and other communities.