by Monica Stefan about a month ago in tech
Report Story

Technology-driven automation is becoming more visible in our daily lives 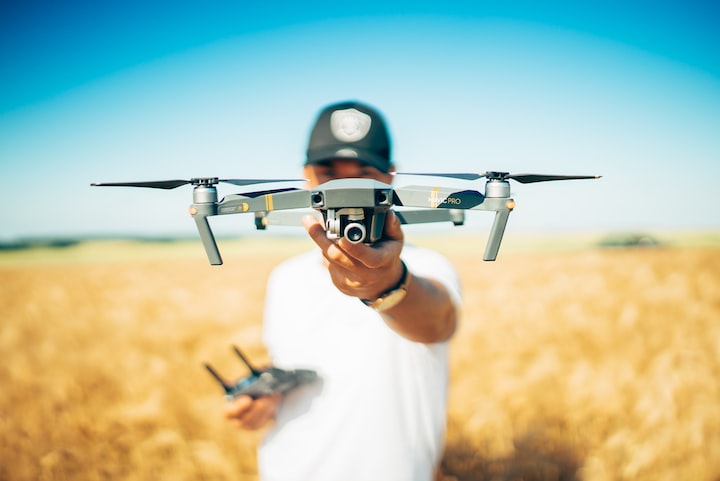 Photo by david henrichs on Unsplash

Technology-driven automation is becoming more visible in our daily lives, and it plays a key role in the global economy.

Individuals and businesses are beginning to question what influence the present wave of automation will have on their future economic prospects as technology impacts more and more occupations.

Modern commercial drone technology has emerged as a result of advancements in robotics and artificial intelligence, and it is transforming the way businesses interact with the rest of the world.

Drones serve as a link between the physical and digital worlds. They let businesses to combine the capability of scalable computational resources with ubiquitous, low-cost sensors that can be deployed anywhere.

As a result, businesses will be able to make quick, precise judgments based on massive datasets obtained from the actual world.

Getting rid of dangers

An opportunity presents itself for persons in positions that need a lot of time spent traveling to the far reaches of where businesses conduct business, or to a precarious perch to obtain a good perspective, such as infrastructure inspection or site management.

Identifying the condition of circumstances in the physical world and analyzing and reporting on that information has historically been a perilous job. Climbing on towering structures or unstable regions, as well as traveling to remote locations to assess important infrastructure such as live power lines or large dams, may have been required.

As part of the current wave of automation technology, commercial drones will significantly alter this procedure.

The jobs involved will not go away, but they will alter.

According to a McKinsey study on Automation, Employment, and Productivity published in January 2017, less than 5% of all occupations can be fully automated using proven technology, but two-thirds of all employment might have 30% of their work automated.

Many vocations will become not only more efficient, but also safer, with more mental rather than physical skills required.

In the near future, jobs that were once considered arduous and tedious would resemble knowledge-worker jobs.

People in these positions have had to go to significant lengths to gather data for analysis and decision-making in the past.

That information can now be gathered without putting people in danger. People in these positions can further their careers without having to wear a harness or climb to unsafe heights.

We've witnessed this directly in our work doing commercial drone operation training for some of America's major insurers, whose teams generally include adjusters in their later years.

The physical demands of climbing on roofs to conduct inspections when you're 50 can make you consider early retirement or a career shift.

Keeping hard-won knowledge in the workplace

However, these employees are among the best in the industry, with decades of expertise.

Due to physical restrictions, no one wants to abandon hard-won abilities.

We've discovered that industry veterans like these are among the most enthusiastic commercial drone users for rooftop inspections.

After a week of training, these adjusters could fly a commercial drone to collect data from rooftops without having to climb.

Their extensive knowledge of claims adjustment can be applied in the field without the need for the usual physical exertion.

Experts with knowledge and experience, such as veteran insurance adjusters, are significantly more difficult to come by than someone who can learn to operate a commercial drone system.

Because physical data collection is no longer required, their expertise can have a global influence, and the rivalry for these professions will be global as well.

Workers that focus on improving relevant digital skills will come out on top in this transformation.

Their traditional manual instruments will become significantly less important than those that enable them to have a digital influence.

As more work is done using iPads and cloud software, the tape measure and ladder will become obsolete.

This move will also provide many more opportunity to complete work that is now unfinished.

In the past, the value of a building inspection had to be weighed against numerous disadvantages, such as the cost of shutting down a business to conduct an inspection, the risk of sending a worker to a roof, and the sheer scale of the sites.

The majority of commercial building owners and underwriters have no idea how bad their structures are.

Drone inspections significantly minimize the inherent problems of data collecting, allowing considerably more structures to be inspected and creating a demand for human workers to study this new dataset.

Filling this demand necessitates specialized knowledge and a niche skill set, which existing workers in this industry, such as veterans from our training groups who were about to leave the field, are best suited to deliver.

This trend can be found in a variety of industries, including insurance, telecommunications, mining, and construction.

Now is the time to prepare.

Businesses in industries that will be impacted by new technology should begin preparing for the change now.

Those who do not will be obsolete in ten years.

Workers in industries where careers are generally cut short due to physical risk can invest in obtaining digital skills to extend their careers and raise their worth while decreasing the physical toll.

Individuals who find their companies falling behind in innovation have the option of leaving for a more innovative competition or taking a leadership position in kickstarting internal projects to catch up.

There is no shortage of problems to solve or obstacles to overcome in the world.

We'll be able to address more of them with commercial drones and the broader wave of automation technology. This will open up several options for those who are willing to take use of this technology. Now is the time to start preparing.

More stories from Monica Stefan and writers in Futurism and other communities.