by B Walker 9 months ago in literature

The Urban Legend of Hypatia 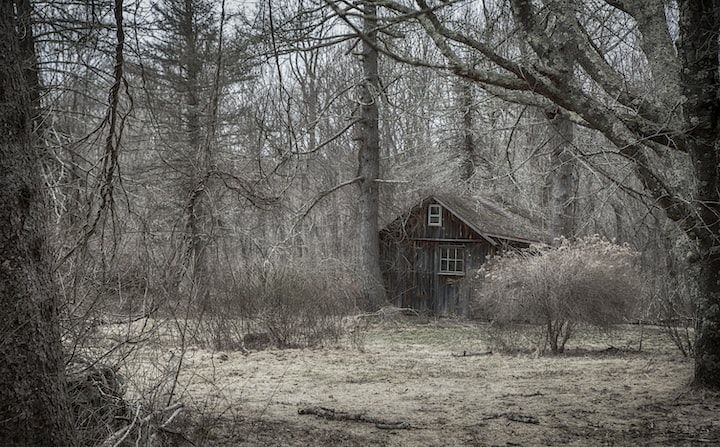 Photo by Kerensa Pickett on Unsplash

Mr. Alexander was not present for his only daughter's birth. In fact, after returning from a research trip in Greece, he had become more and more withdrawn from his family and friends. Mr. Alexander worked, day in and day out in his attic laboratory; coming up with medicines and potions which he would sell to willing neighbors who had ailments. This was a very strange practice in modern times and because they didn’t understand his methods, the locals called him crazy.

It was leather-bound in a deep green color, so deep it showed black.

Hypa Alexander was not an ordinary girl. She was somewhat of an urban legend in her town. On the day of her birth, Mr. Alexander was locked in his lab working on a tincture when his elbow knocked into his bunsen burner and blew up the lab with him inside. All that was left was a small notebook; a souvenir he had brought back from Athens. It was leather-bound in a deep green color, so deep it showed black. This little black book was the only keepsake Hypa had of her father’s and she carried it with her every day.

After the accident, rumors circulated that he’d gone mad and committed suicide. Unfortunately, her father’s infamous death followed her throughout her school years and she was shunned as the daughter of a madman.

When she was in the 8th grade Hypa discovered something special about her little black book. Every night before she went to bed she would read one of her father's entries. When she fell asleep she would instantly be transported to the land he had so eloquently described. From the pyramids in Egypt to the Aztec temples of Mexico, she would go on wondrous adventures seen through the eyes of her father.

She wrote a simple phrase, one of her innermost desires...

One night before bed Hypa decided to write her own entry in the little black book, she felt it would bring her closer to her father, and she wondered what kinds of dreams she would have. She wrote a simple phrase, one of her innermost desires; the desire of any red-blooded 16-year-old girl. The captain of the football team spoke to me today. When she woke the next morning she was disappointed to find that she had not had any vivid dreams, in fact, she hadn’t dreamt at all.

Later, after Science, some Cheerleaders knocked Hypa’s books out of her hands while dancing through the halls. As she bent down to pick them up she heard a voice.

Robert Clair, the captain of the football team had picked up her books. As she reached for them, he touched her wrist and said “Nice bracelet.”

“Ooooh my gosh!” She exclaimed!

Hypa snatched the books, ran to the bathroom, and locked herself in the stall.

“No, it couldn’t be.” She said, taking out her pen and writing again.

When she came out of the bathroom the bell rang and she headed toward the gym. The popular girls loved to torture her in the locker room and she hated it. When she got there the gym doors were closed with a sign that read: Do Not Enter! Closed for Disinfection.

Hypa could hardly believe it. Was this real life? She tried one more test on the way home. It was pretty far-fetched as her mom always worked late and was never home to cook dinner; so she always left money for pizza. She wrote. Mom cooked dinner tonight. When Hypa arrived home, her mother’s car was parked outside. She smelled brussels sprouts and broccoli and found her mother in the kitchen seasoning salmon fillets.

"Hello, Darling!” Her mother sang. “The most amazing thing happened today. Your father’s friend Mr. Helmont came into the shop and told me that he sold the bookstore. He said that your father invested in it just before you were born and since he sold it, he wants you to have $20,000 as a return on your father’s investment!”

Hypa burst into tears and ran to her room, she was overwhelmed. Things were happening so fast, and it was all thanks to her little black book.

After she discovered the book's secret, Hypa had begun studying her father’s old works.

At school, Hypa was very studious and excelled at math. She was in her junior year and dealing with normal teenage growing pains, all with the added misfortune of being labeled the town freak. After she discovered the book's secret, Hypa had begun studying her father’s old works. She was withdrawing inside herself more and more, spent all her time alone, and her mother became increasingly concerned. Unbeknownst to her, Hypa had a plan. For her senior year, she would become a completely different person. Almost unrecognizable.

Over the summer she planned every detail of what her new life would be like; how she would dress, who she would date, and what she would drive. She could smell that new car smell, she could feel the excitement of the cheerleaders complimenting her outfits every day, and she got chills thinking of her first kiss at the winter formal.

She started by walking everywhere and eating healthy, this helped her to lose weight so she could wear her ideal dress to prom. Then, she went to the mall and got a free makeover, the ladies at the makeup counter showed her how to apply her face, and Agnes at the town boutique taught her how to walk in heels. Her transformation was complete.

She was the toast of the campus and even the cheerleaders took notice.

By September, Hypa was ready to take the school by storm. The night before the first day of school she wrote about her perfect day specifying every detail. Just as she had done all summer. When Hypa arrived at school in a silver hybrid, everyone wondered who the new girl was. She walked in with confidence and everyone turned their heads. The girls fawned over her looks, introducing themselves to her for the very first time. Guys asked to carry her books and invited her to lunch. She was the toast of the campus and even the cheerleaders took notice.

By mid-semester, Hypa had become class president, scored the lead in the school play, and was dating Robert Clair. This did not sit well with Amber, the head cheerleader, at all! She wondered where Hypa got this newfound confidence. She also noticed that Hypa always had that little black book.

Over the next few weeks, Amber studied Hypa’s every move. In addition to being popular at school Hypa also became well known in town. She donated her free time at the local animal shelter. She did sunrise yoga near the creek and was always writing in her little black book.

“I don’t know, but leave it alone Amber!” He said, storming off.

“Hmph,” She thought to herself as she devised a plan.

Amber kept a watchful eye on Hypa, and the final straw came in the spring semester when Hypa was nominated Prom Queen alongside her. Being prom queen was Amber’s natural right, as she was head cheerleader. But, thanks to Hypa's popularity, it seemed Amber's dream might be out of reach. She decided then and there to turn everyone at school against Hypa so that SHE would be crowned Prom Queen.

She discovered this skill over winter break...

By the end of her senior year, Hypa’s connection with the book had become so strong that she was able to teleport herself anywhere in the world in real-time! She discovered this skill over winter break when she met with Mr. Helmont for one of their daily downloads. She had grown close to him as she began studying her father’s works. He taught her about focusing on her goal right after writing it down and one day she actually teleported from a park bench to her bedroom! She was very weak and returned about 10 seconds later, but she did do it.

Hypa spent all winter strengthening her mind and by March the next year, she was teleporting around the globe. She visited old bookstores and cafes meeting with historians and researchers who knew her father. They all taught her new and interesting ways to use the deep green book; so deep it showed black.

It seemed that nothing could bring Hypa down.

At school, Amber had tried unsuccessfully all semester to embarrass Hypa. When she tripped her in the hall, classmates came to her aid. When she changed her shampoo in the shower after gym to neon green hair dye, Hypa sparked a new trend. When she tried to seduce Robert and take pictures, her phone crashed suddenly. It seemed that nothing could bring Hypa down.

One day, while stalking Hypa at sunrise yoga, Amber saw her teleport. This terrified Amber and she started a rumor that Hypa was a Sorceress! She said that she saw her by the creek chanting to herself and then she disappeared right before her eyes. She alerted the town sheriff that she might be dangerous and that her power came from her little black book. When the book was confiscated, the writings were in a series of drawings and glyphs, no one could make sense of them. Hypa had also stopped teleporting physically and had turned to astral projection, so her body was always present and it just looked as though she was asleep.

By semester's end, Amber had lost it. Hypa bested her at every turn, and she decided to do something extreme in order to gather proof of witchcraft against Hypa.

Amber went out to an abandoned cabin in the woods, she drew pagan symbols on the walls and even went so far as to sacrifice a black cat and splatter its blood around an alter. Then she went back to school and left a note in Hypa’s locker.

“You have taken everything away from me, I’m going to end it all tonight.” She wrote.

When she stepped inside, Hypa felt a sharp pain in her arm as Amber jabbed her with a needle.

When Hypa read her note she ran out of the school panicked, looking all around for Amber. Amber spotted Hypa and ran off crying, jumped into her car, and sped off. Hypa followed immediately after her. Amber led Hypa to the cabin and stood outside her car, she put a knife to her own throat and walked backward entering the cabin. Hypa was hysterical.

"Amber please, don’t do this. This is not what I wanted to happen." Hypa pleaded, following Amber into the cabin.

When she stepped inside, Hypa felt a sharp pain in her arm as Amber jabbed her with a needle. Everything went dark.

As she came to, the sheriff was fanning her awake. Her hands and mouth were covered in cat blood and Amber was in the corner crying uncontrollably. The damage had been done. The sheriff, really believed Hypa to be a Sorceress. He launched an unrelenting campaign against her and the week before prom, Hypa was sentenced to death.

For her final request, Hypa asked to write a note to her mother inside the little black book. She wrote one sentence and handed it back to the guards.

Receive stories by B Walker in your feed
B Walker
Read next: Part 16 of Beyond the End of the World, Lokians 1