How Jurassic Park Screwed Up

by Angel Henschel 2 years ago in scifi movie

A Geologic Analysis for Dummies

Everyone and their mother is familiar with the movie Jurassic Park. It has a massive fan base-- and for good reason! It's a fantastic *fictional* film. Emphasis on the fictional.

Well I'm glad you asked! Continue reading, and I'll happily tell you about a few of the geologic issues of the film-- as viewed by a geology student herself!

(Disclaimer: These are based on my own knowledge, which is strictly limited in the field of biology. I'm by no means a subject-matter-expert and so these will focus primarily on paleontological flubs.)

That being said, let's go ahead and delve in! 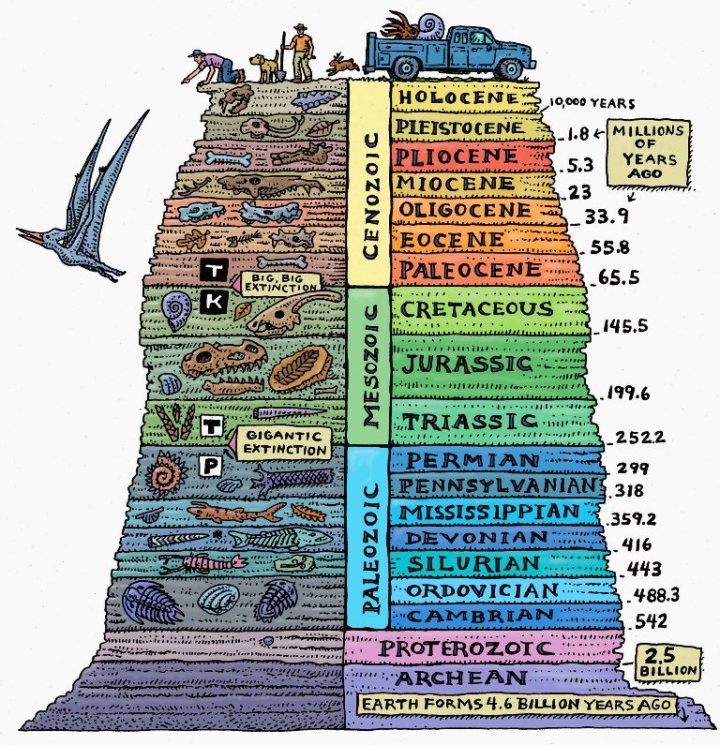 Boy oh boy, this one is by far my biggest issue with this film.

A great majority of the dinosaurs cloned in the film weren't even in existence during the Jurassic Period! The Jurassic Period thrived roughly 201-145 million years ago. Most of the creatures in the film (T-Rex, Velociraptor, Triceratops...) lived during the Cretaceous Period... Not on the Jurassic/Cretaceous border either! They lived at the end of the Cretaceous-- very shortly before a mass extinction event wiped out around 75% of Earth's species.

That's about an 80 MILLION year difference. Kind of major for a movie devoted to that time period, don't you think?

Aside from that error, the "Cretaceous Park" film (see what I did there?) made a second flub concerning the timescale!

The next problem I have is that dinosaurs that would have *never* come into contact during history knew instinctively which creatures were predators and needed to be avoided.

Stegosauruses and Brachiosauruses DID live during the Jurassic Period. Yet they knew they needed to take off and get out of the way when a Tyrannosaurus Rex came through.

T-Rex dinosaurs went extinct 88 million years before the first of either species above ever stepped foot on the planet. Ok fine, but they were smart creatures. They probably just knew, right?

Using a calculated Cleveland Intelligence Value (a fancy math equation comparing body mass to brain mass) it's been determined that Stegosauruses are pretty dumb in the grand scheme of things. For comparison purposes, *goldfish* significantly outrank them in wits. (Goldfish are more intelligent than the beloved Tyrannosaurus, as well-- if you were wondering)!

Considering all that, I find it incredibly hard to believe they were smart enough to avoid a species they'd never encountered.

Error #3: Velociraptors in the United States

The next big complaint I've got shows up in one of the opening scenes of the movie. You see a bunch of paleontologists digging for fossils in Montana. Cool! What are they looking for? Velociraptors.

That's strange to me, because there have be exactly ZERO Velociraptor fossils found in the United States. (Montana has plenty of dig sites housing loads of other species' bones, but as for this particular type? None).

A well-researched expert who is a leader in his field would surely know this! Yet, that's how Jurassic Park begins.

It’s possible to argue that Earth’s continents were all in the form of Pangaea at that time, which is true. So it’s also feasible that Velociraptors could theoretically be found in Montana. But with all the searching that’s already been done, and has proven unsuccessful, it’s very unlikely it’d be a place Paleontologists would go with the specific purpose of *finding* those fossils.

The last error may not be *as* far fetched as the rest, but it's an exaggeration nonetheless. In the film, scientists extract the DNA from an 80-some million year old fossil-- that's how they recreate the dinosaurs for the park in the first place!

Though experts in the field have been able to extract DNA from fossils, the oldest DNA ever extracted was merely 800,000 years old in comparison. That sample was also extremely well-preserved in an ice core its entire duration of preservation.

This makes it pretty far-fetched to think that scientists could recover 80 million year old DNA from a fossil buried in rock in Montana when that isn't even the case for samples buried deep within glaciers in Greenland!

It only *begins* to look at the geologic inaccuracies-- totally disregarding the chemical and biological fallacies, as well. Don't get me wrong, it's a fantastic movie, but should definitely be called what it is: an imaginative and spectacular work of fiction.

Now go off and impress your friends with your newfound knowledge of "Cretaceous Park"!

See all posts by Angel Henschel →