by Dave Weaver about a year ago in fantasy
Report Story

A short story by Dave Weaver 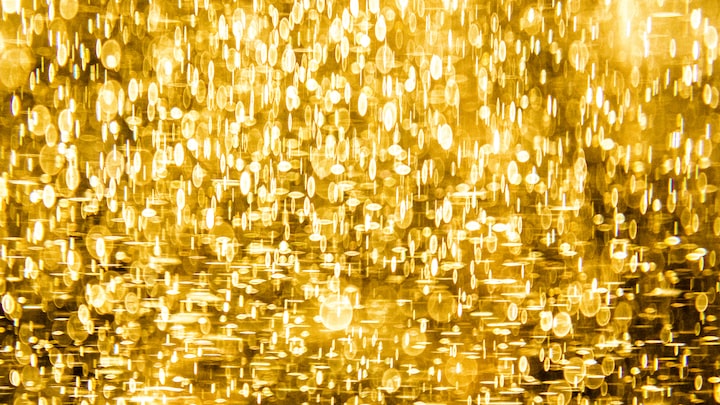 Photo by Lucas Benjamin on Unsplash

When I first signed up for the Celebrity Charity Solar Trek with all its banal publicity, appalling narcissistic fundraising events and the rest of the pseudo-caring garbage my agent called it a ‘smart’ move. It was something to distract from my 'drugs thing' he said. I told him the Olympic testers would never pin anything on me anyway despite the publicity but he reckoned that didn’t matter to the general public nowadays. It's their dim perception of your character that counts, bless ‘em.

He was right of course; everything’s about perception. I don’t really care about charity schools in Mozambique, drinking water in Uganda, hospitals in wherever. I’m not one of those touchy-feely sports celebs who pretend they need to ‘put something back’. I have nothing to put back but plenty still to take. If hiking for a couple of days with a bunch of sports and showbiz bores makes me Mister Nice Guy so be it.

I need to be number one again you see; back in the GB team, up for the next Olympics. I need to be on the back of the Cornflake packs, on the One Show with my new ghost written tome on the bookshelves of Waterstones’ and myself plonked on the pundits’ panel at Sky Sports.

Basically, if I can get it to all the rest of that shit to come right then the records will take care of themselves. They always have.

So here I am, the friendly face of sport. The guy your kids can look up to, who’s doing his bit for world poverty whilst flogging building societies to you on the telly. See me amusingly stumble through the inane sales pitch just like I’m one of you. Although of course, you must realize I’m not. Not one of you.

How the fuck could I be?

Do you get up at five o’clock every morning to run twenty-four miles? You’d be certified insane if you did and probably knocked down by a juggernaut soon afterwards. I do that and a damn sight more. I eat to a diet you literally couldn’t stomach, work out for hours you can’t imagine. I do horrendous stuff to my body; to my guts when I’m training and my mind when I’m focussed solely on winning. When I hit that first pain barrier it’s more like a car crash, when I hit the second one its like murder. After that I generally win.

Wrong! I do it for myself; for the gold, for the glory, for the fame and endorsements and, frankly, the women. But most of all I do it because I can and you, and ninety-nine point nine percent of the people on this sodding planet, can’t.

So that’s why I’m here right now, dragging my sorry arse though this snowfield, across these crevasses, up one strength-sapping, soul-destroying snowdrift and down another.

I think I’ve lost my eyelids, by the way.

And maybe one ear, though not the other one yet. Funny thing; you’d think they’d both go at the same time. Weird shit like that I’ve been thinking about for the last ten hours or so. Toes as well; will the left lot drop off before the right? It's a sort of competition isn’t it? I love competitions you see. I’ll look at things that way to protect my sanity. Or is that first sign of madness?

And if so, what’s the last?

Excuse me, I’m rambling now. I must plod on; make haste before the sun shines (as they don’t say). That’s what I’m waiting for you see; the sun. I’m trekking through darkness, although you couldn’t really call this dark; the grayness I suppose. In the day it’s a whiteout, in the night, a grayness. In the day there’s the sun, in the night, nothing.

Nothing but the freezing chill of immanent death.

So here I am, stumbling ever onwards. Through the bitter shrill of an arctic wind shredding whatever skin I still have left on my face, ripping its way through the layers. I can’t go on but I will, through pain barriers too numerous to keep count. I will go on right up until the end, the tape, the finish line; wherever, whenever that is.

When the helicopter taking the actors and actresses, game-show hosts and has-been (there, I’ve said it) sports personalities to the campsite crashed, when we came down in the middle of the middle of nowhere, when the ones still alive pulled themselves from the wreckage and staggered far enough away to dodge the explosion. When all that happened three days ago… well I have to admit, I began to doubt my agent’s definition of ‘smart’.

But in the end it was just another race. I left the others behind, eventually shrugged them off; left them to win or lose, live or die. You can’t be sentimental when you’re racing for your life. I dragged myself in the rough direction of the base, through the vile storms and sawing winds, through the sheer bloody pain.

I’ll still be here at the end after everyone else is finished. Just me left, going for it; for that beautiful golden disc that’s always up ahead of me as it crests the white horizon and rises majestically in the monotone sky to lend me its warmth for another day.

I’m going for it now, straight through the night till dawn, straight though the pain to the glory.

More stories from Dave Weaver and writers in Futurism and other communities.